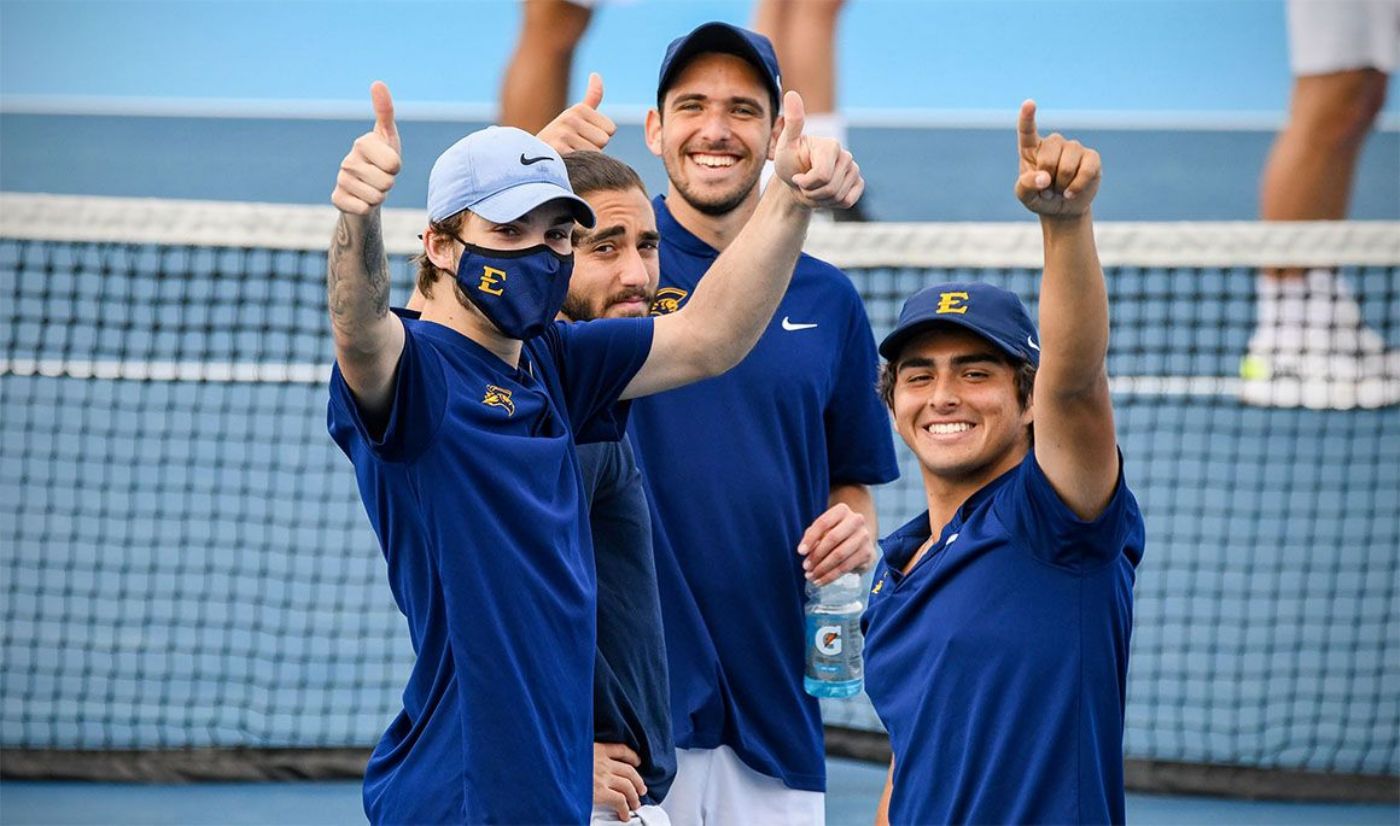 Men’s Tennis Heading to the Carolinas

Bucs to square off with Carolina competitors

About the Bucs
The Bucs have come away victorious in each of their last two matches, winning both contests by a score of 4-3. Most recently, ETSU toppled Radford in the Buccaneers’ home opener on Tuesday, March 9. The Bucs claimed the crucial doubles point en route to the 4-3 triumph.

Dimitri Badra (Maracay, Venezuela) leads the team with the lone winning mark in singles play, posting a 4-3 overall record. Thiago Pernas (Buenos Aires, Argentina) is right behind Badra with a 3-3 mark, while veteran competitor Frazier Rengifo (Cali, Colombia) has posted a 3-4 record on the year.

Taming the Terriers
Wofford comes into Friday’s match with a 5-4 record, including 1-1 in Southern Conference action. The Terriers most recently defeated Davidson by the final of 6-1 on Sunday, March 7. Wofford has won four of its last five matches, with the lone loss coming to Mercer on March 6 by the final of 4-3.

Omar Williams and Will Fullett lead the Terrier squad with identical records of 6-3. Williams has done all of his damage in the top singles position, while Fullett is 6-0 in the No. 6 slot. The duo have been successful in doubles action as well, with Williams paired up with Bryce Keim (6-3) and Fullett partnered with Ashe Ray (6-3).

Challenging Charlotte
Charlotte holds a 7-5 overall mark heading into this weekend’s festivities, most recently upending Coastal Carolina on Sunday, March 7 by a 4-3 score. The 49ers will take on UNC Asheville on Saturday before squaring off with the Bucs on Sunday.

Ignasi de Rueda and Olle Wallin have each collected eight singles wins with Wallin holding an 8-1 overall record, including 3-1 in the top singles position. As a team, Charlotte is 40-28 in singles matches this year. Doubles play has been a tougher go for the 49ers, posting a 14-18 mark, led by Henry Lieberman who is 7-5 this spring.