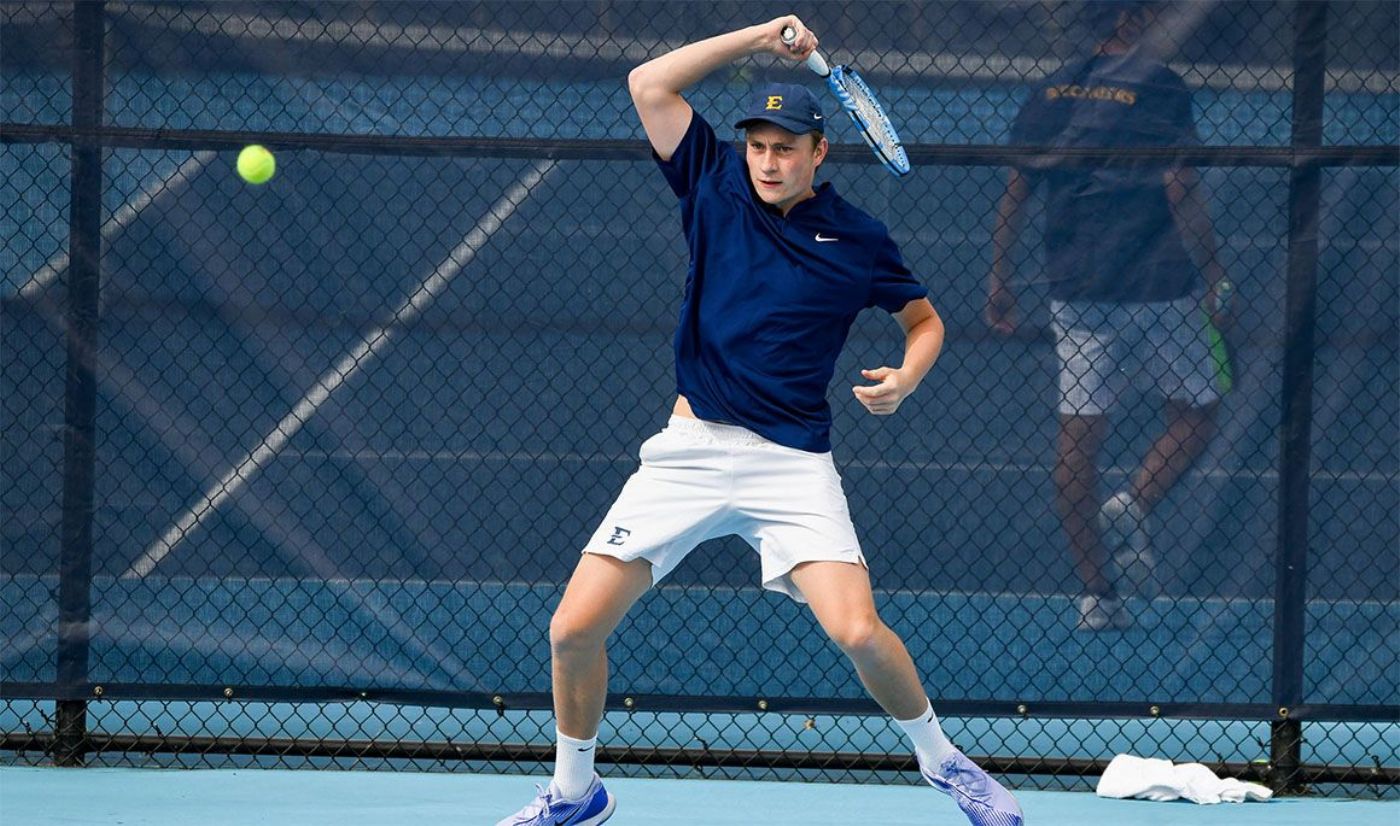 SPARTANBURG, S.C. (March 12, 2021) – The ETSU Men’s Tennis team is beginning to find its stride, earning a third consecutive victory to improve to 3-5 on the campaign. The Bucs toppled Southern Conference foe, Wofford, by the final of 7-0 to advance to 2-0 in league play. With the loss, Wofford falls to 5-5, including 1-2 in SoCon action.

ETSU began the match with quick work in the doubles matches, claiming a pair of 6-3 matches in the No. 1 and No. 2 doubles positions. Frazier Rengifo (Cali, Colombia) and Juan Lugo (Maracay, Venezuela) started off with the 6-3 win in the top doubles slot, besting Bryce Keim and Omar Williams. The doubles point was clinched with an identical 6-3 triumph from Thiago Pernas (Buenos Aires, Argentina) and Dylan Bednarczyk (Toronto, Ontario), defeating Javi Casasolas and Callum Rendle. With the point secure, the Bucs added another doubles win as Miguel Este (Caracas, Venezuela) and Dimitri Badra (Maracay, Venezuela) claimed the 7-6 victory over Will Fullett and Ashe Ray.

Este quickly doubled the Buccaneer lead from the No. 6 singles slot, cruising past Fullett in straight sets, 6-2, 6-2. The singles win was the first victory of the season for Este, improving to 1-2 on the year.

ETSU extended its lead to 3-0, pulling one point shy of the victory, with Badra’s straight-set victory in the top singles position. The Venezuela native upended Williams, 6-4, 6-2 to improve to a team-best 5-3 on the season.

The match was clinched in the No. 2 singles position for the second consecutive outing as Rengifo cruised to a 6-3, 6-2 victory over Rendle to put the Bucs on top, 4-0.

ETSU will be back in action on Sunday at 1 p.m. when the Bucs take on Charlotte in Charlotte, N.C.