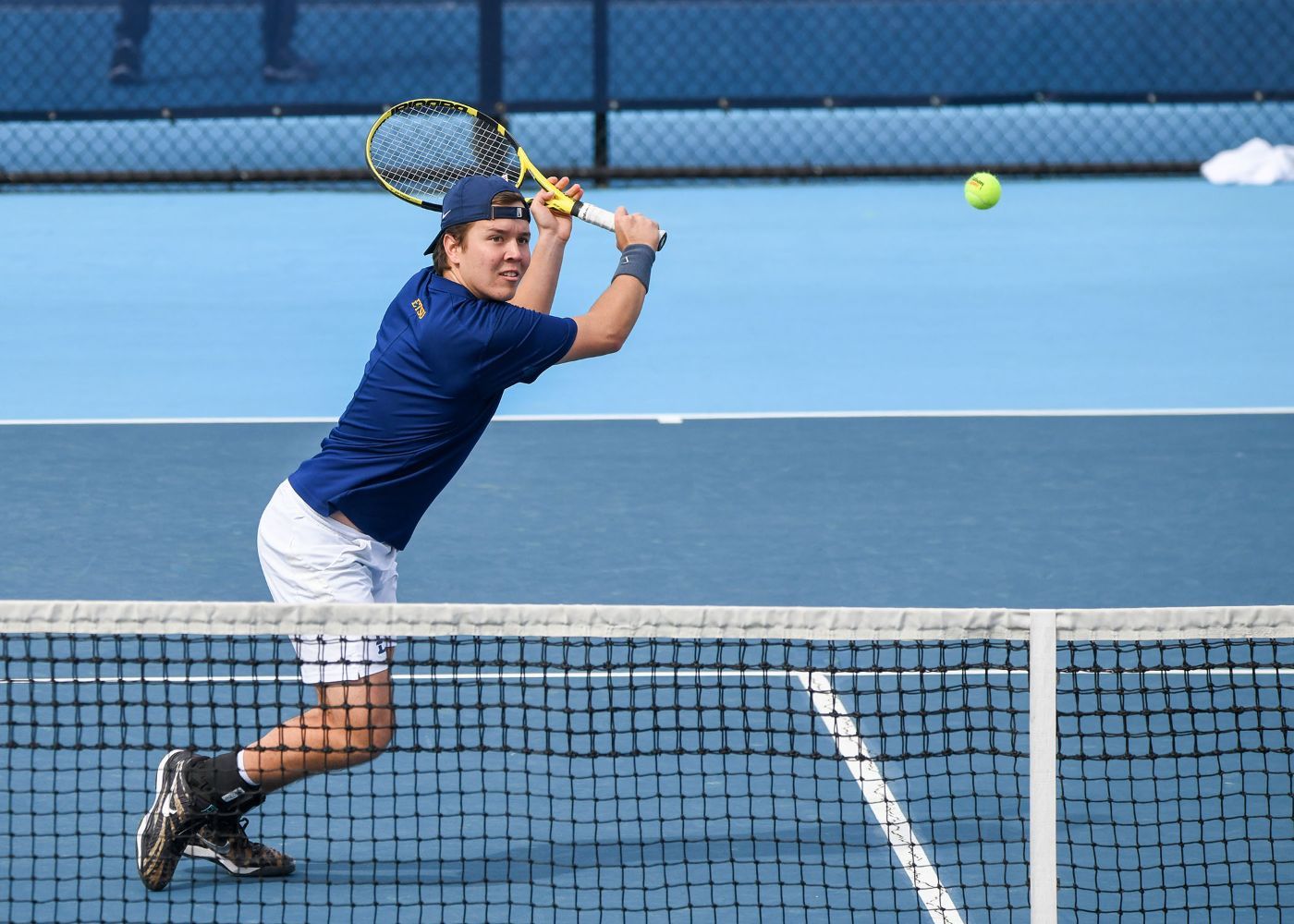 CHARLOTTE, N.C. (March 14, 2021) – The ETSU Men’s Tennis squad is returning to midseason form with a fourth consecutive win, this time defeating Charlotte by the final score of 5-2 in Charlotte, N.C. With the win against the 49ers, ETSU improves to 4-5 on the campaign. Meanwhile, Charlotte drops to 8-6 for the season.

The Bucs took the early 1-0 lead after claiming the doubles point for the third consecutive match, this time winning two of the three matchups against the 49ers. Charlotte claimed the first doubles victory with a 6-0 win in the No. 2 position, but the Bucs retaliated with a 6-0 thrashing in the top doubles slot as Frazier Rengifo (Cali, Colombia) and Juan Lugo (Maracay, Venezuala) put away Ignasi de Rueda and Stefanos Savva. ETSU secured the doubles point in the closest match of the three with Dimitri Badra (Maracay, Venezuela) and Miguel Este (Caracas, Venezuela) defeating Ben Wayand and Peter Glenn, 6-1, in the third position.

The 49ers evened the match back at 1-1 after a straight-set victory in the No. 4 singles slot with Savva upending Milo Bargeron (Chistlehurst, England), 6-1, 6-2.

ETSU reclaimed the advantage with a dominating 6-0, 6-3 singles win in the No. 6 position as Este picked up his second singles victory of the year by defeating Cole Brainard.

From that point on, it was all ETSU as the momentum had shifted permanently in favor of the Bucs. The Blue & Gold pushed the lead to 3-1 with a 7-6(8-6), 6-4 win from Rengifo as the Colombia native defeated Lieberman in the No. 2 spot. The match was officially clinched for the Bucs out of the No. 5 singles slot with Juan Sebastian Zabala (Guayaquil, Ecuador) claiming a thrilling three-set triumph over Menezes, 6-0, 2-6, 6-3.

With the match in hand, the Bucs split the final two singles battles with Badra extending his record to a team-best 6-3 following a win in the top spot over de Rueda, 2-6, 7-5, 6-3.

The Buccaneers will be back in action for a midweek conference battle, making the trip to Macon, Ga. to take on the Mercer Bears. The conference showdown will commence at 2:30 p.m.