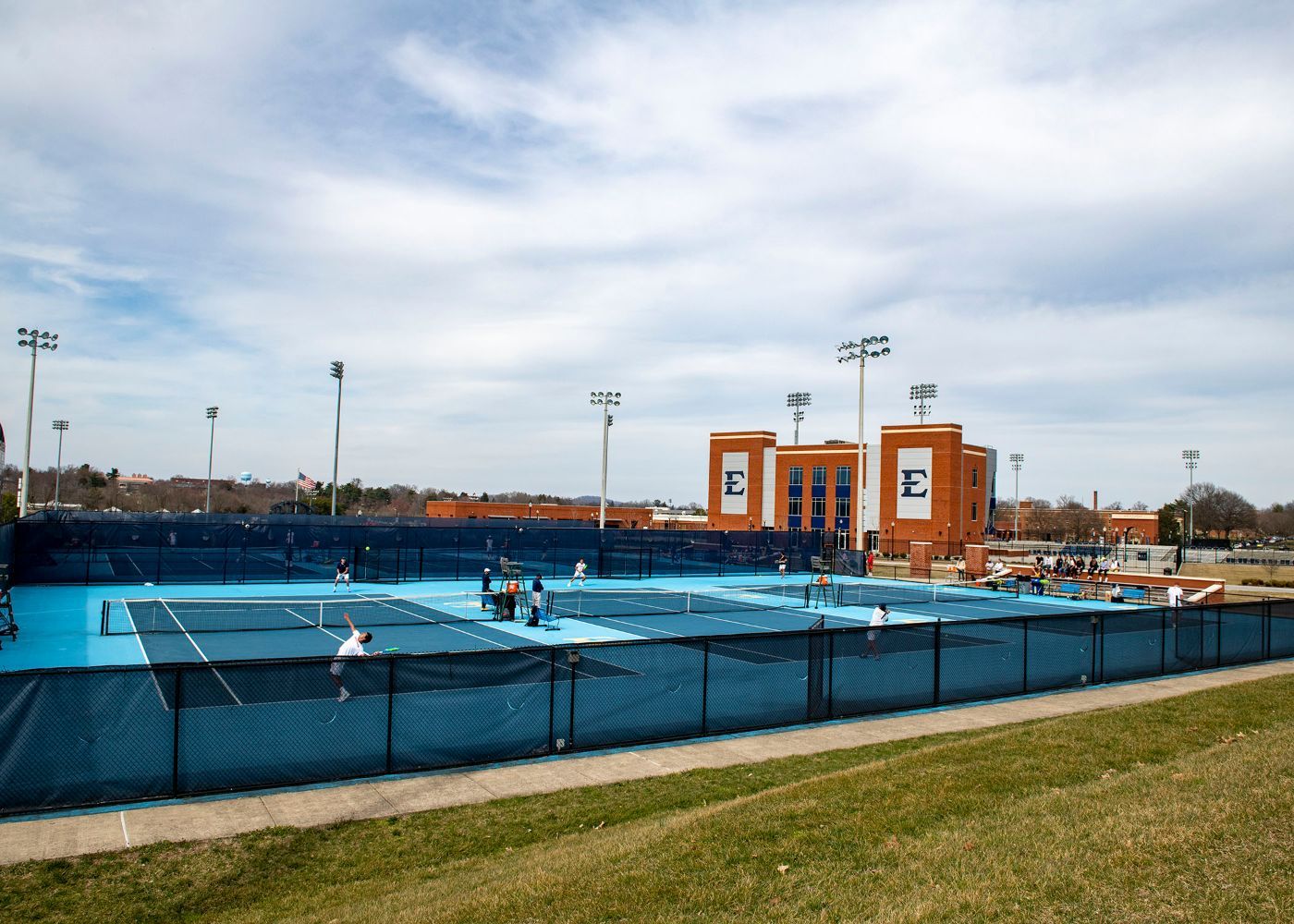 JOHNSON CITY, Tenn. (March 25, 2021) – The ETSU Men’s Tennis team will finally return back home for a three-match homestand beginning this weekend with a pair of Southern Conference battles. The Bucs will kick off the homestand with Furman on Friday, March 26 at 2 p.m. ETSU will then play host to Samford on Sunday, March 28 at 11 a.m.

About the Bucs
With seven matches remaining in the regular season, the Bucs are sitting atop the SoCon standings with a 3-0 mark in league play, while holding a 5-6 record overall. ETSU has won five of its last six matches, including most recently handing Mercer a 6-1 loss in Macon, Ga. on Saturday, March 20.

The Bucs have been led by Dimitri Badra (Maracay, Venezuela) who is currently ranked No. 72 in the latest ITA Top 125 Singles Rankings that were released on Wednesday afternoon. Badra is 8-3 on the season, including 5-1 in the top slot. Frazier Rengifo (Cali, Colombia) is behind Badra with a 7-4 overall record having won a team-best six consecutive singles matches. The Bucs are 31-35 in singles matches this dual season, including 15-3 in SoCon battles.

Pounding the Paladins
Furman is 5-9 on the year and is one game behind the Bucs in the league standings with a 2-0 record in SoCon action. The Paladins are on a skid, dropping five of their last six matches with the lone win being a 6-1 victory over The Citadel on March 20.

Ivan Mitric is one of two players above .500 in singles action, leading the squad with an 8-5 overall mark. All of Mitric’s wins have come from the top singles position. James Roelofse is 5-4 on the campaign, primarily competing in the No. 6 slot with a 4-4 mark. Furman is 15-21 in doubles play, including 5-1 in conference action.

Silencing Samford
Samford joins Furman at 2-0 in league play, holding an 8-6 overall mark thus far. The Bulldogs are 7-2 at home, while posting only one win on the road. The Bulldogs are coming off a pair of SoCon wins, besting The Citadel (6-0) on March 17 and UNCG (6-1) on March 20.

Rossouw Norval is the top competitor for Samford, holding an 8-3 record in singles play from the top spot. Tomas Santantonio leads the squad with 10 singles wins, including a perfect 6-0 record in the No. 5 position.

Samford has proven to be a strong doubles team this season, holding a 24-10 record in doubles matches. Victor Chaw and Jim Hendrix anchor doubles play with a perfect 9-0 record, including 8-0 in the No. 1 doubles position.