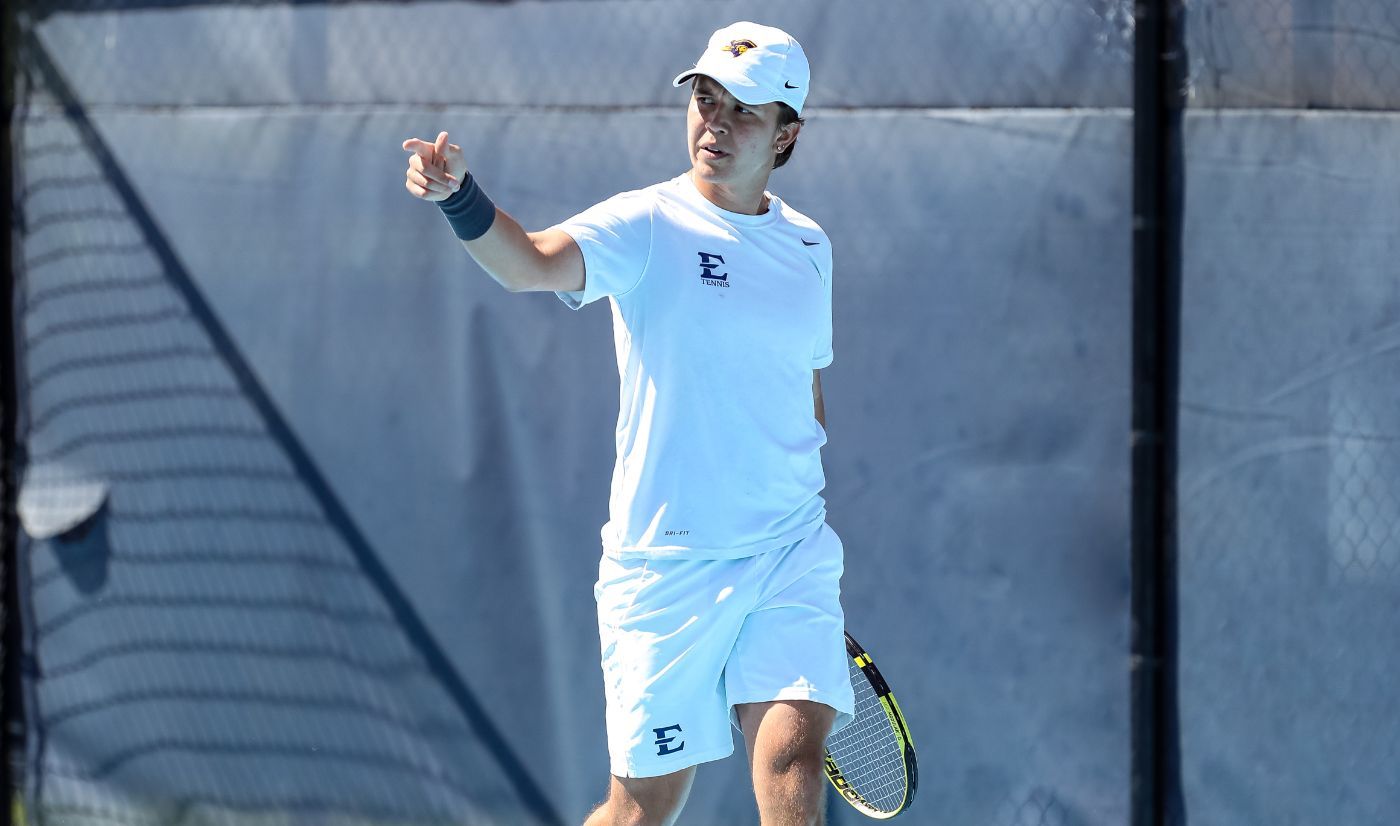 JOHNSON CITY, Tenn. (March 26, 2021) – In a clash of Southern Conference heavyweights in men’s tennis, it was the ETSU Buccaneers that came out on top, outlasting a ferocious Furman comeback for the 4-3 edge. With the win, the Bucs improve to 6-6 on the season but more importantly to 4-0 in league play. The Paladins drop to 5-10, including 2-1 in SoCon competition.

The Bucs were quick to claim the doubles point, winning all three matches heading into singles. Frazier Rengifo (Cali, Colombia) and Juan Lugo (Maracay, Venezuela) began the day with a 6-1 victory in the top spot, followed by Miguel Este (Caracas, Venezuela) and Dimitri Badra (Maracay, Venezuela) with a similar 6-1 triumph in the third slot to clinch the point. The final doubles match went 6-4 in favor of the Blue & Gold as Thiago Pernas (Buenos Aires, Argentina) and Juan Sebastian Zabala (Guayaquil, Ecuador) triumphed over Benjamin Cahill and Ivan Mitric.

Zabala carried his strong play over into singles where he doubled the Buccaneer lead with a 6-4, 6-3 win over Drew Singerman in the No. 5 singles position.

ETSU pulled within one point of the victory from the No. 6 slot as Este ousted James Roelofse, 7-5, 6-3.

The match seemed to be well in hand with four matches to play. Then the Paladins caught fire. The remaining four matches went three sets each as Furman claimed the first set in three of those four matches. Jake Bhangdia put the Paladins on the board with a 7-6(3), 0-6, 6-2 win in the No. 2 spot over Rengifo, ending the Colombia native’s winning streak. Furman then captured the top spot as Mitric defeated Badra, 6-4, 3-6, 6-4. The Paladins evened the contest at three apiece following Henrik Atlevi’s three-set win over Pernas, 6-3, 5-7, 6-4.

The match came down to the veteran Lugo, and Furman’s freshman Emil Westling. Westling overcame a 6-0 loss in the opening set to sneak out a 7-6(5) win over Lugo in the second frame. Leading 5-4 in the third set, Westling was looking to hold the serve and upset the Bucs. However, a pair of faults and resilient play from Lugo shifted the momentum back to the Bucs. The Venezuela native broke Westling’s serve to even the set at 5-5, before rattling off four straight points with the serve to take a 6-5 lead in the third set. Lugo was in Westling’s head as the Swedish competitor failed to hold serve yet again, allowing Lugo to sweep him in the final game to win the set (7-5) and the match (4-3).

The Bucs are back in action on Sunday at 11 a.m. when they welcome another undefeated SoCon competitor to Johnson City, Tenn., the Samford Bulldogs.