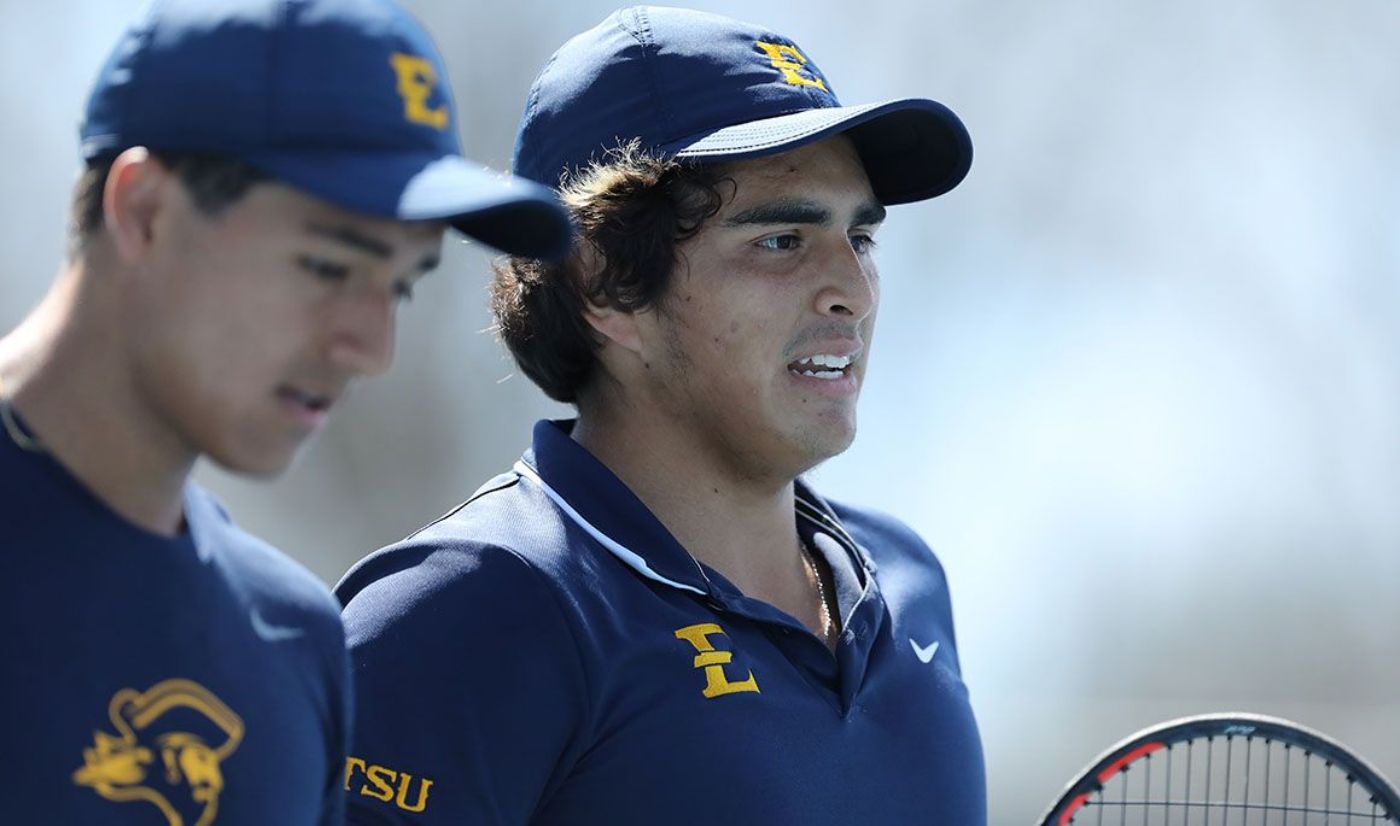 JOHNSON CITY, Tenn. (March 29, 2021) – The ETSU Men’s tennis team will play its final non-conference home match of the season, hosting UNC Asheville on Tuesday at 3:30 p.m. The Bucs were originally slated to play the Bulldogs on Wednesday, but the match has been moved up one day due to inclement weather in the forecast on Wednesday.

About the Bucs
The Bucs are coming off a big win on Friday in which ETSU held off Furman in a 4-3 victory at the Dave Mullins Tennis Complex. With the win, ETSU improved to 6-6 on the year and 4-0 in league action.

Dimitri Badra (Maracay, Venezuela) leads the team with eight singles wins, including a 5-2 mark in the top spot. Frazier Rengifo (Cali, Colombia) posts a 7-5 record this season, while Thiago Pernas (Buenos Aires, Argentina) and Juan Sebastian Zabala (Guayaquil, Ecuador) are third on the squad in singles wins with five.

The Bucs have found their groove in doubles play, thanks in large part to a pair of doubles tandems. Juan Lugo (Maracay, Venezuela) and Rengifo are 5-1 as a pair, competing out of the top doubles position. Meanwhile, Badra and Miguel Este (Caracas, Venezuela) are also 5-1, playing in the No. 3 position.

Battling the Bulldogs
UNC Asheville comes into the match on a four-match winning streak, improving its record to 7-4 on the season. Most recently, the Bulldogs bested Radford on Sunday by the final score of 5-2. The visiting squad is 1-2 on the season against Southern Conference foes, defeating UNCG but falling to both Wofford and Chattanooga.

Leo Bierbaum has recorded the most singles wins with nine, doing so with a 6-0 record in the No. 3 slot. Charlie Morkel is 8-6 on the season, posting a 6-4 record at the No. 1 position. As a unit, UNC Asheville is 44-39 in singles play, while struggling to an 11-23 record in doubles action.