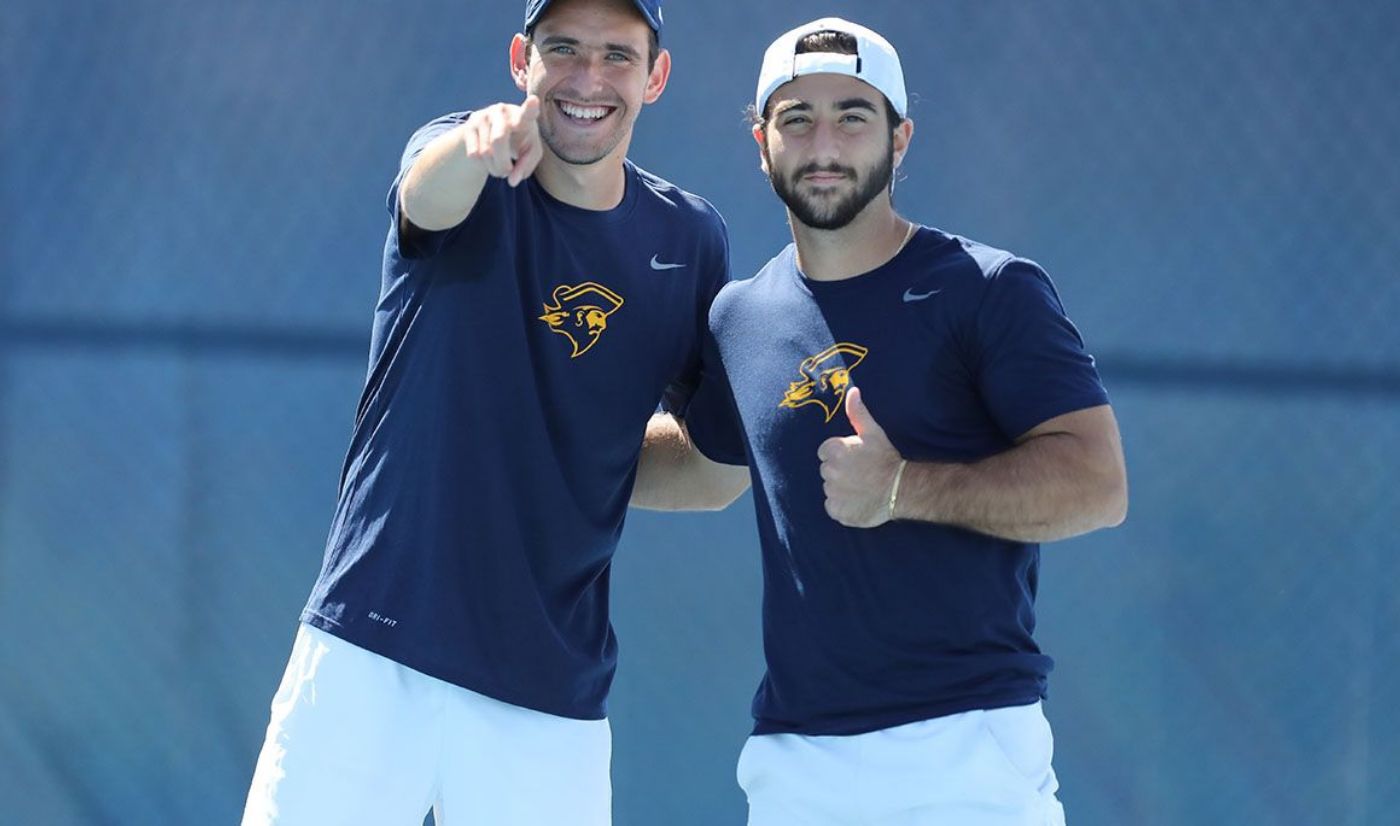 JOHNSON CITY, Tenn. (March 30, 2021) – The ETSU Men’s Tennis team cruised past UNC Asheville in its final home non-conference match of the season, besting the Bulldogs by the final score of 5-2. With the win, ETSU improves to 7-6 on the season and 3-0 at home, while Asheville drops to 7-5.

ETSU swept through doubles play, winning all three matches, including the top slot in a tiebreaker set. Miguel Este (Caracas, Venezuela) and Dimitri Badra (Maracay, Venezuela) began the day with a dominating 6-1 win over Leo Bierbaum and Harry Thursfield. The doubles point was clinched when Juan Sebastian Zabala (Guayaquil, Ecuador) and Thiago Pernas (Buenos Aires, Argentina) put away Oli Nolan and Rafa Serra, 6-4. With the doubles point in hand, Juan Lugo (Maracay, Venezuela) and Frazier Rengifo (Cali, Colombia) put the icing on the cake with a 7-6(1) win over Charlie Morkel and Jon Brann Reid in the top doubles position.

Badra pushed the ETSU lead to 2-0 after making quick work of Nolan in the top singles position, claiming the 6-1, 6-2 victory for his ninth win of the season.

ETSU pulled within one point of clinching the match as Lugo earned a straight-set triumph over Reid in the No. 3 position, claiming the 6-4, 6-1 victory.

The match was clinched for the Blue & Gold out of the No. 6 singles slot as veteran Buccaneer, Este, bested Quinn Fender in straight sets, 6-1, 7-5.

With the match in hand and three battles remaining, ETSU came out victorious in one of the final three contests as Milo Bargeron (Chislehurst, England) put together a 7-5, 6-3 win over Sira Daosaengsawang.

ETSU will return to action on Friday as the Bucs are back in Southern Conference action. ETSU will be heading to Chattanooga for a 12:30 p.m. match against the Mocs.