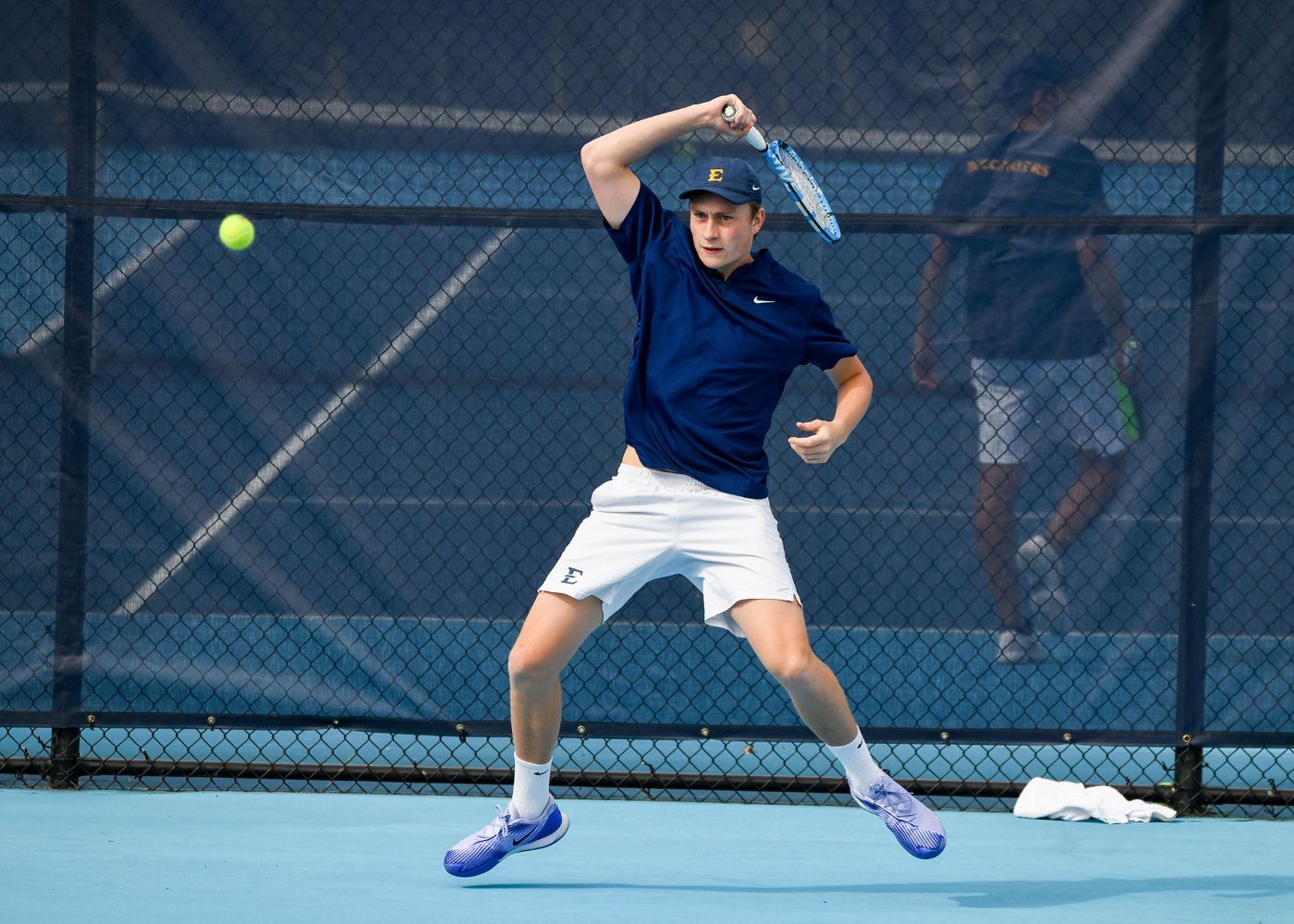 CHATTANOOGA, Tenn. (April 2, 2021) – There remains a constant theme for the Buccaneers Men’s Tennis team…they are tough to defeat in Southern Conference action. ETSU received Chattanooga’s best shot but the Bucs came out victorious with a 5-2 triumph over the Mocs in Chattanooga on Friday afternoon. With the win, ETSU improves to 8-6 overall and 5-0 in league play, while Chattanooga falls to 6-9 (2-2).

Things started out well for the host Mocs as Chattanooga claimed the doubles point, winning two of the three matches.

Trailing 1-0, Milo Bargeron (Chistlehurst, England) evened the playing field with a strong 6-2, 6-0 win over Jacob Marshall in the No. 5 position.

The Bucs had to fight for the final point, dropping the first set in the remaining matches. However, Dimitri Badra (Maracay, Venezuela) and Juan Lugo (Maracay, Venezuela) bounced back with second-set victories to shift the tide back to the Bucs. That was all the momentum that ETSU needed to put the match away as Badra wore down Tomas Rodriguez in the top spot, winning the third set 6-1 to claim the three-set victory. Badra’s win was his 10th of the spring season as it provided ETSU with the 4-2 lead. Lugo added a three-set win of his own for good measure, topping Kerim Hyatt by the score of 6-1 in the third set as well.

The Bucs will have a small break before returning to SoCon play in their next match on April 9 when ETSU plays host to The Citadel. The match is set for a 2 p.m. start at the Dave Mullins Tennis Complex.