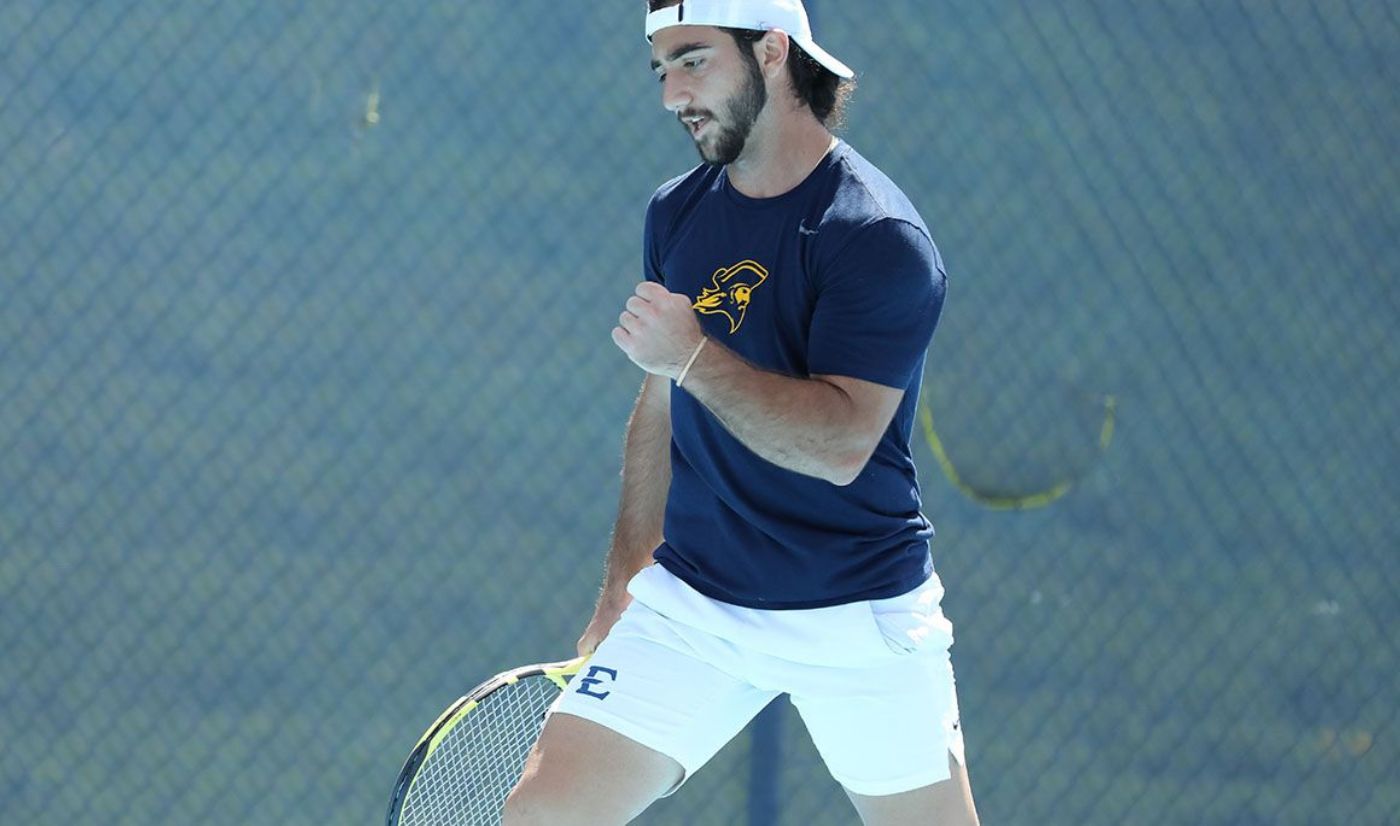 Badra Does it Again

SPARTANBURG, S.C. (April 5, 2021) – For the fourth time this season, Dimitri Badra (Maracay, Venezuela) has been named the Southern Conference Men’s Tennis Player of the Week. Badra earned the award as announced by the league office on Monday afternoon.

Badra continues his dominant campaign, earning two more singles wins and two more doubles victories. Badra began the week with a 6-1 doubles win against UNC Asheville in ETSU’s 5-2 win over the Bulldogs. The Venezuela native carried the momentum over to singles play with a convincing 6-1, 6-2 triumph over Oli Nolan in the top singles position.

In the Bucs’ 5-2 win over Chattanooga on Friday, Badra and teammate Miguel Este (Caracas, Venezuela) earned the lone doubles victory, a 6-4 win over Turner Voges and Simon Labbe. Badra then went toe-to-toe with Chattanooga’s top singles candidate. After dropping the first set (6-4), the redshirt-sophomore rebounded with a 6-4 win in the second set before rolling over Rodriguez in the third set, 6-1. Badra’s win against Rodriguez clinched the match for the Blue & Gold, pushing the lead to 4-2 as ETSU remained undefeated in league play.

Badra and the Bucs will return to action on Friday at 2 p.m. when they host The Citadel in SoCon action. ETSU will then take on Elon on Sunday at 1 p.m. in Elon, N.C.