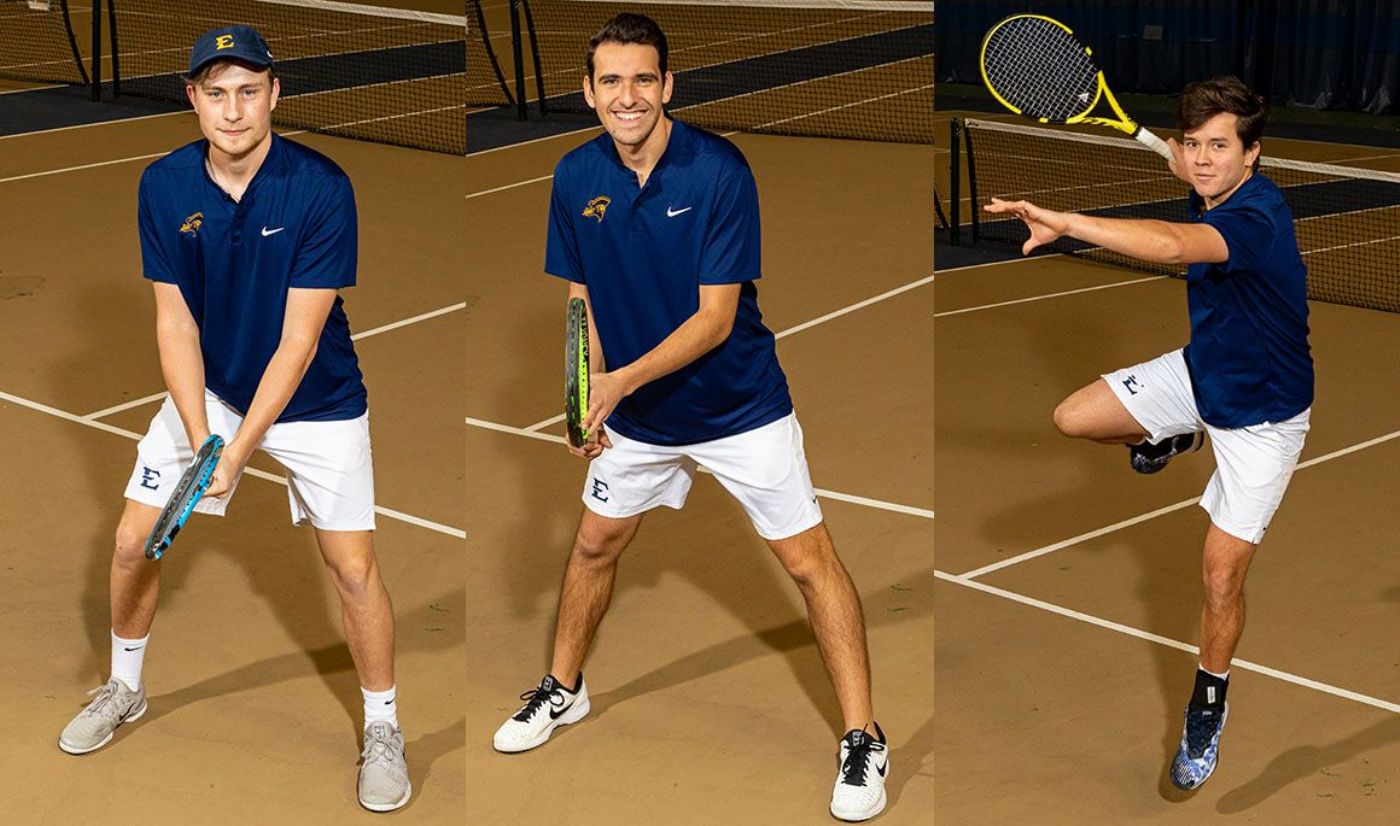 About the Bucs
ETSU has won four consecutive matches heading into Friday, including a trio of Southern Conference Battles. The Bucs remain perfect in league play as well as holding a 3-0 mark at the Dave Mullins Tennis Complex.

Dimitri Badra (Maracay, Venezuela) is the first Buccaneer to double-digit singles wins, posting a 10-4 record on the season. The redshirt-sophomore competitor most recently earned his fourth SoCon Men’s Tennis Player of the Week, as well as his second SoCon Men’s Tennis Player of the Month honor. Badra is currently ranked No. 57 in the latest ITA National rankings. Frazier Rengifo (Cali, Colombia) holds an 8-6 mark to rank second on the squad in wins. As a team, ETSU has climbed above .500 in singles matches, now posting a 43-41 record in said competitions.

Thank you Seniors
Friday’s match against The Citadel will serve as Senior Day for a trio of Buccaneers. Milo Bargeron (Chistlehurst, England) is the first senior on the docket. Bargeron transferred to ETSU from Appalachian State. In his lone season with the Bucs, Bargeron is 4-7 in singles action. Next up is Miguel Este (Caracas, Venezuela). During his career, Este has been strong for the Bucs with a 32-11 singles record and a 23-10 doubles mark. The final senior is Juan Lugo (Maracay, Venezuela). The graduate student has accumulated a 26-15 singles record, while also boasting a 19-15 doubles mark.

Besting the Bulldogs
The Citadel has struggled this season, posting a 5-16 overall mark and remain winless in league action at 0-5. The Bulldogs have not won a SoCon match since defeating Chattanooga (4-3) on March 15, 2017. All five of The Citadel’s wins have been against non-Division I opponents. The Bulldogs have not beaten a Division I opponent since toppling Georgia Southern by the final of 7-0 on March 18, 2018.

Josiah Schainblatt leads the team in singles wins with a 6-15 record, while he is tied in doubles wins (5) with teammate Phillip Quinn (5-10). As a team, the Bulldogs are 31-95 in singles play and 16-41 in doubles action.

Rise of the Phoenix
Elon is 11-4 on the year, including a perfect 9-0 when playing at home. The Phoenix most recently dropped a 6-1 decision to Charlotte on Friday, April 2. Elon is 2-0 against the SoCon this year, defeating both Wofford (6-1) and Furman (4-3).

Kyle Frankel leads the team in singles play with an 11-1 mark, including a 7-1 record in the top position. Frankel snuck into the Top 125 in the latest ITA rankings, falling in at No. 125. Akram El Sallaly joins Frankel in double-digit singles wins with a 10-4 mark. Frankel also paces the team in doubles play with a 10-3 record, followed by Camilo Ponce with nine wins. As a team, Elon is 48-33 in singles action and 27-12 in doubles play.