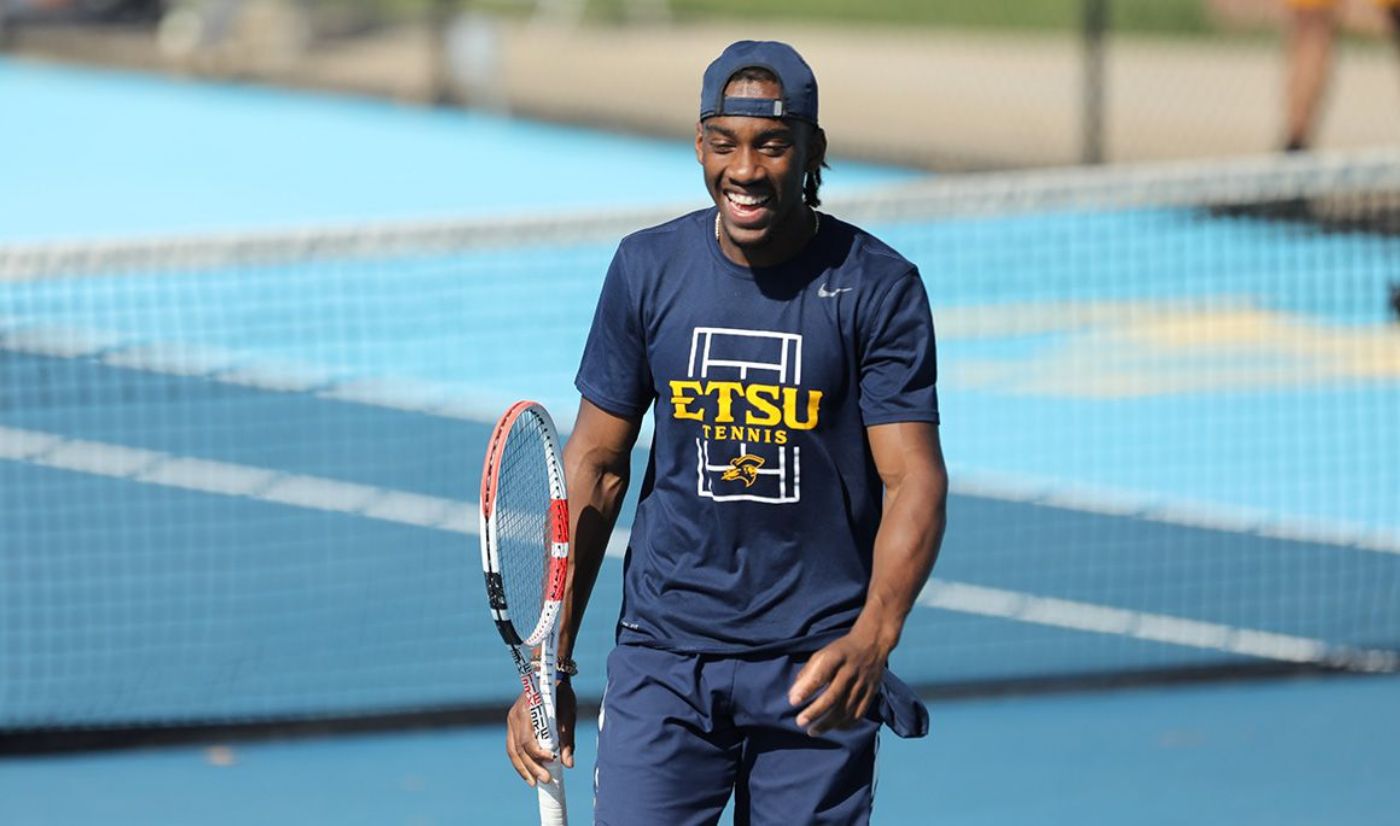 ETSU set for final match away from home

JOHNSON CITY, Tenn. (April 13, 2021) – The ETSU Men’s Tennis team is taking its six-match winning streak to Charlotte, N.C. for a neutral-site showdown against the Old Dominion Monarchs on Wednesday. The battle is set to begin at 1 p.m.

About the Bucs
ETSU has improved to 10-6 on the campaign, riding a six-match win streak heading into tomorrow’s tilt with the Monarchs. The Bucs most recently upended Elon on Sunday, April 11 by the final score of 5-2. ETSU is 1-2 all-time against Old Dominion, dropping the most recent contest on Feb. 3, 2019 by the final of 4-3. The Bucs’ lone win in the series was a 4-2 triumph on March 26, 2004.

ETSU has hit its stride heading into the final two matches of the season and Dimitri Badra (Maracay, Venezuela) is proof of that stride. The redshirt-sophomore competitor snatched his fifth Southern Conference Men’s Tennis Player of the Week honor on Monday, tying fellow teammate Frazier Rengifo (Cali, Colombia) for the most player of the week honors in a single season. Badra has also laid claim to two SoCon Player of the Month awards and is currently ranked No. 57 in the latest ITA National rankings. The Venezuela native is 12-4 in singles play this spring. Rengifo is second on the team in singles wins with a 9-6 mark, while Thiago Pernas (Buenos Aires, Argentina) is third with eight. As a team, ETSU is 54-42 in singles duels and 27-18 in doubles battles.

Matching up with the Monarchs
Old Dominion is 8-8 this spring, most recently falling to William & Mary (4-3) to snap a four-match win streak. The Monarchs hold a 2-8 record when playing away from home this season.