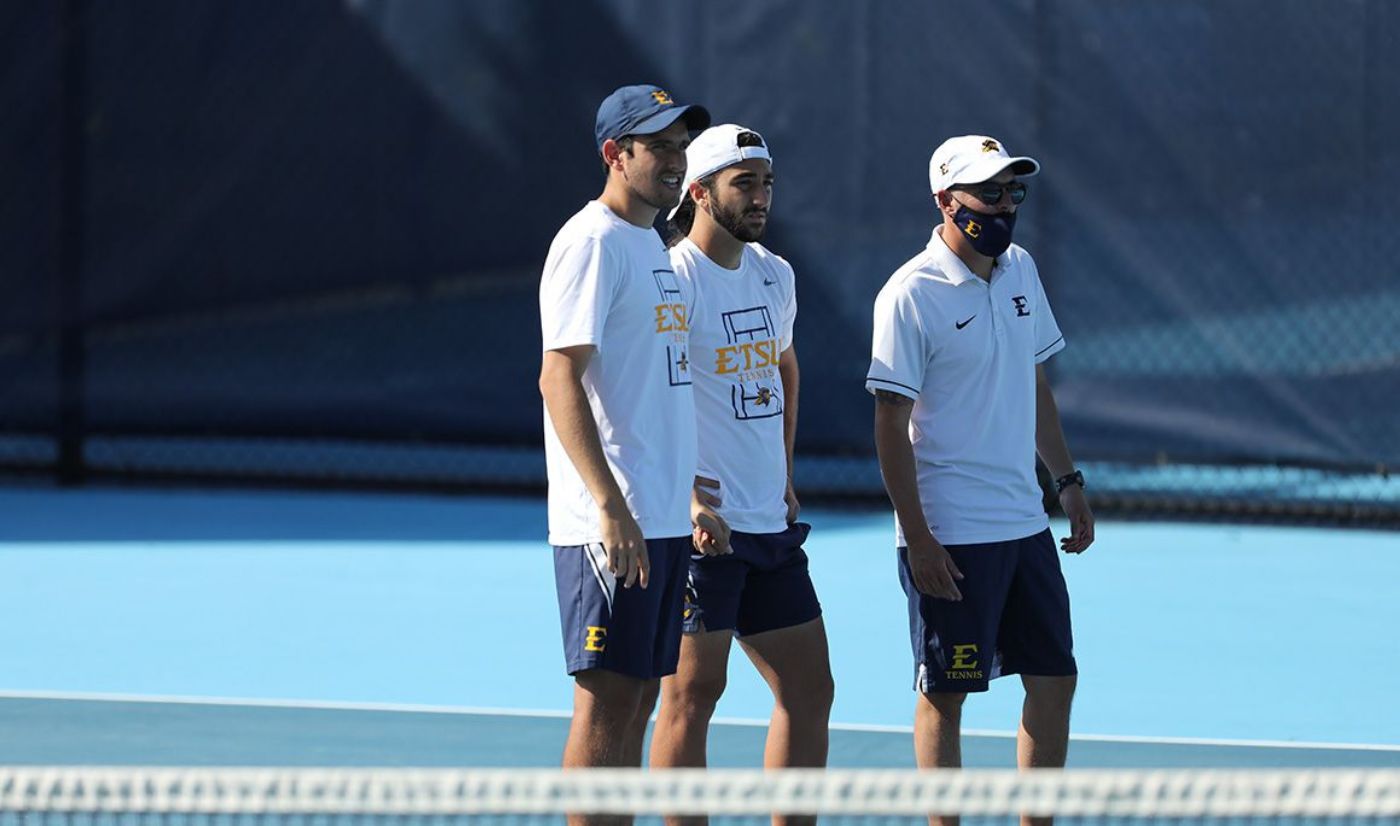 Southern Conference regular season crown to be decided on Sunday

JOHNSON CITY, Tenn. (April 16, 2021) – The ETSU Men’s Tennis squad has played its fair share of big matches. Sunday’s contest against Samford will be added to that list as the regular season Southern Conference title will be on the lines at the Dave Mullins Tennis Complex in Johnson City, Tenn. Sunday’s battle between the SoCon giants will begin at 1 p.m. and will be featured on ESPN+. Fans can access the live stream by clicking here.

About the Bucs
The Bucs (10-7, 6-0) dropped their final non-conference showdown of the season, falling to Old Dominion on Wednesday afternoon. ETSU enters the match having won 15 consecutive SoCon contests and are looking for a second consecutive regular season SoCon crown.

The Bucs feature two players in the double-digit win category for singles play. Dimitri Badra (Maracay, Venezuela) holds the top spot with a 12-4 mark on the year and is currently ranked No. 56 in the latest ITA Top 125 Rankings. The redshirt-sophomore has claimed four consecutive singles victories heading into the final regular-season match. Frazier Rengifo (Cali, Colombia) is second on the squad with a 10-6 overall mark.

Scouting Samford
Samford enters the weekend with a 12-6 record, having won six consecutive matches and 12 of the last 14. The Bulldogs are 5-0 in league play and will square off with Mercer on Saturday before heading to Johnson City.