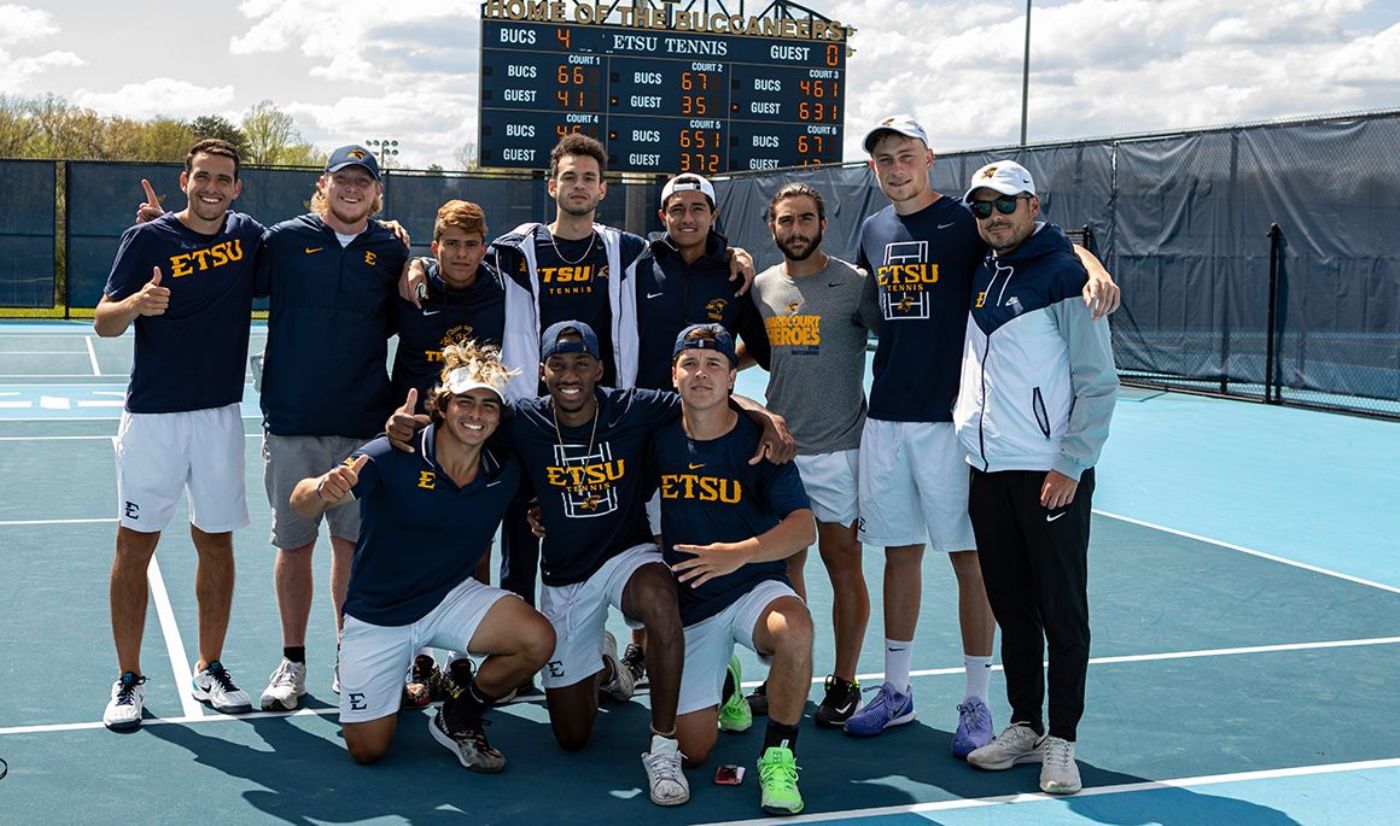 JOHNSON CITY, Tenn. (April 18, 2021) – In the match of the Southern Conference unbeatens, it was the ETSU Men’s Tennis team that laid claim to the 2021 SoCon Regular Season title with its 4-0 win over Samford on Sunday afternoon at the Dave Mullins Tennis Complex in Johnson City, Tenn. With the win, ETSU claims its second consecutive regular season SoCon championship, improving to 11-7 (7-0 SoCon).

The Bucs came away with the coveted doubles point on Sunday, snatching the 1-0 lead from a doubles-heavy Bulldogs team. Thiago Pernas (Buenos Aires, Argentina) and Juan Sebastian Zabala (Guayaquil, Ecuador) set the tone with their 6-2 win over Mohammed Ali Bellalouna and Rossouw Norval. The doubles point was clinched from the No. 2 position with Miguel Este (Caracas, Venezuela) and Dimitri Badra (Maracay, Venezuela) fending off Tomas Santantonio and Eladio Fabregas, 7-5.

The momentum continued after doubles play with ETSU’s Milo Bargeron (Chistlehurst, England) picking up a big 6-1, 6-2 win in the No. 6 slot over Bellalouna for the 2-0 advantage.

The Bucs pulled within one point of glory in the top singles position after Badra toppled Norval in straight sets. Badra had his hands full in the opening frame, holding Norval off with a 6-4 victory. The Venezuela native then wore down Samford’s top singles player, besting Norval 6-1 in the second set to provide the Bucs with a 3-0 advantage.

The match and the crown were clinched by none other than veteran competitor Frazier Rengifo (Cali, Colombia). Rengifo bested Victor Chaw in straight sets, claiming the first frame by the score of 6-3. Rengifo then held off Chaw in the second set, 7-5, breaking Chaw’s serve to win the match for the Blue & Gold.

With the match clinched, the remaining three singles battles were abandoned with two contests in the third set.

The Bucs, seeded No. 1 in the upcoming SoCon Championship, will take on 4th-seeded Mercer on Friday, April 23 at 10 a.m. in Birmingham, Ala. The showdown against the Bears will be one of two semifinal matches, with Samford and Furman competing in the second match.