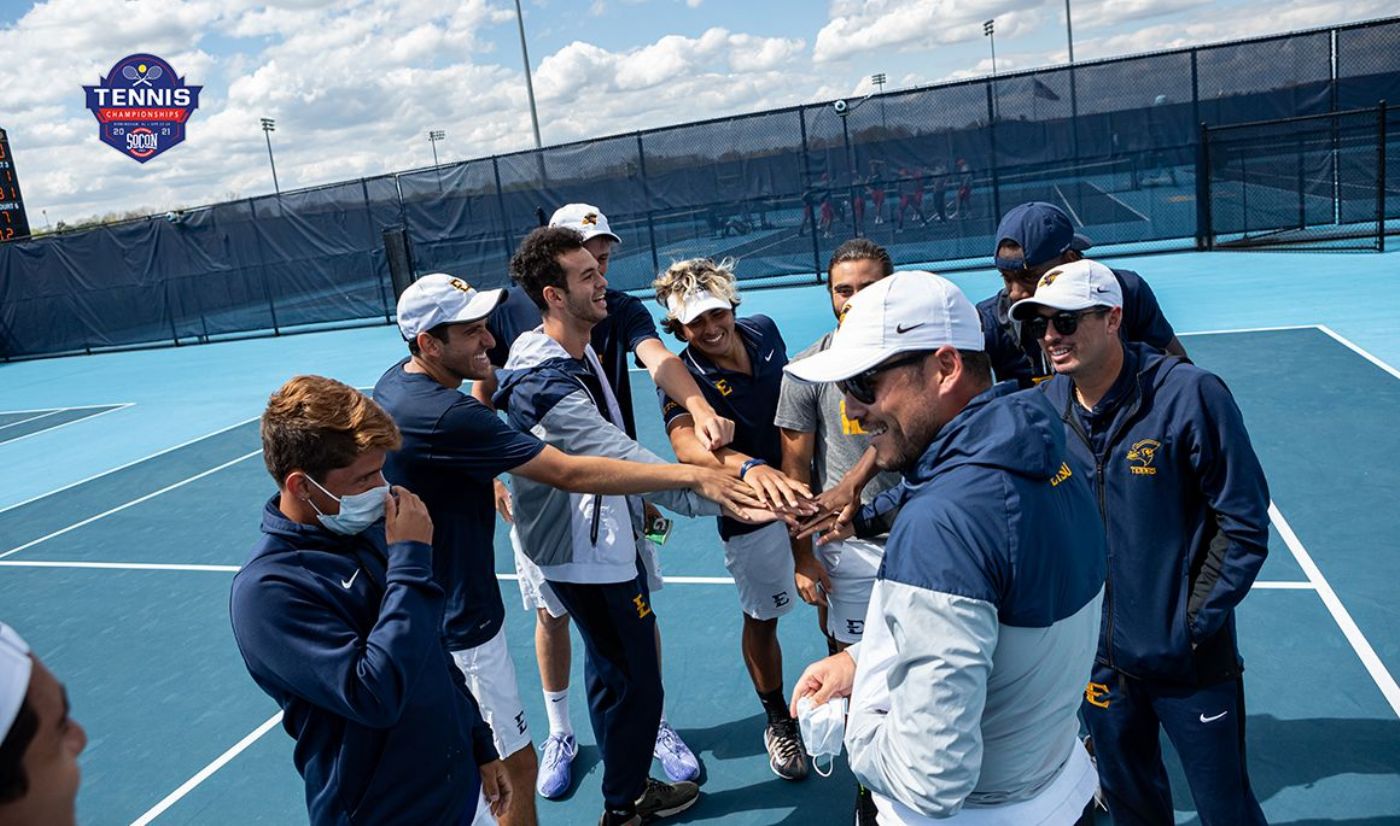 SPARTANBURG, S.C. (April 19, 2021) – The Southern Conference announced the pairings and times for the 2021 Southern Conference Men’s Tennis Championship on Sunday afternoon. ETSU won the league’s regular-season crown and earned the top seed in the four-team tournament that will be held Friday, April 23, and Saturday, April 24, at the Hoover Met in Hoover, Alabama.

Furman leads all current Southern Conference programs with 14 tournament titles. Chattanooga has won the league’s tournament 12 times, while ETSU has won nine championships including the last two contested (2018 and 2019). Samford captured the conference tournament in 2011 and 2013, while UNCG won in 2010.