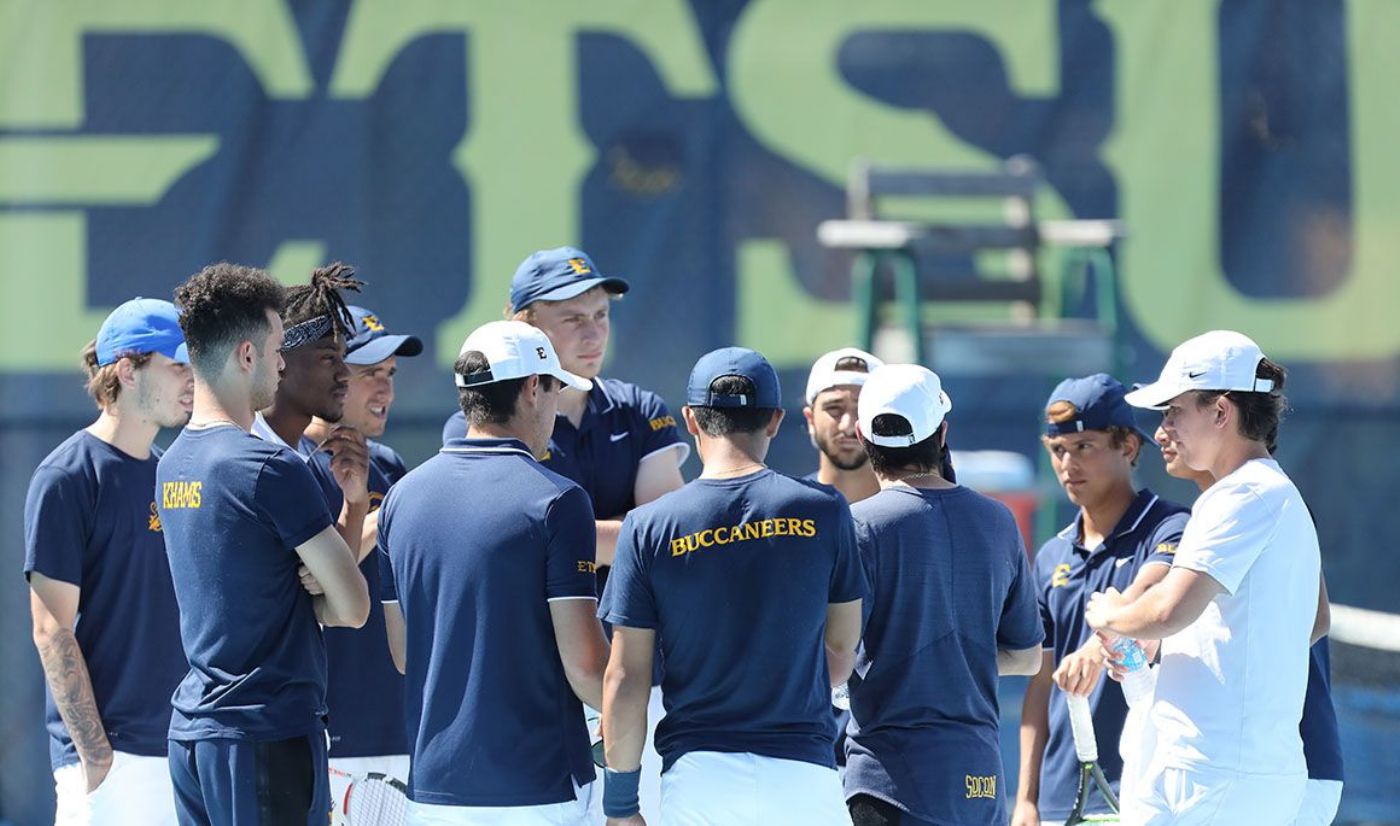 HOOVER, Ala. (April 22, 2021) – The ETSU Men’s Tennis team will look to three-peat as Southern Conference Tournament Champions this weekend, having locked up the top seed after claiming the regular season title. The Bucs will square off against 4th-seed Mercer on Friday at 11 a.m. (ET) at the Hoover Met in Hoover, Ala. in the SoCon semifinals.

About the Bucs
The Bucs are the repeat reigning champions, having won in 2019 and 2018. The tournament was not played in 2020 due to the COVID-19 shutdown. ETSU is fresh off a strong 4-0 win over Samford on Sunday, April 18 in Johnson City, Tenn., leading to the Bucs earning the regular season crown.

Dimitri Badra (Maracay, Venezuela) continues to dominate, posting a 13-4 singles mark and making a strong case for SoCon Freshman of the Year and Player of the Year. The Venezuela native is 10-2 in the top singles position, having claimed five consecutive victories. Badra is also 13-4 in doubles action, including 11-1 when playing alongside Miguel Este (Caracas, Venezuela).

Frazier Rengifo (Cali, Colombia) is second on the squad in total wins with an 11-6 mark on the year, including 10-3 from the No. 2 slot. The Bucs have also seen an emergence from Thiago Pernas (Buenos Aires, Argentina) who is 8-8 on the campaign.

Meeting Mercer
The Bears finished the regular season with an 11-13 mark on the year, including 4-3 in SoCon action. Mercer most recently dropped its final regular-season tilt against Samford on Saturday, falling 6-1 to the Bulldogs. ETSU upended Mercer earlier this season, defeating the Bears by the score of 6-1 on March 20 in Macon, Ga.

Michael Durham and David Georgadze are tied with the most wins on the team, each posting identical 11-8 marks. Hugo Lobo has competed in the top slot for the majority of the season, posting a 5-11 mark in the No. 1 position with a 10-13 overall record.

About the SoCon Tournament
The 2021 SoCon Men’s Tennis Championship will be a two-day event at the Hoover Met in Hoover, Ala. Day one will feature a pair of semifinal matches with both of the matches beginning at 11 a.m. (ET). The championship match will be played on Saturday between the two winners, taking the court at 2 p.m. (ET).

Should the Bucs upend the Bears on Friday, ETSU will then take on the winner of No. 2 Samford and No. 3 Furman.