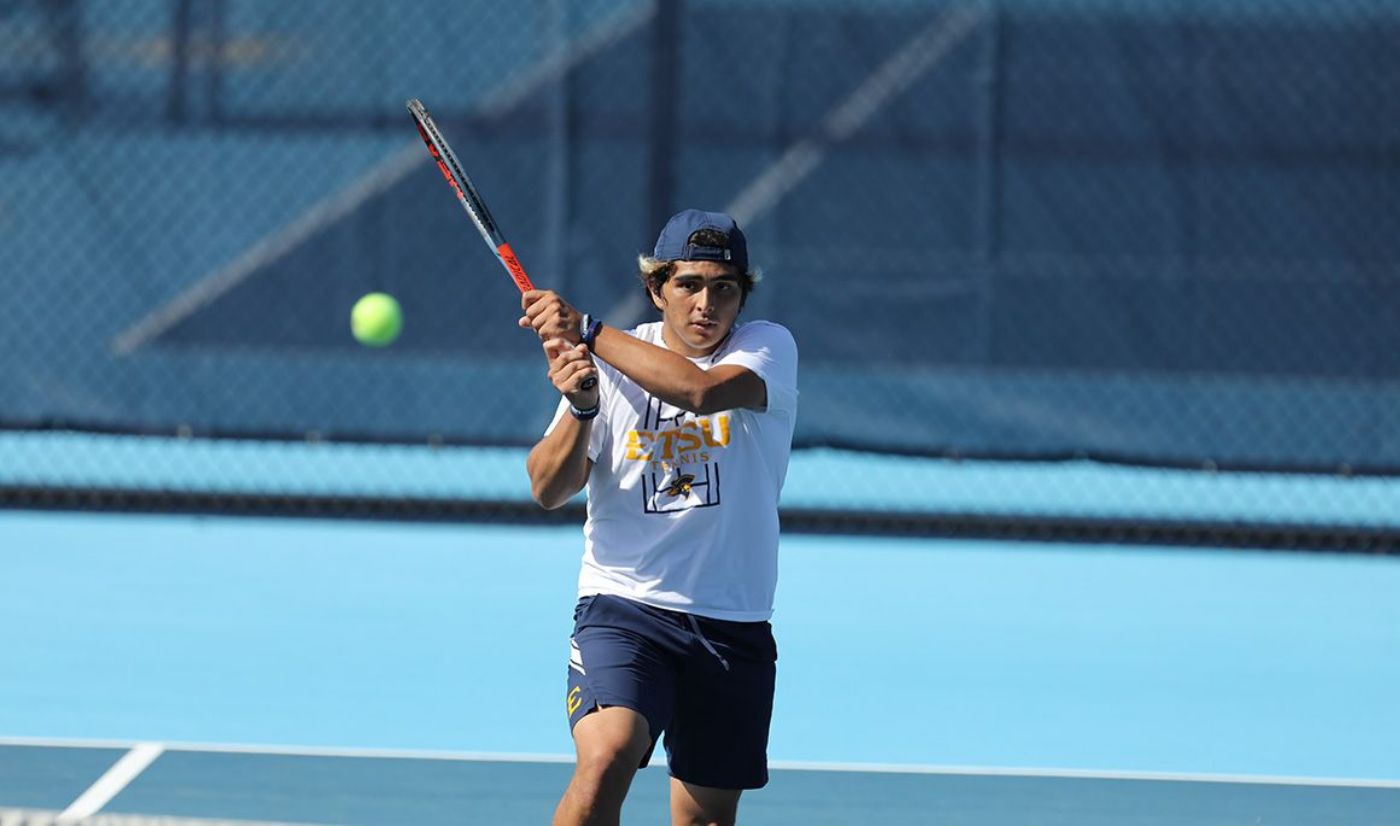 ETSU delivers with 4-2 win over Mercer

HOOVER, Ala. (April 23, 2021) – The 2021 Southern Conference Men’s Tennis Championship began with a Buccaneer win as ETSU handed Mercer a 4-2 loss in the semifinal match on Friday afternoon in Hoover, Ala. With the win, ETSU improves to 12-7 on the season, advancing to the SoCon title match for the third consecutive year.

ETSU captured the doubles point yet again, picking up wins in the No. 1 and No. 3 position. Thiago Pernas (Buenos Aires, Argentina) and Juan Sebastian Zabala (Guayaquil, Ecuador) kicked things off with a 6-1 win in the No. 3 slot, besting David Georgadze and Michael Durham. The point was clinched with Juan Lugo (Maracay, Venezuela) and Frazier Rengifo (Cali, Colombia) picking up a 6-2 victory over Andrew Branicki and Lucas Wayenburg in the top slot.

Lugo carried his momentum over into singles action, cruising to a straight-set victory over Carver Arant in the No. 3 singles slot. Lugo breezed to a 6-0 win in the first set before fending off Arant in the second set (6-3) to give the Bucs the 2-0 lead.

The Bears cut the ETSU lead in half with a straight set win in the No. 2 singles position with Wayenburg upending Rengifo, 6-1, 6-4.

Miguel Este (Caracas, Venezuela) extended the lead back to two with a straight-set win of his own from the No. 5 slot. The Venezuela senior picked up a critical 6-4 win in the first set before cruising to a 6-2 win in the second set, pushing the lead to 3-1 in favor of the Blue & Gold.

SoCon All-Freshman recipient Pernas put the match away for good from the No. 4 singles slot. Pernas claimed the first set 6-3 before falling 7-6(0) in the second set to force a dramatic third frame. The Argentina freshman wasted no time in sending the Bucs to the championship match, taking down Georgadze (6-3) in the final set for the 4-2 victory.

ETSU will turn its focus on No. 3 Furman in the SoCon Championship match tomorrow at 2 p.m. (ET) in Hoover, Ala. Furman upset second-seeded Samford in its semifinal match, 4-2. The Bucs defeated the Paladins earlier in the season by the score of 4-3 in Johnson City, Tenn.