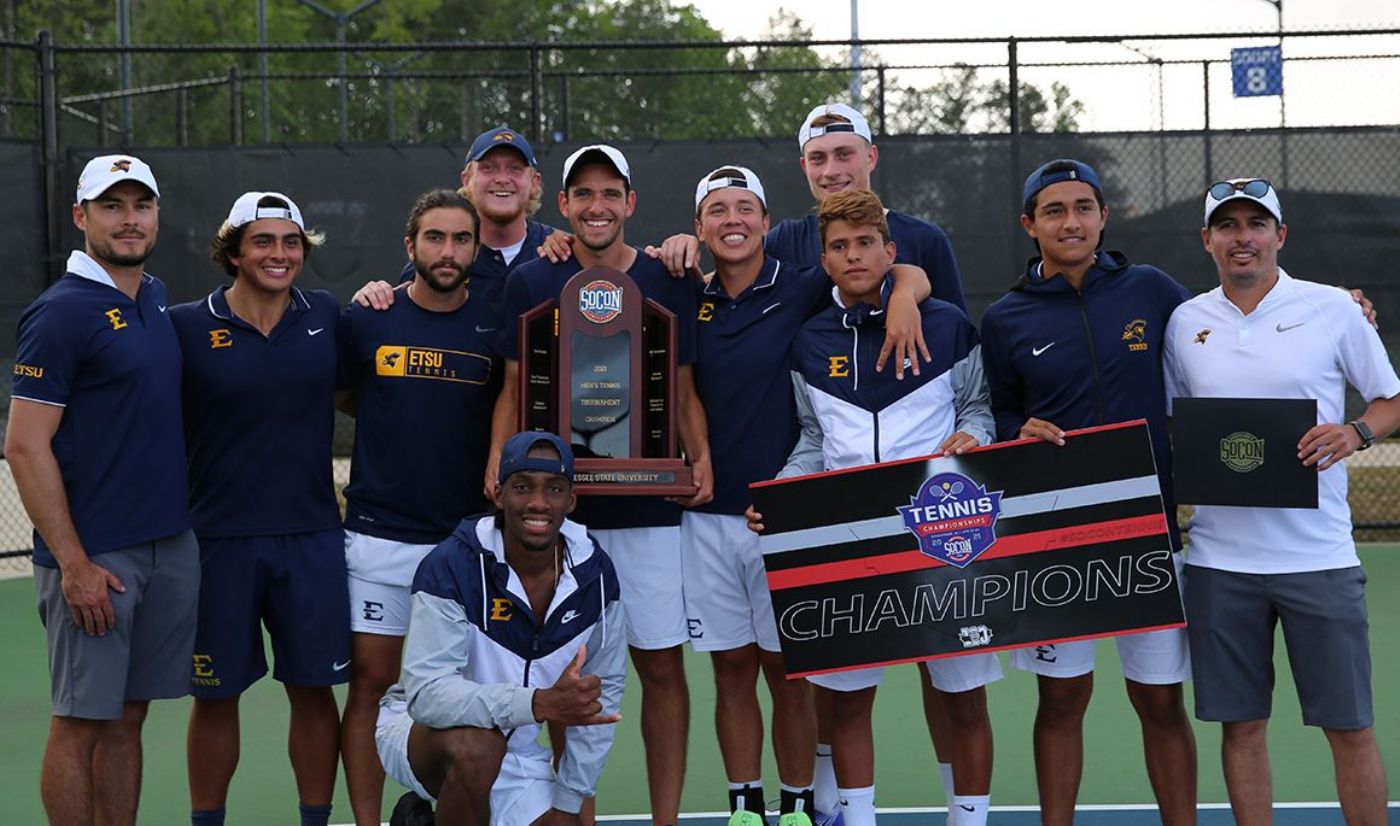 Bucs are Back on Top of the SoCon
Related Links

HOOVER, Ala. (April 24, 2021) – The Bucs are Southern Conference Champions for the third consecutive year! The ETSU Men’s Tennis team outlasted Furman in the tournament title match with a 4-2 win over the Paladins. This is the third consecutive SoCon Championship that ended with the Bucs handing the Paladins a 4-2 loss. With the win, ETSU improves to 13-7 on the season and earns the league’s automatic bid into the NCAA Tournament.

The Buccaneer lead doubled to 2-0 as the SoCon Tournament’s Most Outstanding Player Juan Lugo (Maracay, Venezuela) cruised through Henrik Atlevi in the No. 3 singles position, 6-1, 6-0.

After Furman cut the gap to 2-1, Pernas delivered a critical win in the No. 4 singles slot with a straight-set win of his own. The young Argentina native defeated Westling in the opening set, 6-1, before besting the Furman competitor in the second set by the final of 6-3.

The Paladins trimmed the ETSU lead to 3-2, giving Furman a glimmer of hope in the championship match as James Roelofse defeated Milo Bargeron (Chistlehurst, England), 6-3, 7-5.

ETSU secured the final point out of the top singles position as the SoCon Freshman/Player of the Year delivered the celebratory victory. Badra dominated Mitric in the opening set by the score of 6-0. The second set had a different story as the ETSU redshirt-freshman went into a tiebreaker with Mitric, winning 7-6(8-6) in the second set to clinch the ETSU victory and another SoCon title.

The Bucs will now await the NCAA Men’s Tennis Selection Show to determine which regional the Blue & Gold will be headed to. The selection show will be held on Monday, May 3 at 6:30 p.m. and will be broadcast on NCAA.com stream. The regionals will begin on either Friday, May 7 or Saturday, May 8.