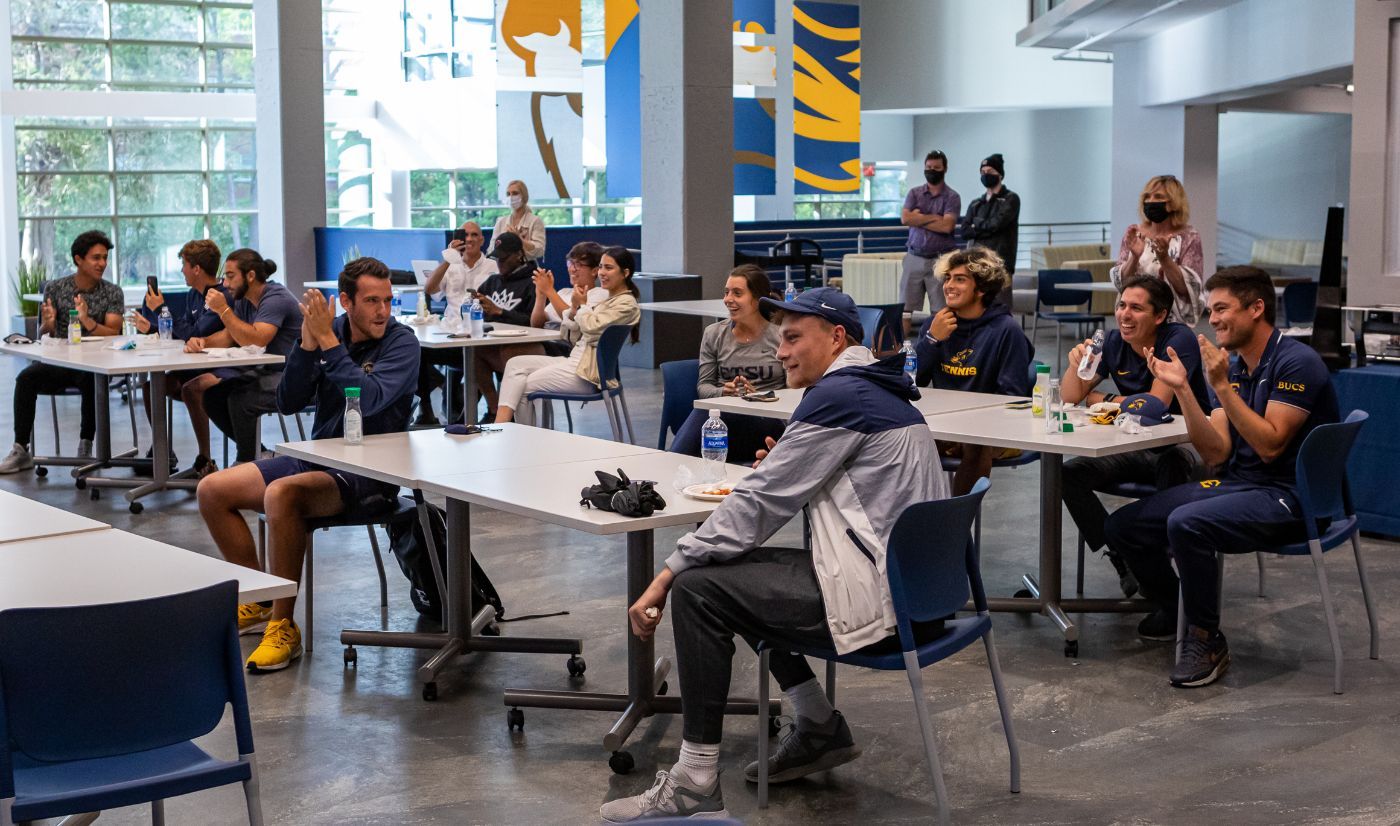 The ETSU Men’s Tennis team learned its destination and opponent for the upcoming 2021 NCAA Tournament as the bracket was revealed Monday evening during a selection show on NCAA.com. The Bucs will be traveling south to Athens, Ga. to take on host and the 10th-ranked Georgia Bulldogs in the opening round on Saturday, May 8 at 1 p.m. at the Dan Magill Tennis Complex.

The Bucs earned the Southern Conference automatic bid after defeating Furman, 4-2, on Saturday, April 24 in Hoover, Ala. ETSU is making its third consecutive appearance in the NCAA Tournament under head coach Martin Stiegwardt. The NCAA Tournament did not take place in 2020 due to the COVID-19 pandemic.

The Bucs are 13-7 on the season and have claimed three consecutive victories as they head into the NCAA Tournament. The squad is led by Freshman/Player of the Year Dimitri Badra (Maracay, Venezuela). The redshirt-freshman leads a talented squad featuring: Frazier Rengifo (Cali, Colombia), Juan Lugo (Maracay, Venezuela) and Miguel Este (Caracas, Venezuela) who have all competed in the NCAA Tournament. ETSU will be looking for its third postseason win in program history as the Bucs toppled Alabama (4-2) in 2010 and Notre Dame (4-2) in 2008.

Georgia, the host of the regional, is making its 37th consecutive appearance in the tournament and 42nd overall appearance. The Bulldogs, six-time NCAA Champions, are 14-6 on the season after suffering a 4-2 defeat in the SEC quarterfinals at the hands of South Carolina. Georgia is one of 11 SEC teams in the field of 64.

The winner of Georgia-ETSU will square off with the winner of Virginia Tech-Texas Tech on Sunday, May 9 at 1 p.m. The Hokies and Red Raiders will kick off the regional with a 10 a.m. match on Saturday, May 8.