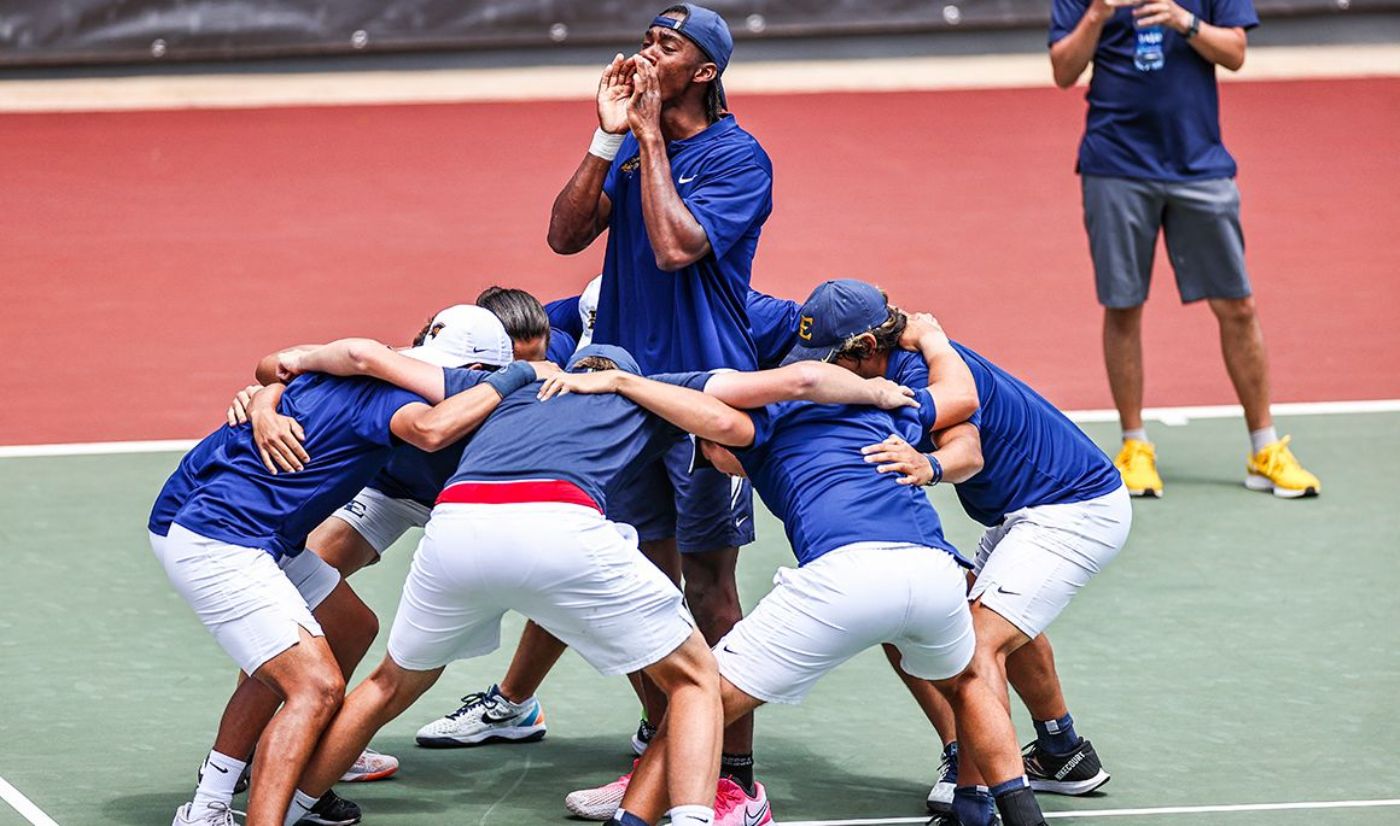 ATHENS, Ga. (May 8, 2021) – The 2020-21 season officially came to a close for the ETSU Men’s Tennis team in the opening round of the NCAA Tournament in Athens, Ga. The Bucs squared off against No. 11 Georgia at the Dan Magill Tennis Complex, falling in the opening round by the final score of 4-0. With the loss, the Bucs conclude the season at 13-8, while the Bulldogs improve to 15-6 and advance to the second round where they will face Texas Tech.

The Bulldogs captured the doubles point after earning wins in the No. 1 and No. 3 slots. Trent Bryde and Tyler Zink, ranked as the No. 7 doubles tandem in the ITA rankings, claimed the 6-1 victory in the No. 1 doubles position, besting Juan Lugo (Maracay, Venezuela) and Frazier Rengifo (Cali, Colombia). The point was clinched with the duo of Philip Henning and Erik Grevelius capturing the 6-4 win in the No. 3 position over ETSU’s tandem of Juan Sebastian Zabala (Guayaquil, Ecuador) and Thiago Pernas (Buenos Aires, Argentina).

The remaining three matches were up in the air with Rengifo and Miguel Este (Caracas, Venezuela) beginning a third set, while Dimitri Badra (Maracay, Venezuela) was leading 4-1 in the second set after dropping the opening set.

With the team competition wrapped up, Badra will now turn his sights to the NCAA Singles Championship as he earned the Southern Conference’s automatic bid. Badra will begin his run at a singles title on Sunday, May 23 at the USTA National Campus in Orlando, Fla.