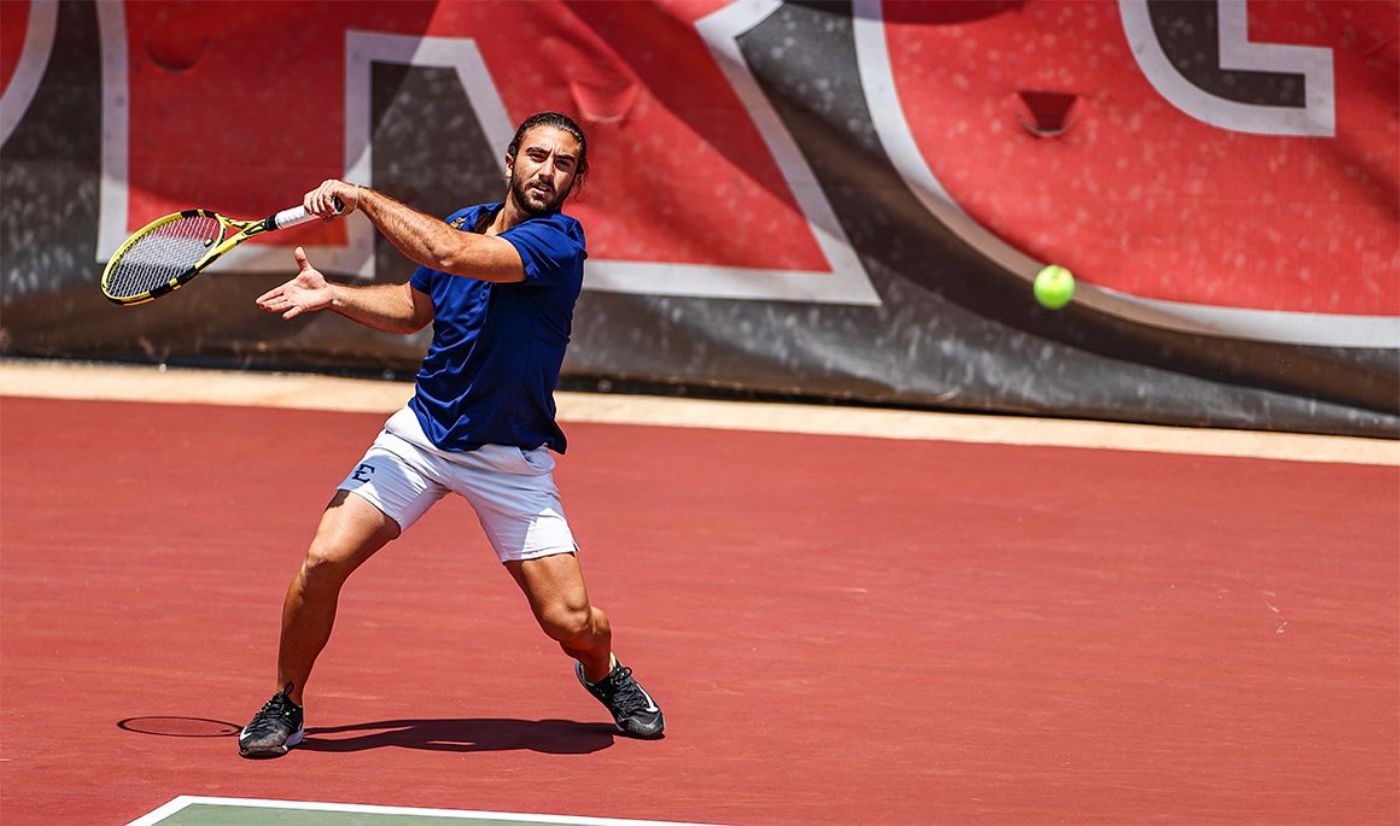 ORLANDO, Fla. (May 22, 2021) – ETSU redshirt-freshman and reigning Southern Conference Freshman/Player of the Year Dimitri Badra (Maracay, Venezuela) will begin his participation in the 2021 NCAA Men’s Tennis Singles Championship on Sunday at 10 a.m. in Orlando, Fla. Badra will open up with a showdown against South Carolina’s Daniel Rodrigues who is ranked No. 2 in the latest ITA rankings. Badra, who is ranked No. 69, will square off with Rodrigues at the USTA National Campus in Orlando.

Badra is the first ETSU singles player to compete in the NCAA Men’s Tennis singles championship since David Biosca (Sant Fruitos de Bage, Spain) did so in 2017. Biosca advanced to the round of 32 following a win over Virginia’s Collin Altamirano. Badra led the Bucs all season long and holds a singles mark of 14-5 this year, including 11-3 when playing in the top singles spot. In his last 10 matches, the Venezuela native is 6-2 in singles matches with two matches going unfinished.

Badra most recently went toe-to-toe with Georgia’s Trent Bryde in the opening round of the NCAA Men’s Tennis Championship at the Dan Magill Tennis Complex in Athens, Ga. Bryde, ranked No. 15 in the ITA Top-125, claimed the opening set with a narrow 6-4 win over Badra. The Venezuela freshman retaliated with a dominating performance in the second set, leading 4-1 before the match was halted after Georgia had clinched the opening-round win over the Bucs.

Daniel Rodrigues enters as the No. 2 overall seed in the tournament with a 26-7 overall record, including 18-5 this spring. All of Rodrigues’ 18 wins have come at the No. 1 spot in the lineup. Rodrigues and the Gamecocks most recently dropped a tough 4-3 loss to Texas in the Round of 16 on Monday in Orlando, Fla. Rodrigues dropped a three-set thriller to Eliot Spizzirri (3-6, 6-2, 4-6). Prior to the loss, Rodrigues had won back-to-back NCAA Tournament, straight-set wins.

The winner of Badra and Rodrigues will advance to the Round of 32 to take on the winner of South Florida’s Jacob Wojcik and Georgia Tech’s Marcus McDaniel.

All matches shall be the best-of-three sets. No-ad scoring and a 7-point tiebreaker (first to seven points, must win by two points) at six-games-all will be used for all matches.

The USTA and the NCAA have partnered with the TennisOne app to be the live-streaming platform for the 2021 NCAA Tennis Championships. They carried the entirety of the Round of 16 and will have the first couple of matches of the quarterfinals and semifinals. They will be featuring ALL matches from the individual tournaments as well as a produced feed with commentary for the singles/doubles finals. Instructions on how to download the app can be found by clicking here.