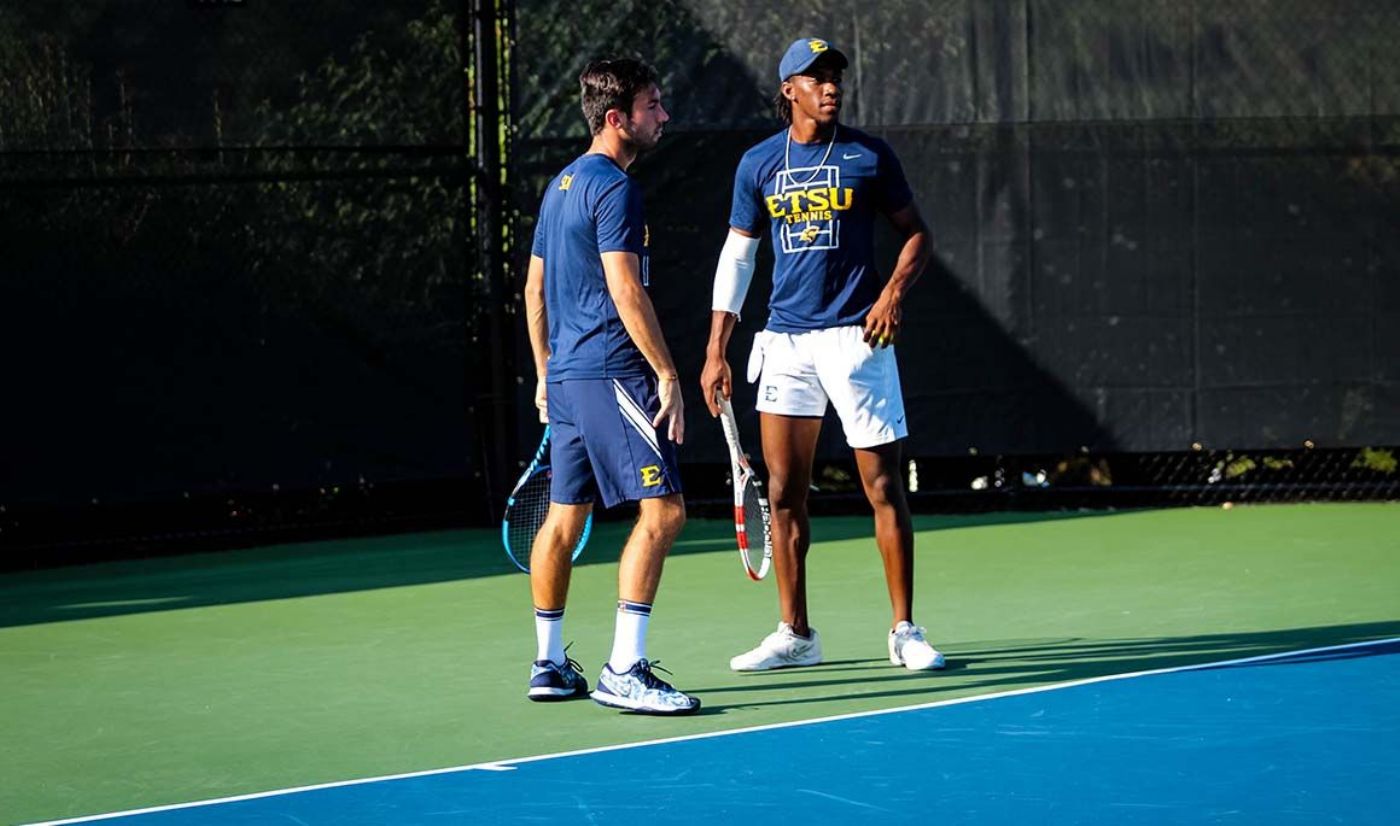 KNOXVILLE, Tenn. (Sept. 25, 2021) – The ITA Regionals came to a halt for the Buccaneers Men’s Tennis team in Knoxville, Tenn. on Saturday, Sept. 25. The Bucs were led by Frazier Rengifo (Cali, Colombia) who reached the round of 16 in both the singles and doubles draw before being knocked out. Rengifo was paired with ETSU newcomer Hugo Lobo (Toulon, France) in the doubles bracket.

The second day of singles resulted in just one win for the Bucs as Rengifo claimed a pair of singles battles to advance to the round of 16. The veteran Buccaneer upended Maxwell Freeman (Vanderbilt) by the score of 7-6(3), 6-1 in the second round before bouncing Middle Tennessee State’s Francisco Rocha in straight sets, 6-3, 6-3 in the third round. The Colombia native concluded his competition in singles play with a 6-4, 6-2 defeat against Shunsuke Mitsui of Tennessee on Saturday.

ETSU began doubles action with a 2-2 record on day one as Rengifo/Lobo defeated Blessing Benibo and Kamil Kozerski (IUPUI) by the final of 8-6. Yusuf Khamis (Cairo, Egypt) and Francisco Lamas (Maracay, Venezuela) earned an opening round win over Trevor Ball/Tom Berry (Northern Kentucky) following an 8-2 triumph. Rengifo and Lobo toppled conference foe Kerim Hyatt and Simon Labbe (Chattanooga) in the second round with an 8-5 victory, their final victory of the event.

The Bucs’ next event will be the ITA All-American beginning on Oct. 4 in Tulsa, Okla.