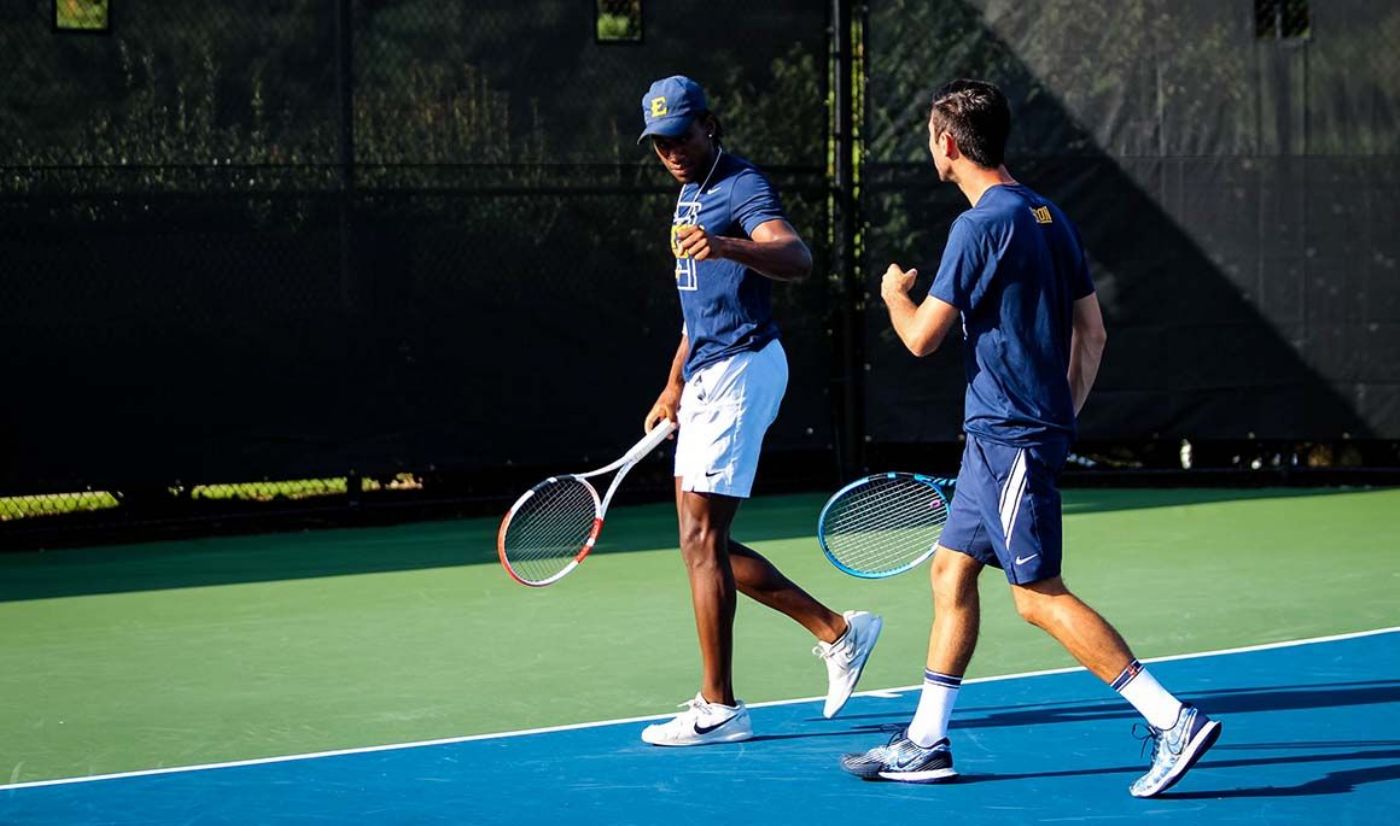 ETSU defeats UAB by the final of 4-2

BIRMINGHAM, Ala. (Feb. 26, 2022) – The ETSU Men’s Tennis team earned another 4-2 win on Saturday afternoon, this time taking down UAB in Birmingham, Ala. With the win, the Bucs improved to 5-4 on the season and have won five of their last six matches.

The doubles point belonged to the Blue & Gold, winning from the No. 1 and No. 2 doubles slots. Frazier Rengifo (Cali, Colombia) and Juan Sebastian Zabala (Guayaquil, Ecuador) kicked things off with a dominating 6-0 win over Michal Lusovsky and Vojtech Podzemny in the No. 1 slot. Dimitri Badra (Maracay, Venezuela) and Hugo Lobo (Toulon, France) clinched the doubles point with a 6-2 triumph in the No. 2 position.

The two squads traded the next two singles matches to keep the match deadlocked at two apiece with three matches to go. Zabala earned a 6-1, 6-2 win over Nikola Puric in the No. 5 slot for ETSU’s second point.

Rengifo pulled the Bucs to within one point of clinching the victory after picking up a 6-3, 6-1 win over Thanos Spyropoulos in the No. 2 slot. The match was clinched from the No. 3 singles position with Lobo handling Podzemny a three-set defeat. Lobo dropped the first set 6-4 but rallied to win the next two, 6-1, 6-4 to keep the Bucs in the win column.

ETSU will close out its Birmingham trip tomorrow with a noon match against Samford in the Southern Conference opener.