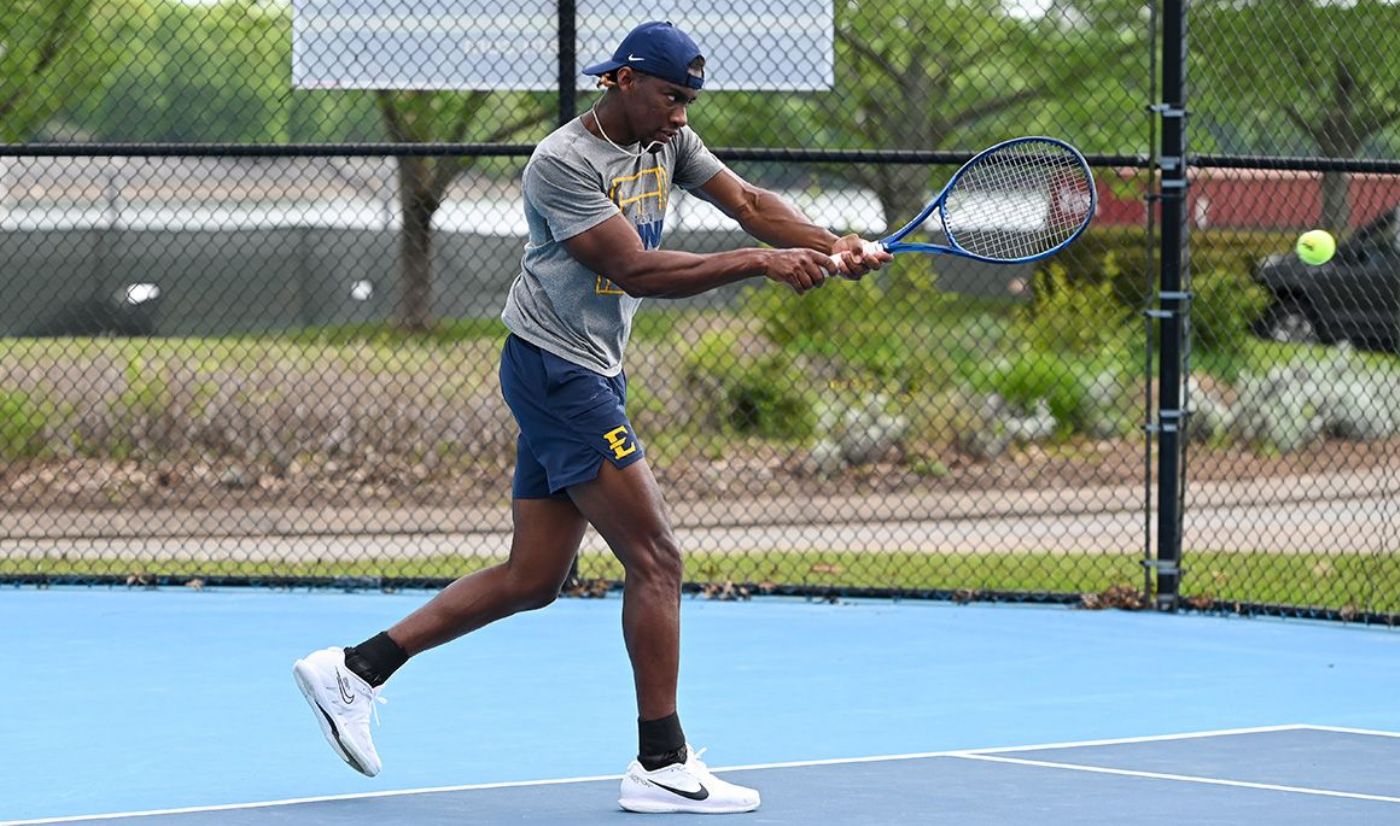 Bucs ready for round one of NCAA Tournament

LEXINGTON, Ky. (May 5, 2022) – ETSU Men’s Tennis has its mind set on taking down No. 29 Northwestern in the opening round of the 2022 NCAA Men’s Tennis Championship. The showdown between the No. 71-ranked Bucs and the Wildcats will commence tomorrow morning at 10 a.m. at the Hilary J. Boone Tennis Center in Lexington, Ky.

About the Bucs
ETSU captured the program’s 11th Southern Conference title in program history and fourth consecutive championship with a 4-0 win over Samford in the title game. ETSU enters the NCAA Tournament with a 20-6 overall record, the second 20-win season in the Martin Stiegwardt era.

The Bucs are led by two-time SoCon Player of the Year Dimitri Badra (Maracay, Venezuela) with a 13-6 record this spring. Badra is 11-5 when playing in the No. 1 singles slot. Badra was joined on the All-SoCon First Team by teammate Frazier Rengifo (Cali, Colombia). The veteran competitor will go down as one of the most successful tennis players in program history, holding a 15-5 record just this spring alone. The Blue & Gold have witnessed an emergence from Thiago Pernas (Buenos Aires, Argentina) and Juan Sebastian Zabala (Guayaquil, Ecuador) with a combined 32 singles wins and just five losses this spring.

The Bucs will be looking for their first NCAA Tournament win since defeating Alabama by the final score of 4-2 on May 15, 2010 in Knoxville, Tenn.

Knowing Northwestern
The 29th-ranked Wildcats are 19-10 on the season and were most recently knocked out of the Big Ten Championship by Ohio State, dropping the 4-0 decision to the Buckeyes. Northwestern is 7-7 on the year when playing away from home, including 2-1 on neutral grounds.

The Wildcats and Bucs have a common opponent in Indiana. ETSU took down the Hoosiers 6-1, while Northwestern toppled Indiana by the final of 4-0.