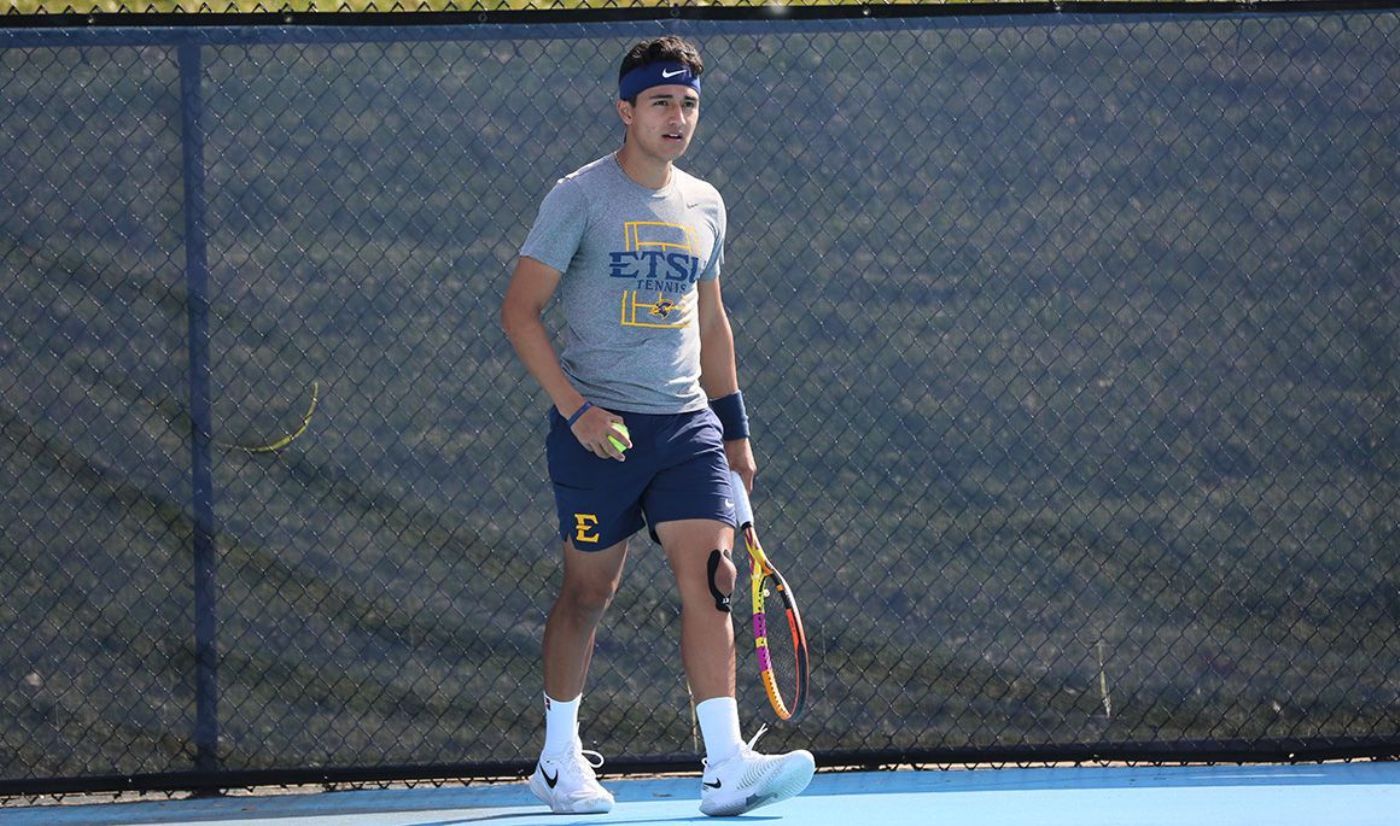 Bucs suffer 4-0 loss to Northwestern in round one

LEXINGTON, Ky. (May 6, 2022) – The 2022 season came to an end for ETSU Men’s Tennis on Friday afternoon as the Bucs dropped a 4-0 decision to No. 30 Northwestern in the opening round of the NCAA Championship in Lexington, Ky. With the loss, the 71st-ranked Buccaneers conclude their season with a 20-7 overall record.

Northwestern and ETSU were deadlocked in tight doubles matches, with each one ending in a 6-4 result. Unfortunately for the Bucs, the Wildcats picked up two of those 6-4 decisions to snatch the doubles point. ETSU’s lone doubles win came in the top slot as Frazier Rengifo (Cali, Colombia) and Juan Sebastian Zabala (Guayaquil, Ecuador) toppled the 82nd-ranked doubles tandem of Steven Forman and Felix Nordby.

Northwestern picked up three straight singles wins in the top three singles positions to secure the 4-0 win over the Bucs in the opening round. All three of the Wildcats’ wins were in straight sets.