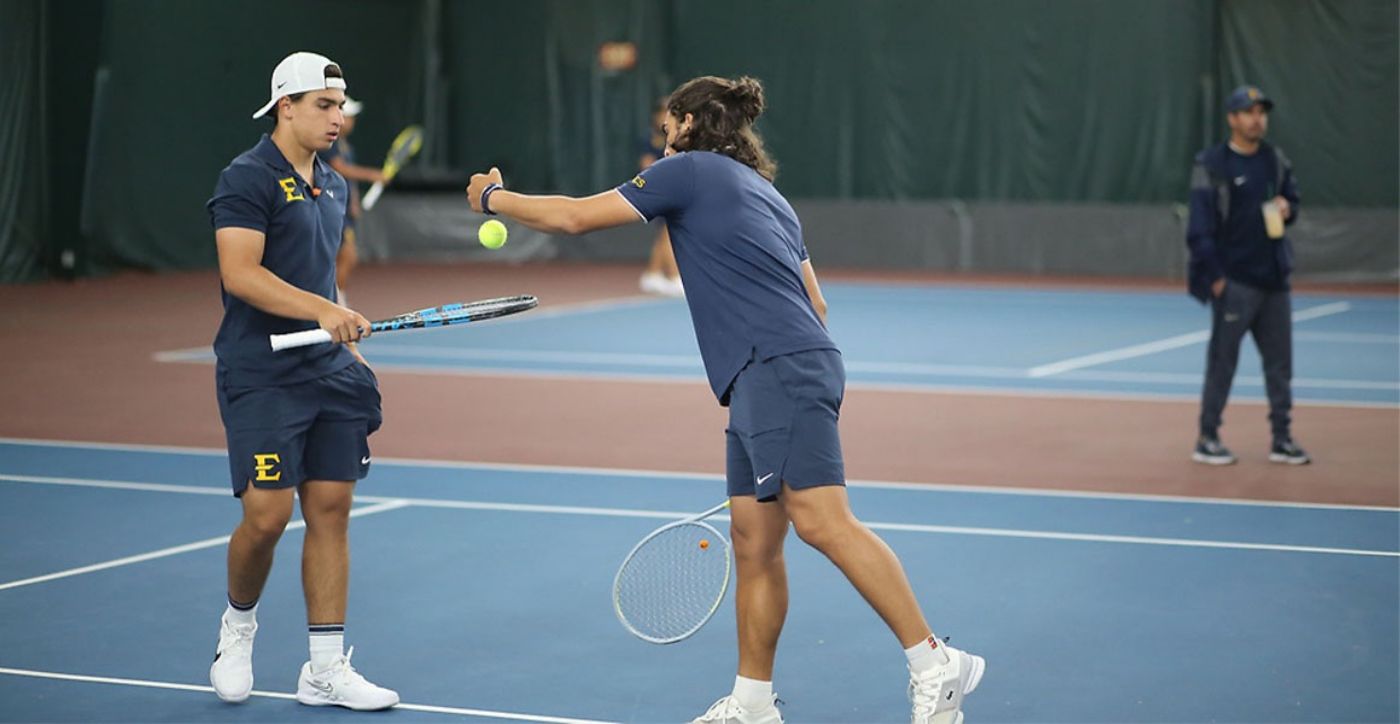 Men’s tennis set to compete in the CCB Collegiate Invitational

BIRMINGHAM, Ala. (Nov. 3, 2022) – The ETSU men’s tennis team will compete in the CBB Collegiate Invitational in Birmingham, Ala. this weekend. Hosted by The Country Club of Birmingham, University of Alabama and Samford University, the competition will get started at 9 a.m. on Friday morning and conclude on Sunday afternoon.

Each player will compete in two singles matches on Friday, with Pernas staring the action for ETSU at 9 a.m. Britez will conclude the first round of singles for the Bucs as he competes at noon. The second round will commence after the first-round matchups are complete.

On Saturday morning, the pairings of Pernas/Cressoni and Lombisano/Britez will start the first round of doubles at 9 a.m. Following their doubles matchup’s, the third round of singles will start back up at noon. Everyone’s final match will take place on Sunday with times varying depending on where each player/duo ends up in their respective bracket.

There will be a total of 14 teams competing on the event with fellow SoCon foe, Samford, being the only other team from the conference. The Bucs are coming off a six-win weekend last week at the Virginia Tech Halloween Clash as three different players earned a pair of wins in the competition.