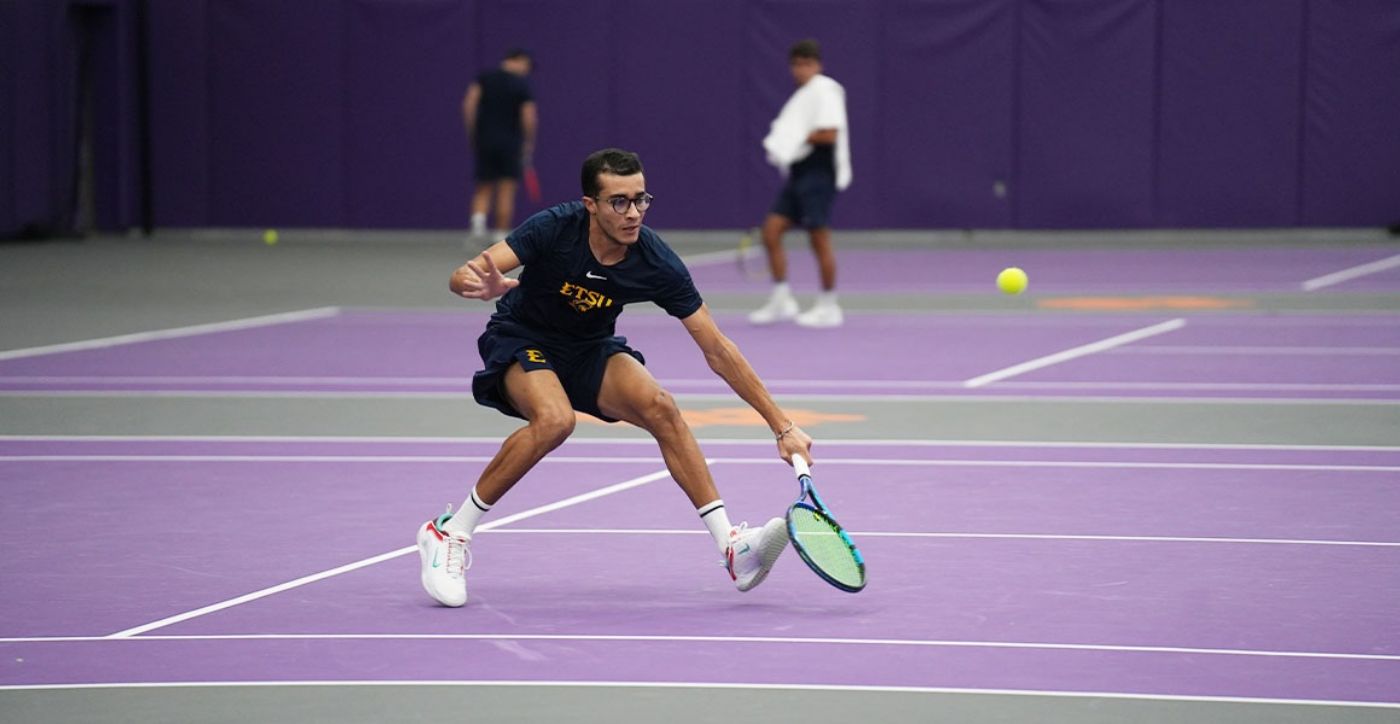 Bucs swept on the road

CLEMSON, S.C. (Jan. 21, 2023) – On Saturday afternoon the ETSU men’s tennis team made the trip to take on Clemson, S.C. where they lost the third consecutive match of the season. Dropping the contest, 0-7, the Bucs earned their lone victory in a 6-2 doubles match.

Despite ETSU not earning the doubles point on Saturday, the duo of Dimitri Badra (Maracay, Venezuela) andAdam Nagoudi (Tunis, Tunisia) won 6-2 in first flight doubles over the pairing of Ryuhei Azuma/Spencer Whitaker from Clemson.

The Bucs will take on Abilene Christian University next Friday, Jan. 27 at noon and Air Force on Saturday, Jan. 28 at 5:30 p.m. in Colorado Springs, Colo.