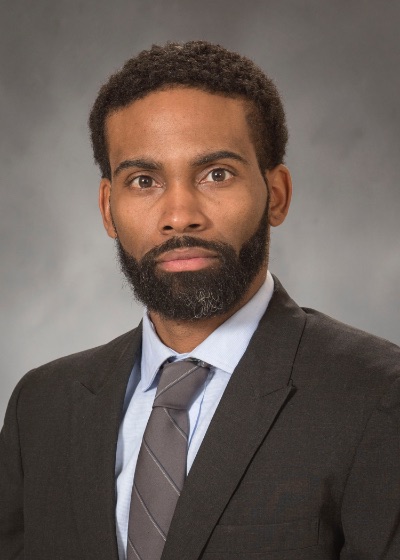 Hassaan Stamps joined the ETSU track & field coaching staff in September 2013 and has 19 years of coaching experience, including the last six seasons with the ETSU program.

Priot to ETSU, his most recent stop was as an assistant coach focusing on jumps and multi-events at Southern Illinois University at Edwardsville from 2010-13. At SIUE, athletes under his tutelage rewrote the school record books by breaking seven records during his tenure.

At ETSU on the women's side, Stamps has coached six conference champions along with 34 top eight finishers at the conference championships. He has also coached seven all-conference team selections. Stamps was an integral part of Dede Edgecombe qualifying for the NCAA Regional championships in the 100mH in 2014 and 2015. Stamps coached Kyra Atkins in the 100m en route to a SoCon Championship and a spot in the NCAA Regional Championships in 2016. Stamps helped Atkins earn SoCon Freshman of the Year honors during both the indoor and outdoor season.

On the men's squad at ETSU, Stamps has coached three conference champions and 29 top eight finishers at the conference championships. There have been ten all-conference team selections under Stamp's watch along with coaching Mike Williams, who garnered Second Team All-American honors in the 400mH after finishing 14th at the NCAA Championships. Stamps has coached Williams to three straight NCAA Regional appearances along with back-to-back SoCon Championships in the 400mH in 2015 and 2016.

A recent international coaching experience also highlights Stamps’ resume. In 2012, he served as the head coach of the Kingdom of Saudi Arabia’s national team. Before leading the Saudis into international competition at the 2012 World Junior Championships and the London Games, Stamps took a sabbatical from SIUE to develop and recruit Saudi Arabia's top junior competitors while coaching elite-level athletes.

Prior to SIUE, Stamps had coaching stints at various universities throughout the country.

From 2008-10 he served as an assistant coach and recruiting coordinator at Florida International. While at FIU, Stamps helped recruit one of the largest and strongest incoming classes in school history. He also helped coach the school's pentathlon and heptathlon school record holder.

Preceding his time at FIU, Stamps spent 2007-08 at neighboring University of Miami coaching hurdles, jumps and multi-events for the Hurricanes. At Miami, he coached three All-Atlantic Coast Conference performers, two NCAA qualifiers and one NCAA All-American.

Stamps’ coaching journey also brought him to the University of Vermont in 2006-07 where he helped guide the Catamounts to 17 school records.

His first collegiate coaching experience began on the west coast where he served as an assistant coach at California State University Los Angeles from 2003-06. While at Cal State, Stamps oversaw 14 All-Americans, including a national champion.

The coach is also a Level II certified USA Track and Field (USATF) instructor as well as Level I certified with the International Association of Athletics Federations (IAAF).

While etching his name into the UT track & field record books, Stamps also helped the Vols to back-to-back outdoor Southeastern Conference (SEC) titles in 2001 and 2002 as well as serving as a team captain during the aforementioned championship seasons. In the classroom, the student-athlete was also named the SEC Track & Field Scholar Athlete of the Year in 2001.

The four-time all-SEC selection earned a bachelor's degree with a double major in sports management and psychology from the University of Tennessee in 2003.