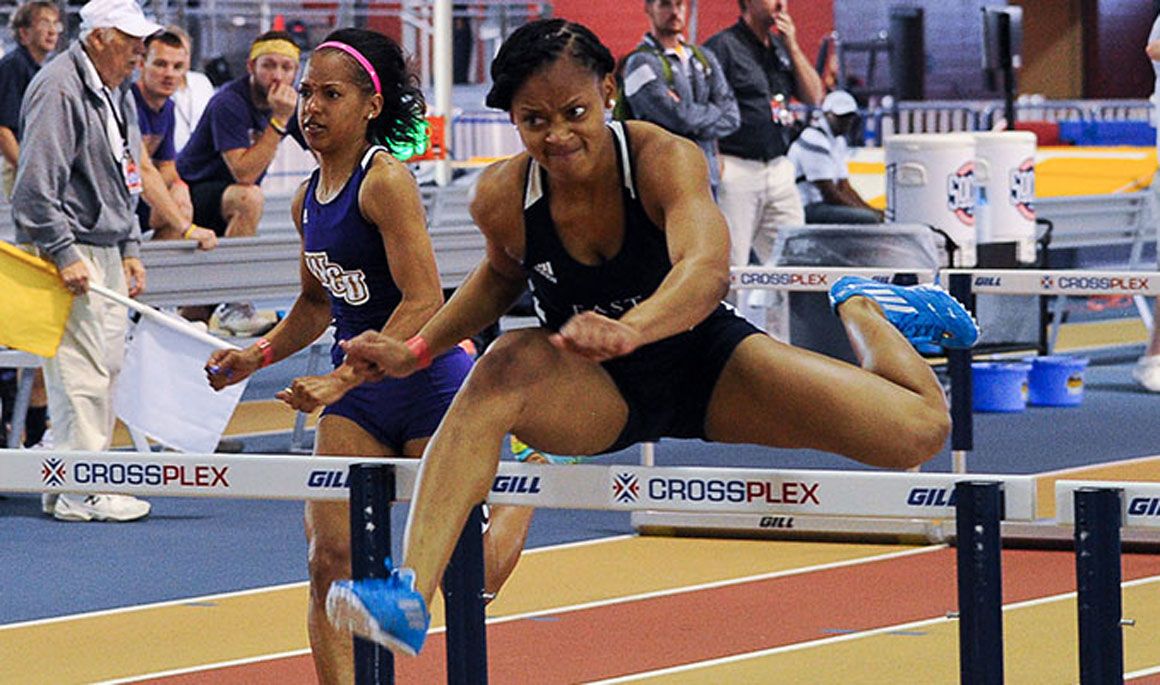 Edgecombe moved one step closer to qualifying for the NCAA Championship as the Buccaneer hurdler – who entered the meet as ETSU’s record holder in the 100mH – bested her mark by three-hundredths of a second by clocking in at 13.32 inside North Florida’s Hodges Stadium. The Spartanburg, S.C., native placed 18th out of 48 competitors and automatically qualified for the quarterfinal by finishing third in the second heat.

“We had a good day with Dede advancing to tomorrow's quarterfinal and Brett (Squibbs) having his best meet of the year,” said head coach George Watts. “Dede continues to get better in the championship meets and has broken the school record numerous times since her sophomore year. Her hard work continues to pay off and she has an opportunity to do something special in tomorrow’s race.”

Kentucky’s Kendra Harrison won the first round of the 100mH with a time of 12.66.

Edgecombe, the Southern Conference Most Outstanding Track Performer and Most Outstanding Athlete, will race in the 100mH quarterfinal Saturday night at 7:05 p.m. For Edgecombe to advance to the NCAA Championship in Eugene, Ore., the Buccaneer hurdler will need to either finish in the top three of her heat or post one of the next three fastest qualifying times.

Meanwhile, as Edgecombe was breaking the hurdles record, sophomore Brett Squibbs (Rock Hill, S.C.) was competing in the pole vault.

Squibbs saw his season come to an end by placing 17th with a season-best mark of 5.15m (16-10.75). The Buccaneer sophomore cleared his first two heights of 4.85m and 5.00m on his second attempt, while coming through at 5.15m on his third and final try. Unfortunately, Squibbs couldn’t clear his three attempts at 5.25m (17-02.75), which was the qualifying mark for nationals.

“I am proud of Brett and his performance today,” said Watts. “He had a season best and was one clearance away from qualifying for the NCAA Championship.”