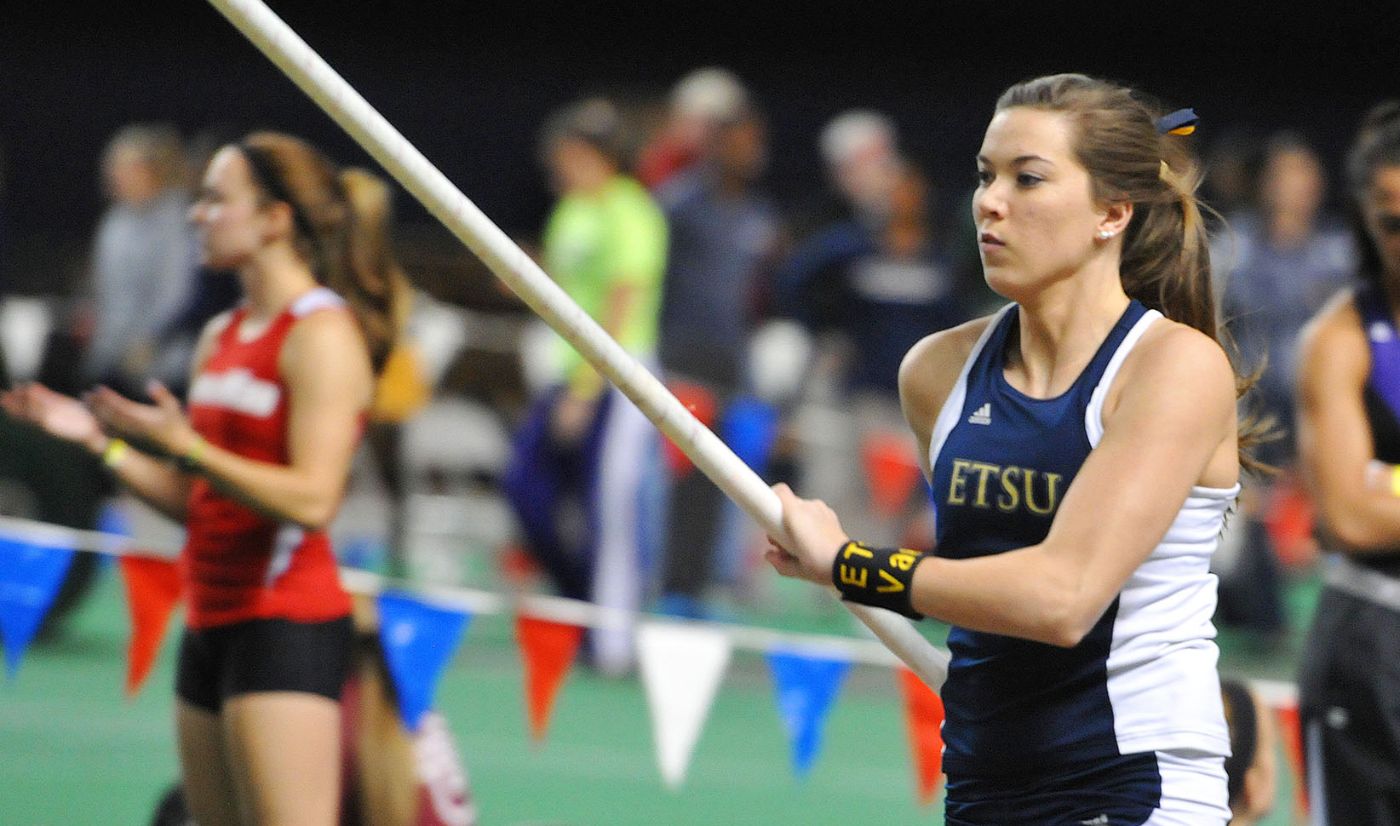 JOHNSON CITY, Tenn. (Feb. 6, 2016) – In its final day of competition at home this season, the ETSU track & field program turned in a steady performance to close out the Buccaneer Invitational Saturday. ETSU won three events and totaled five additional top five finishes in its second to last competition before the conference meet at the end of the month.

"We had another good day at this year's Buccaneer Invitational," said ETSU Director of Track & Field/Cross Country George Watts.  "The team found a way to elevate their performances and we came away with a couple of wins and quite a few personal bests along the way."

Two of three victories by the Bucs came on the track as juniors Simeon Roberts (Greeneville, Tenn.) and Matt Moore (Oak Ridge, Tenn.) won the one mile run and the 60m dash. Moore’s victory is his first of the season but this is the third time Roberts has earned a top spot in an event with the previous two also coming at a meet ETSU hosted.

"Simeon's run was pretty much a solo effort the second half of the race and although he's ready to run much faster it was still a fine effort," remarked Watts. "Matt had the best meet of his career with a personal best in the semi's on Friday and a nice win in the final on Saturday."

"There were other nice performances including a big personal best and second place finish by Nathan Rivera in the Heptathlon and Ashton Wilson in the 800 Meter Run," said Watts. "The women had a strong showing in the sprints with Keturah Williams, Kiana Davis and Vicki Franse all in the finals and placing well."

The Bucs return to action next Friday when they travel to Birmingham, Ala. to compete in the Samford Invitational. This will be the final meet before ETSU competes in the SoCon Indoor Championships.

"Overall we had what I consider a lot of hidden performances that bode well as we close in the conference championship," said Watts.