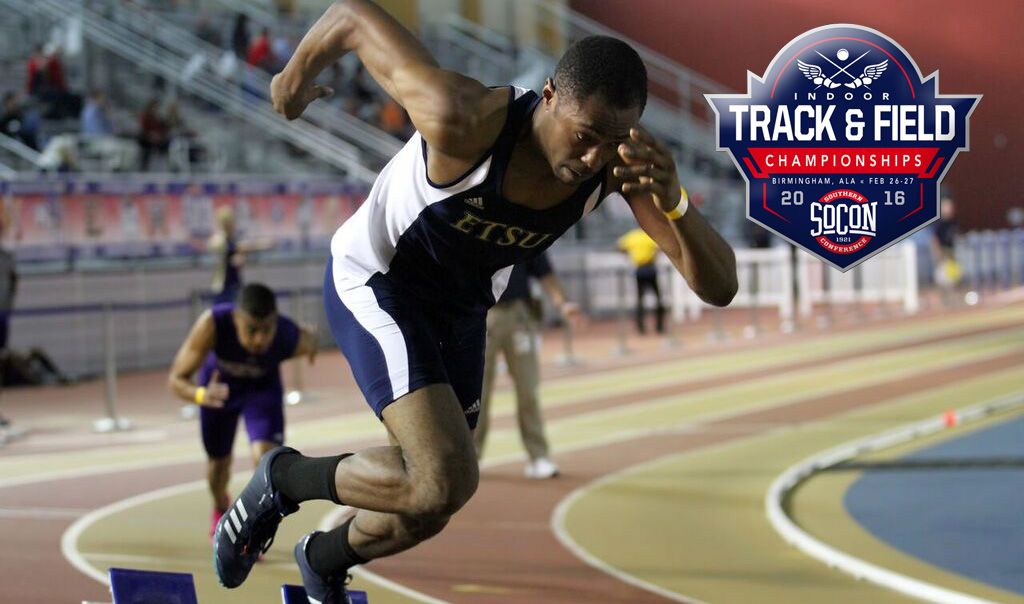 BIRMINGHAM, Ala. (Feb. 27, 2016) – The ETSU track & field program wrapped up the Southern Conference Indoor Championships Saturday at Birmingham’s CrossPlex. The women’s team finished in third place with 84.50 points, while the men posted a fourth place finish. In total, the Bucs won four events and five other athletes earned medals.

“I was very pleased with our performances,” said ETSU Director of Track & Field/Cross Country George Watts. “We scored in a majority of the events with a young men's team and an even younger women's team.”

Junior Kartrina Seymour paced the women’s team with a victory in the 400m dash. Senior Keturah Williams (Alpharetta, Ga.) wrapped up her final conference indoor meet winning a bronze medal in the 60m dash, while freshman Kyra Atkins (Greer, S.C.) earned her second medal of the meet finishing second in the 60m hurdles.

“Kyra’s future is very bright as she scored in three events this weekend,” said Watts.

Mike Williams (Mt. Laurel, N.J.) was ETSU’s top performer as he won both the 60m hurdles and 400m dash. Matt Moore (Oak Ridge, Tenn.) also notched a victory in the 60m dash. Nathan Rivera (Knoxville, Tenn.) finished off the medal count with a second place finish in the Heptathlon.

“I couldn't be happier for Matt as he has overcome injuries throughout his career,” remarked Watts.

The Bucs’ next indoor meet would be March 11 -12 at the NCAA Indoor Track & Field Championship in Birmingham, Ala. Stay tuned to ETSUBucs.com in the coming weeks for more information on the ETSU student-athletes that are expected to compete and other news surrounding the Championships.