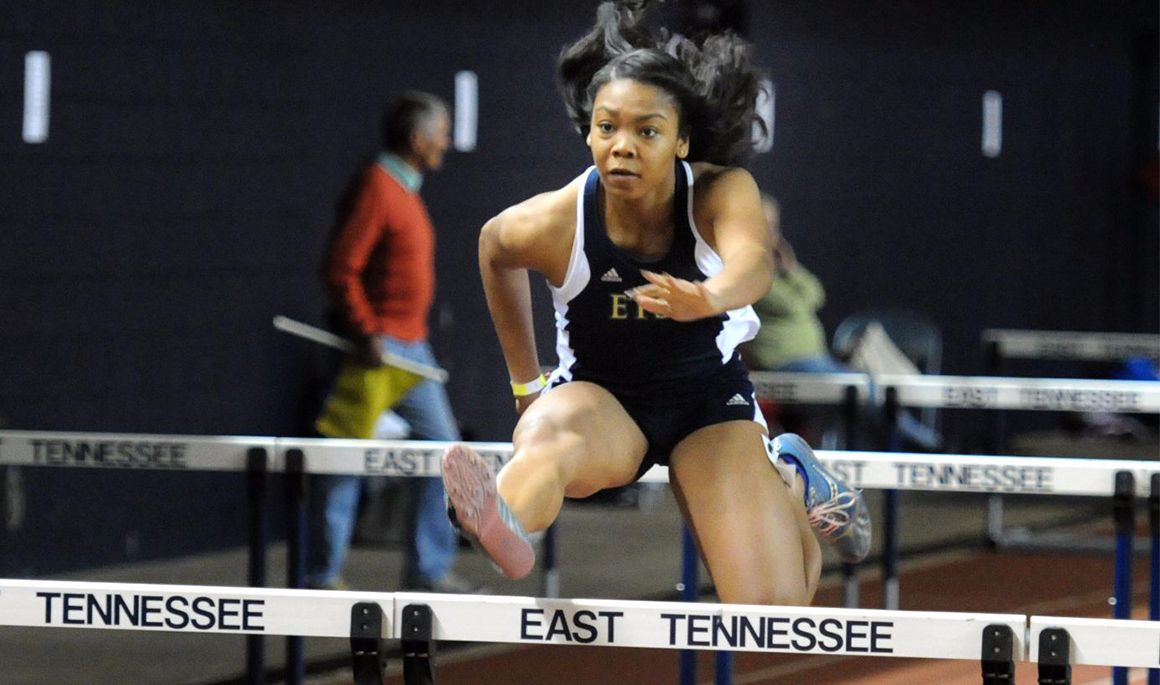 ETSU ends two meet weekend with Five Top Ten Finishes
Related Links
ATLANTA, Ga. (March 26, 2016) – It was a terrific day for the ETSU Track and Field program on Saturday as they registered five top ten finishes between the Yellow Jacket Invitational and the Raleigh Relays.
On day two of the Raleigh Relays the ETSU men's 4x800-meter relay team took second out of 13 teams with a time of 7:38.69, just two seconds off the event winner Appalachian State. At the Raleigh Relays on Friday, the Bucs captured three top 40 performances.
The other event of the weekend for the Bucs was in Atlanta, Ga., at the Yellow Jacket Invitational where ETSU saw seven finishers in the top ten. The day begin with the women's 4x100-meter relay team of freshman Kyra Atkins (Greer, S.C.), senior Keturah Williams (Alpharetta, Ga.), freshman Kiana Davis (Ooltewah, Tenn.) and freshman Starr Graham (Alpharetta, Ga.) finishing sixth with a time of 46.52.
Atkins had a stellar performance at the Yellow Jacket Invitational placing in the top 20 in the women's long jump with a mark of 5.43 meters. She followed that performance with a third place finish in the 100-meter hurdles with a time of 13.72.
Keturah Willams came just .04 seconds from breaking her personal best time in 100-meter dash as she recorded a time of 12.04 to place ninth out of nearly 40 runners at the Yellow Jacket Invitational.
Sophomore Nicki Smith (Urbandale, Iowa) also ran a personal best time of 2:13.73 in the 800-meter run, placing her 13th out of 43 runners.
In the 400-meter dash, the Blue & Gold had four in the top 20 as junior Mike Williams (Mt.Laruel, N.J.) led the way with a time of 48.65 taking tenth place.
Senior A'Darrius Sanders (Knoxville, Tenn.) came in 16th with a time of 50.28 and junior Jonathan Foote (Bristol, Tenn.) was directly behind Sanders in 17th with a time of 50.65. Rounding out the top 20 was junior Patrick Taylor (Chattanooga, Tenn.) with a personal best time of 52.54.
The Bucs will keep the squad split next weekend as the ETSU Track and Field program heads to both the Florida Relays and Vertklasse Meeting beginning on Friday, April 1.
For more information on Buccaneer Track and field, visit ETSUBucs.com and click on the track and field pages.