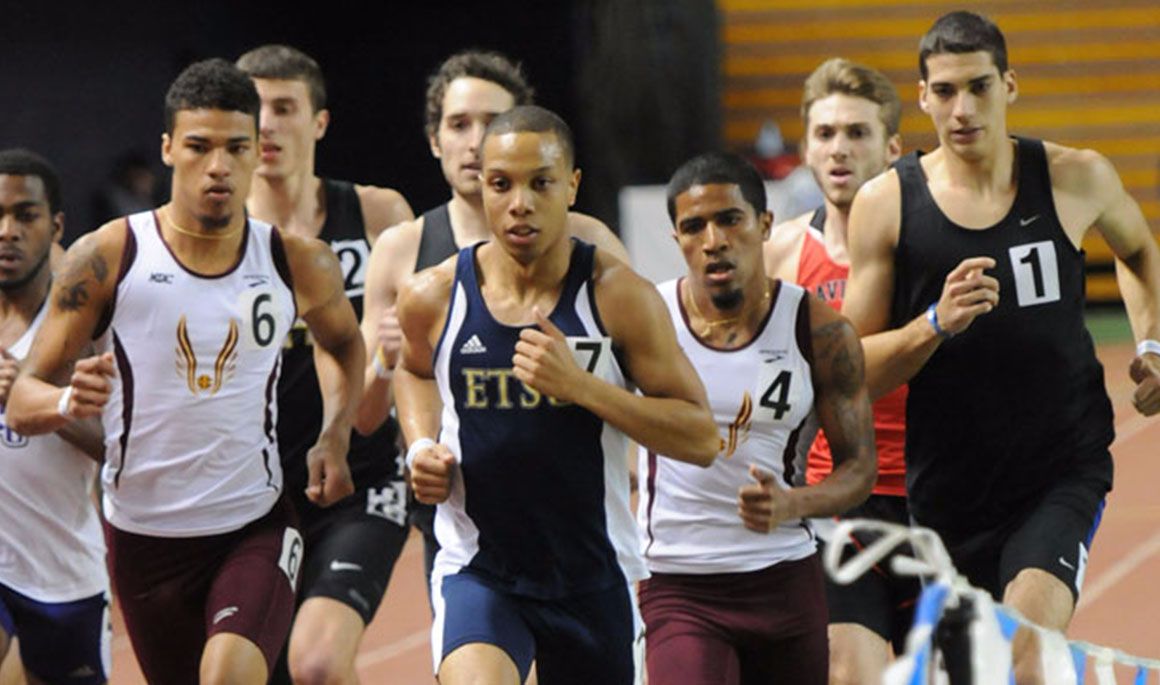 ATHENS, Ga. (April 30, 2016) – The ETSU Track and Field program had just four competitors at the Georgia Invitational in Athens, Ga., on Saturday and recorded two event victories along with a top five finish.
"We had a solid day with two wins and a third place finish," said director of track & field George Watts. "We had a couple of lightning delays that made it tough on the athletes but the effort was there and although we were hoping for some faster times, we had a very productive day and weekend."
Senior Thomas Miller (Lithonia, Ga. ) recorded his second victory of the outdoor season in the 800 meter run at the Georgia Invitational. Miller finished first with a time of 1:51.58. Overall, in the two meets for the ETSU Track and Field program it is the eighth event victory.
The second victory of the day for the Buccaneers came from junior Michael Williams (Mt.Laurel, N.J.) in the 400 meter hurdles as he finished first with a time of 51.78.
In the 1500 meter run, ETSU had two place in the top ten as junior Simeon Roberts (Greeneville, Tenn.) led the way in third place with a time of 3:51.52. Behind Roberts as junior Matthew Warriner (Maryville, Tenn.) came in seventh place with a time of 3:58.82.
ETSU will now have a week off before heading to Cullowhee, N.C. for the 2016 Southern Conference Championships, May 12-13. A meet in which ETSU and coach Watts have been preparing for all season.
"Now it's on to the conference championship and some more challenging competition," said Watts.
For more information on Buccaneer Track and field, visit ETSUBucs.com and click on the track and field pages.