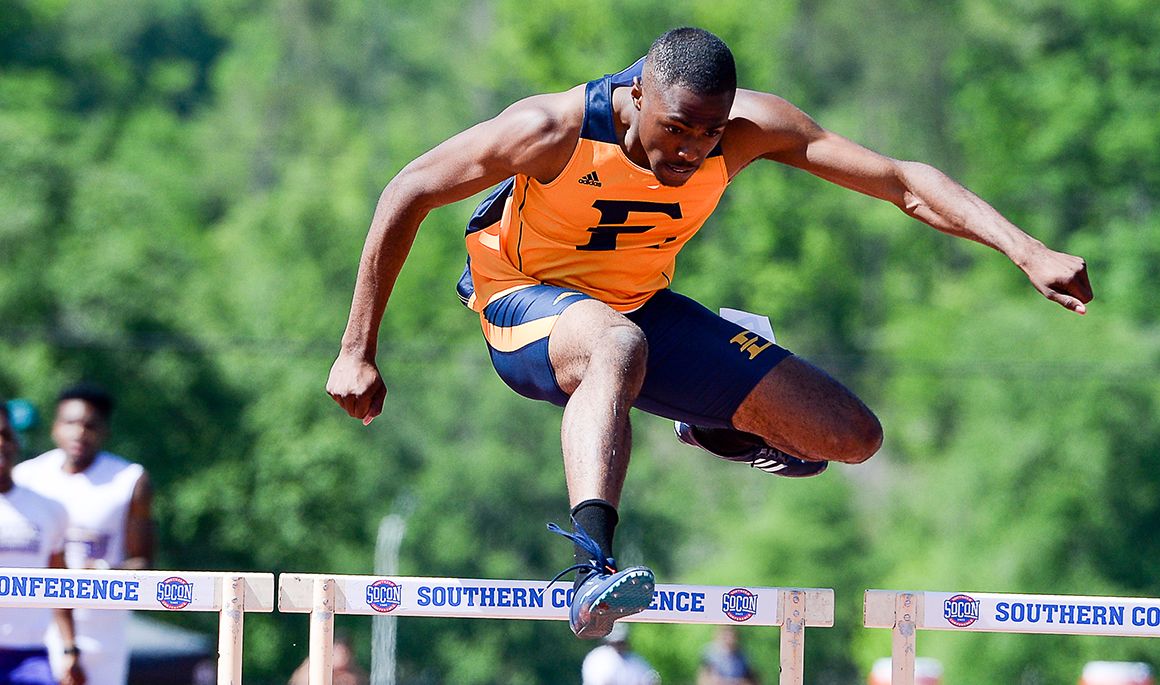 EUGENE, Oregon (June 8, 2016) – On Wednesday at the NCAA Outdoor Track and Field Championships junior Michael Williams (Mt.Laurel, N.J.) finished 14th in the 400 meter hurdles to earn Second Team All-American honors.
In heat one of the 400mH, Williams finished sixth with a time of 51.02 which will not advance him to the NCAA final on Friday.  It was one of the most difficult heats of the evening as three of the top ten fastest time in the nation joined
Williams in the heat.
Overall, the Mt.Laurel, N.J., native placed 14th which earns him Second Team All-American honors, the first Buccaneer track and field athlete to do so since Tyler Stepp back in 2014.
"Mike represented ETSU in a fine fashion today as he ran his second fastest time ever and earned Second Team All-American honors," said director of track & field George Watts.
The time of 51.02 was the second fastest time of Williams career in the 400mH. Williams was the first men's track athlete to make it to the NCAA Championships since James Rainer did so in the 100 meter back in 2005.
"Not making the final will keep him hungry for more," said Watts. "We look forward to many more great races next year."
It was a historic season for Williams who became the first Buccaneer since Tyler Stepp to make it to the NCAA Championships in Eugene. The junior hurdler won his second straight Southern Conference championship in the 400mH with a time of 51.81. Williams backed up that performance by setting a new personal best of 50.49 in the quarterfinals of the NCAA East Prelims.
Stay up to date with both the ETSU Track and Field and Cross Country program on Twitter @ETSU_TF_XC
For more information on Buccaneer Track and field, visit ETSUBucs.com and click on the track and field pages.