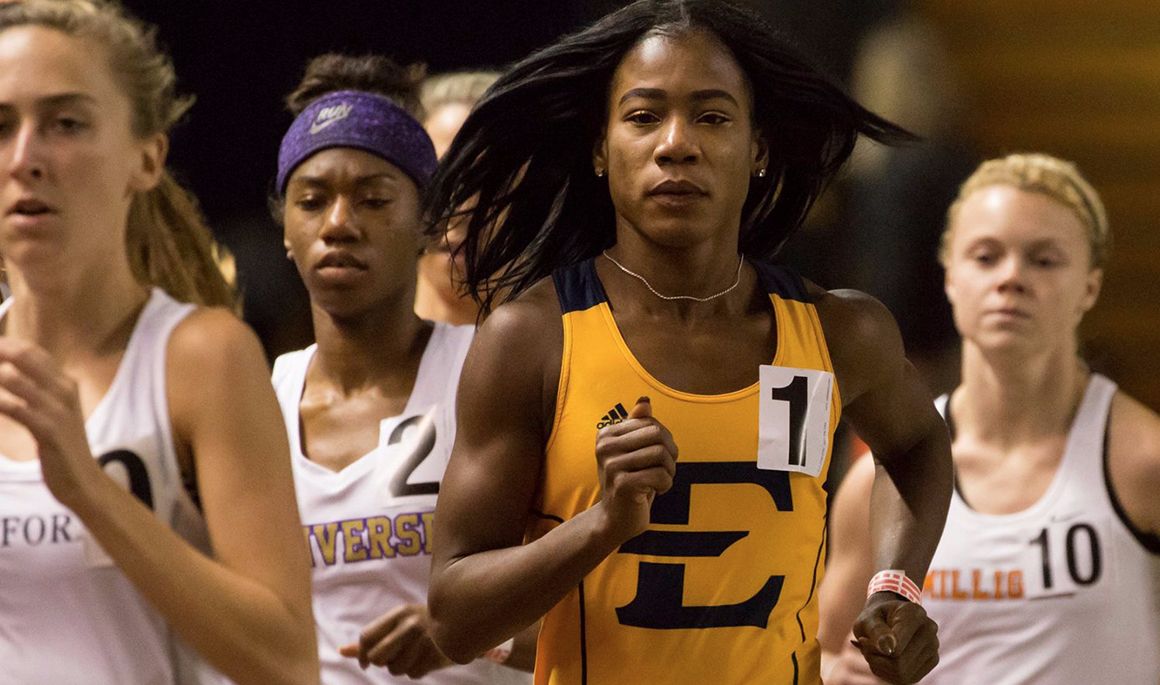 The highlight of the day was senior Katrina Seymour (New Providence, Bahamas) who qualified for the event finals in the 400m hurdles and 100m. In the 400mH, Seymour recorded the second fastest time at 1:01.11 and broke the school record. The senior posted the fastest time in the 100m with a mark of 11.87.

Sophomore Kyra Atkins (Greer, S.C.) qualified for the 100-meter hurdle final after recording the second fastest time with a time of 13.92. In the field, Atkins finished third in the long jump with a mark of 5.85 meters.

On the men’s side, senior Matt Moore (Oak Ridge, Tenn.) advanced to the 100-meter dash final after posting a time of 10.67. Moore’s time ranked as the fourth fastest time at the meet.

In the 3000m steeplechase the Bucs had three runners place in the top ten. Freshman Noah Charles (Johnson City, Tenn.) led ETSU with a fifth placed finish with a time of 9:33.28. Following Charles was junior Haydn Borghetti-Metz (Rogersville, Tenn.) in sixth place with a mark of 9:47.06. Rounding out the trio for the Bucs in seventh was junior Carl Oberfeitinger (Kingsport, Tenn.) with a time of 10:02.79.