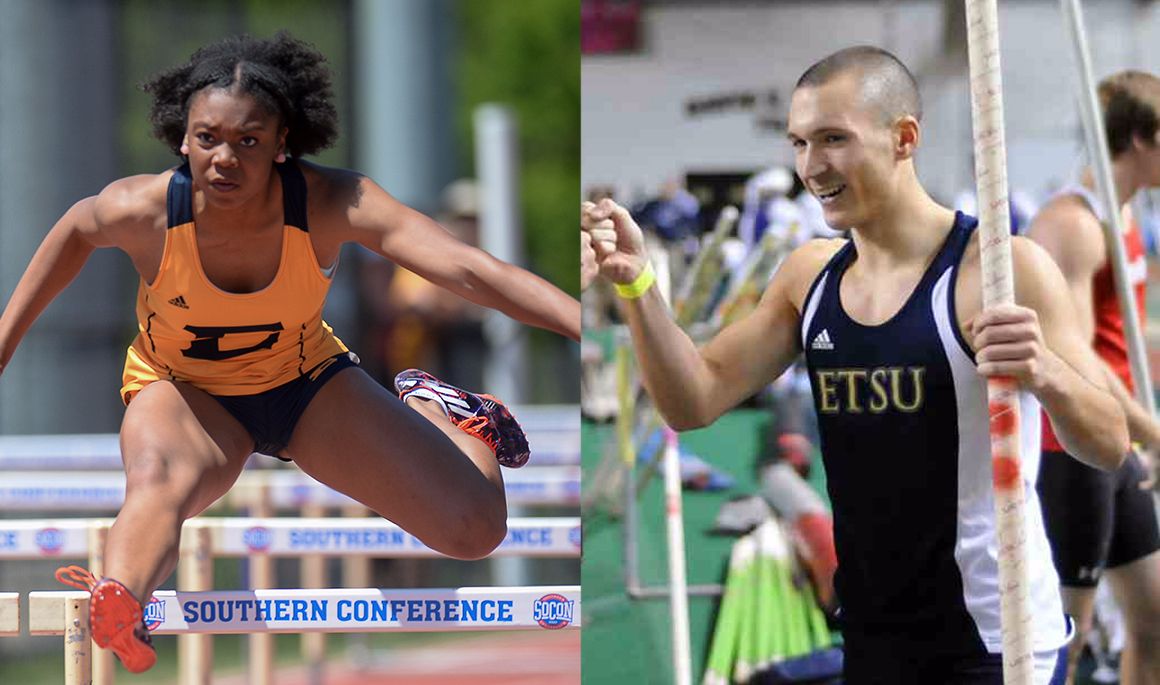 COLUMBIA, S.C. (March 25, 2017) – On Saturday at the Weems Baskin Invitational the ETSU Track & Field program thrived on the final day of the event with two event winners and 11 personal bests recorded.

Squibbs won the men’s pole vault for the second week in a row after tying a personal best mark of 5.20m (17’ ¾”). Squibb’s mark ranks as the third highest in the NCAA East Region.

On the track, the reigning SoCon Track and Field Athlete of the Week Atkins wrapped up her second consecutive 100m hurdle title with a time of 13.37. The mark is the second fastest time in the NCAA East Region.

ETSU continued to have success on the track in South Carolina as senior Matt Moore (Oak Ridge, Tenn.) ran a personal best time of 10.46 in the 100m dash to finish fifth. Moore finished ahead of runners from nationally recognized schools such as Coastal Carolina, Virginia Tech and South Carolina.

In the men’s 1500m, the blue and gold saw three finish in the top ten with freshman Louis Morris (Knoxville, Tenn.) leading the way with a second place finish and a personal best time of 4:02.32. Finishing in sixth place was sophomore Nick Horne (Blountville, Tenn.) with a time of 4:06.12. Rounding out the trio for the Bucs was junior James Garst (Jonesborough, Tenn.) who finished ninth with a personal best time of 4:06.80.

ETSU will once again compete in split-squad competition next weekend as the Bucs travel to the Pepsi Florida Relays and VertKlasse Meeting, March 31-April 1.