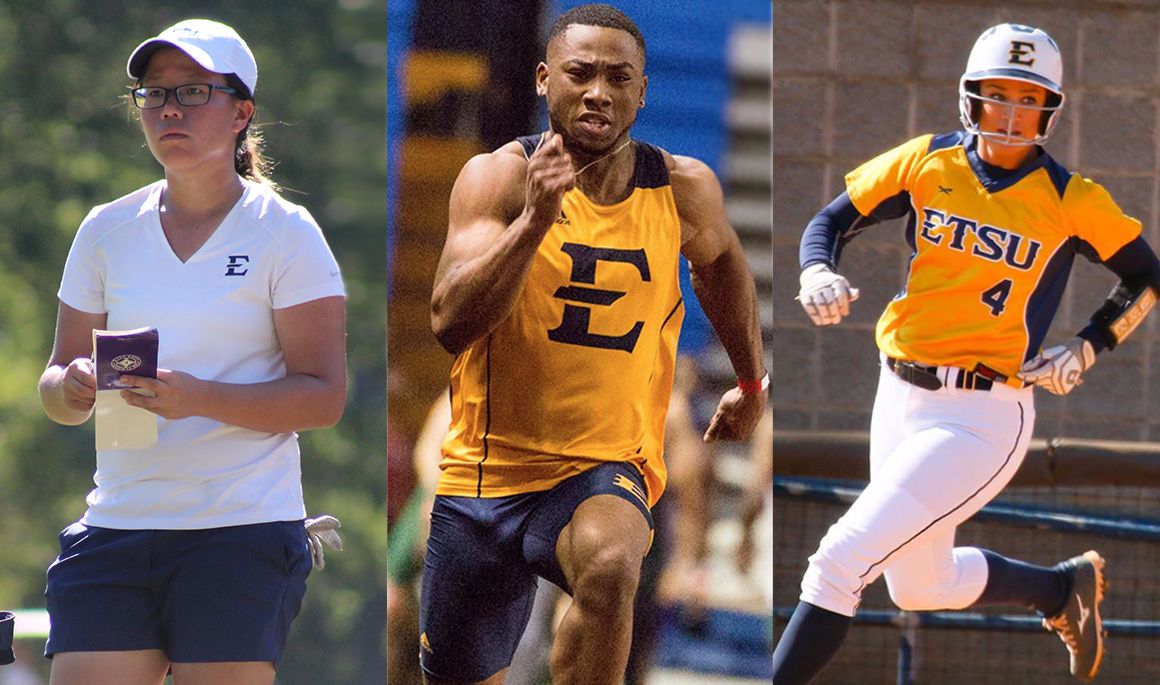 SPARTANBURG, S.C.  (April 6, 2017) – The Southern Conference announced on Thursday that ETSU women’s golf Loy Hee Ying, softball’s Danielle Knoetze and men’s outdoor track & field's Matt Moore have been named SoCon Athletes of the Month for their outstanding performances in the month of March.

WOMEN’S GOLF
Loy Hee Ying (Baru, Kulaijaya, Malaysia) earned her first career SoCon player of the month honor after claiming two player of the weeks honors during her sophomore season. In the month of March, Loy led the ETSU women’s golf team to a second place finish at the River Landing Classic in Wallace, N.C. and a tie for seventh place at the highly-competitive 3M Augusta Invitational in Augusta, Ga.

At the 3M Augusta Invitational, she placed tied for 13th as she finished the three-day outing at 6-over 222. In her second round, she carded a 5-under 67, which positioned her tied for third after the second day of competition.

Following the team’s first place finish at the Web.com Intercollegiate this week, Loy came in ranked 74th in the country, according to golfstat.com.

SOFTBALL
For the second straight month, the Bucs took home Player of the Month honors as Knoetze joins Tiffany Laughren (Erwin, Tenn.) – who received the honor in February. Knoetze hit .415 (22-for-53) with six doubles, five home runs, 15 runs and 13 RBI in 15 games last month. The Buccaneer slugger totaled five multi-hit games and led ETSU with four multi-RBI games, while hitting safely in 13 of the 15 games.

After losing seven straight games to start the month, Knoetze helped the Blue and Gold win six of their last eight games to close out the month. Knoetze led the Bucs to finish the month on a six-game home win streak where she hit .476 (10-for-21) with four doubles, two home runs, seven runs and seven RBI during that stretch.

The San Diego, Calif. native posted three three-hit games in the month, while registering three straight multi-hit games (twice vs. Radford and once vs. Tennessee Tech) where she went 8-for-15 with four doubles, a home run, six runs and five RBI as ETSU posted weekend sweeps over Radford and Tennessee Tech. In total, 11 of her 22 hits went for extra bases – six doubles and five home runs – and Knoetze recorded an .811 slugging and a .436 on-base percentage for the month.

Click here for Knoetze's stats for the month of March.

MEN’S TRACK & FIELD
To begin the outdoor season senior Matt Moore (Oak Ridge, Tenn.) has racked up two top-five finishes and won the 100m dash at the Charlotte 49’er Classic with a time of 10.71. For his performacne, Moore earned SoCon Men's Outdoor Track Athlete of the Week honors on March 22. Moore finished fifth at the Weems Baskin Invitational in South Carolina in the 100m with a personal best time of 10.46.