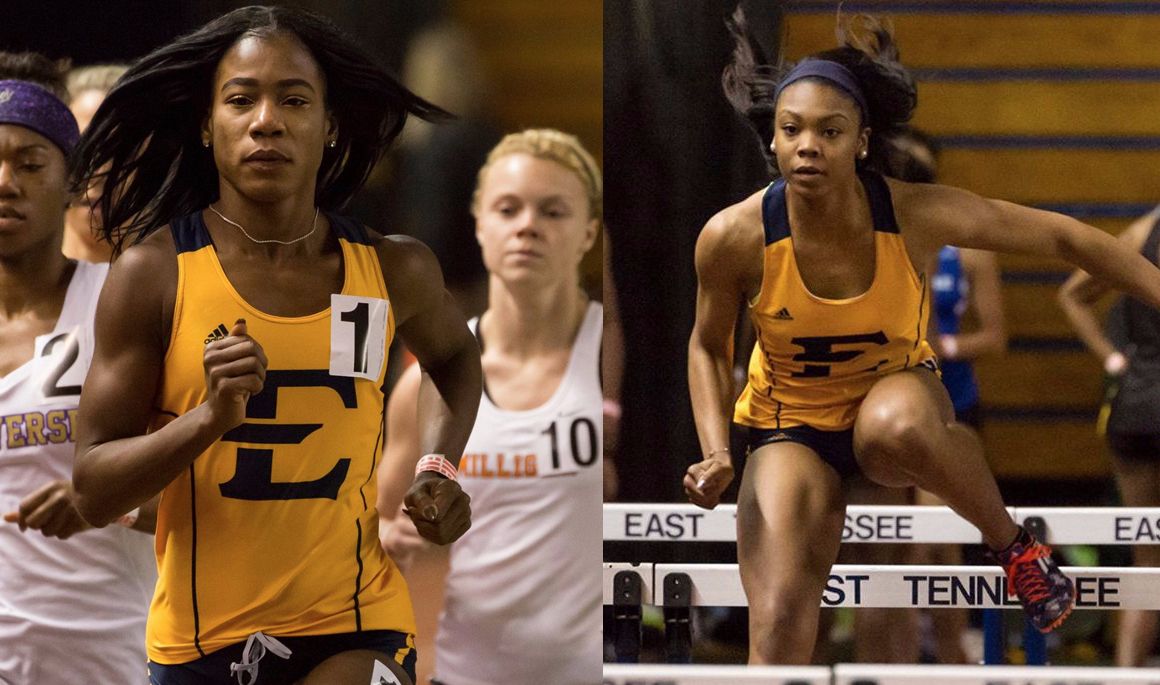 ETSU had a season-high eight event victories in Cullowhee

"We had a solid meet today and i am pleased with the overall team effort," said director of track & field/cross country George Watts. "We had several wins that included two school records."

Senior Katrina Seymour (New Providence, Bahamas) broke the school record in the 400 meter hurdles after running a time of 57.96 to win the event. It was the third time this season that Seymour has broken the school record, tying the record twice earlier this year.

It was the second event victory of the day for Seymour who also won the 400m dash with a time of 54.71.

The second school record to fall on the track today came from sophomore Kyra Atkins (Greer, S.C.) who took home the event victory in the 200m with an ETSU school record time of 23.94. Atkin’s time tied a school record set by Emani Harrison back in 2013.

"Katrina continues to move her way up the national list and Kyra continues a stellar year with her second school record of her career," said Watts.

For the men’s team the blue and gold collected four event victories on the day with the first coming in the field with sophomore Benjamin Johnson (Nashville, Tenn.) winning the javelin throw. Johnson won the event with a throw of 58.34m. Johnson also finished fourth in the shot put with a mark of 14.92m.

ETSU dominated in the men’s 1500m as the Bucs had seven finishers in the top ten including the first three spots. Junior Simeon Roberts (Greeneville, Tenn.) won his second 1500m event of the outdoor season finishing with a time of 3:55.42. Right behind Roberts was junior Carl Oberfeitinger (Kingsport, Tenn.) with a time of 3:59.49, followed by junior Haydn Borghetti-Metz (Rogersville, Tenn.) in third with a mark of 4:03.32.

In the 3000m steeplechase, freshman Adam Bradtmueller (Sarasota, Fla.) secured ETSU’s seventh victory of the season with a time of 9:26.30. Concluding the day in the 5000m was freshman Nathan Longfellow (Cookeville, Tenn.) who earned a victory with a time of 15:21.40.

"I feel we are in great position to have a solid conference meet in two weeks," said Watts.

The Bucs will receive one weekend off to prepare for the Southern Conference Championships, May 11-12, in Birmingham, Ala., hosted by Samford University.