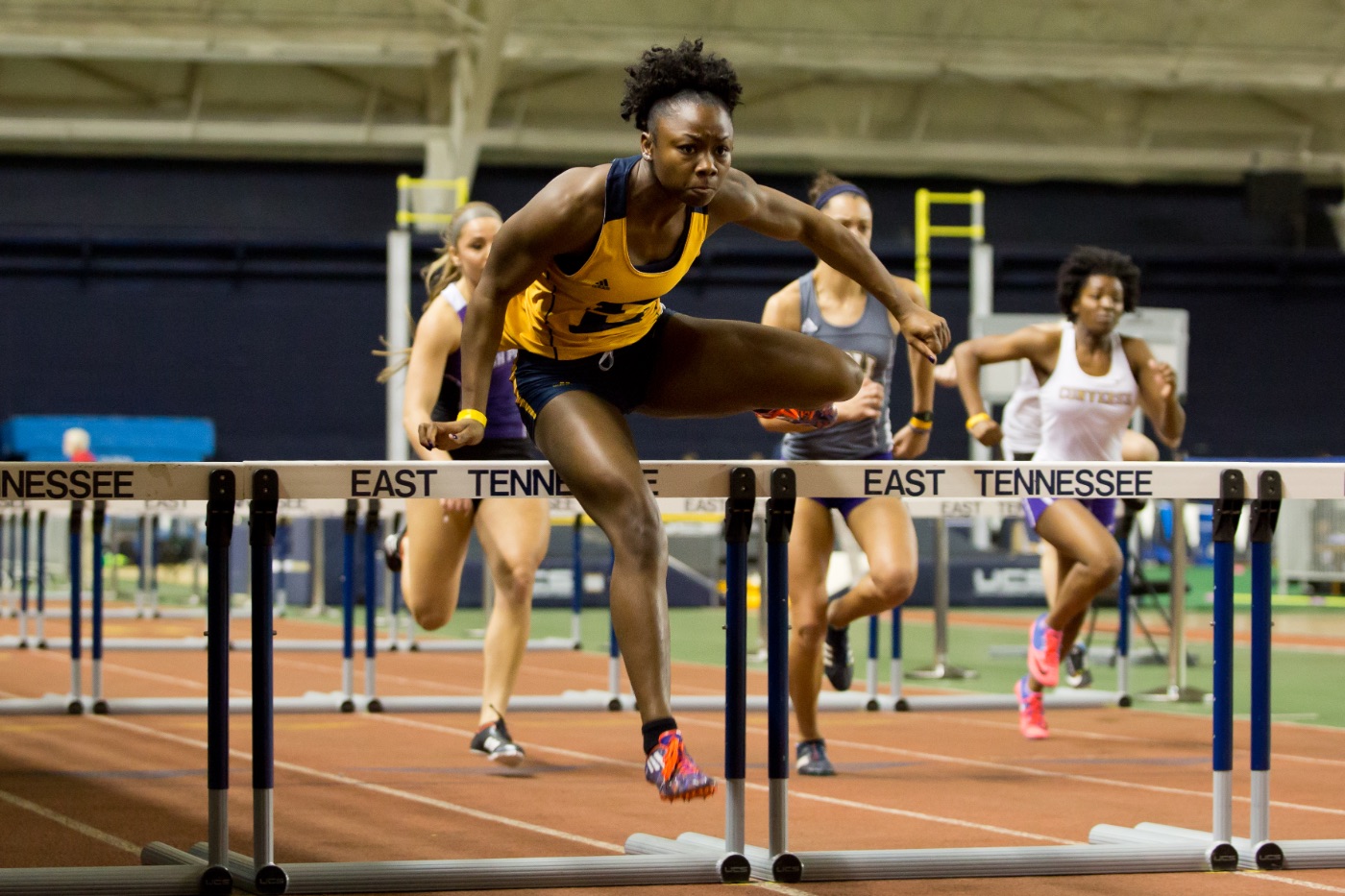 The highlight of the day came at the end, as junior Ben Johnson (Nashville, Tenn.) took home one of four “Athlete of the Meet” awards, given to two male and two female athletes who had the strongest outings in either track or field events.

In Friday’s men’s weight throw, Johnson broke a personal and school record by nearly a meter, blowing out the competition with a 19.86m throw. Saturday, Johnson finished eighth in the men’s shot put with a 14.55m mark.

"We had another strong showing today at the ETSU Track and Field Invitational,” said ETSU head coach George Watts. “Lamisha Simmons was our first winner of the day with a strong showing in the 60 meter hurdles. It was great to see both the men's and women's DMR victorious with strong legs from all four runners. We topped it off with a big win in the last contested event of the day as freshman Symphony Buxton won the women's shot put.”

Watts said the results from this weekend’s invitational go beyond what meets the eye.

“As always, there are ‘hidden’ results where we had athletes earn personal bests or perhaps made a final for the first time in their career,” he said. “Along with those performances, we had several kids earn top three finishes. We need both the big places and those depth points to have a chance to do well in conference championships.”

“We have a lot kids that want to contribute and do well for the team,” Watts said. “Whereas we had a few kids not perform up to their own expectations, they need to understand it's the first meet of the season, and their hard work and talent will pay off in the long run.”

“Finally, I want to once again thank our officials and alum who are officials for their hard work throughout the weekend. We couldn't do (this event) without them.”

For full results of the ETSU Track and Field Invitational, use the link on the right side of this page.