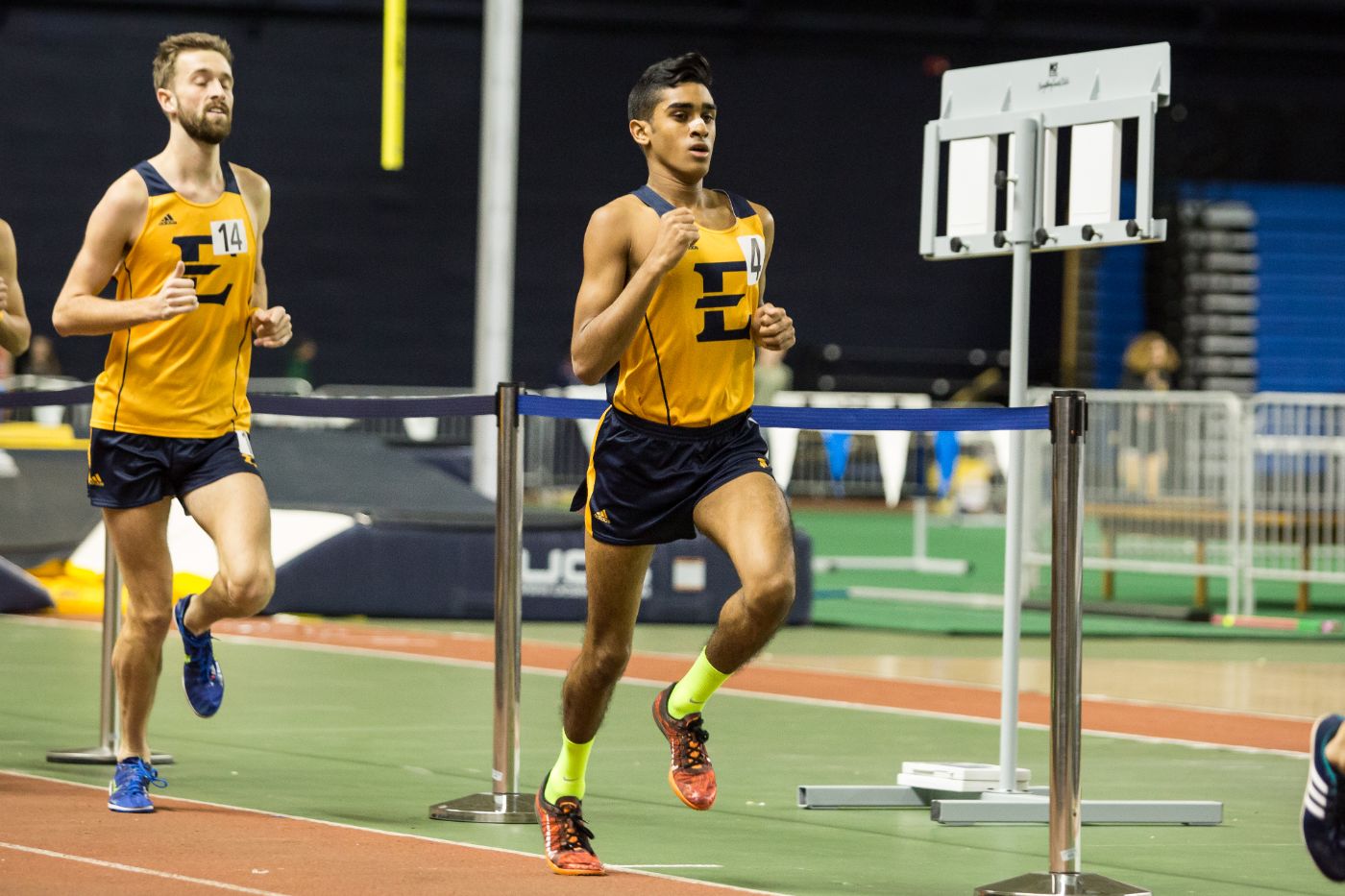 COLUMBIA, S.C. (March 24, 2018) – For ETSU’s track and field teams, youth was served on the final day of Weems Baskin Invitational in Columbia, S.C.

Rookies provided the top results, including a freshman’s first career outdoor win, on a busy Saturday at the Sheila & Morris Cregger Track in Columbia, S.C.

The Bucs’ victory came in the Open division of the men’s 1500 meters. Ben Varghese (Kingsport, Tenn.) broke the tape, and two teammates joined him in the top five. Varghese edged out KhayVonn Benson of Shorter University by just .21 of a second, with Louis Morris (Knoxville, Tenn.) and Carl Oberfeitinger (Kingsport, Tenn.) crossing the line in 4th and 5th, respectively.

The Bucs placed two in the top ten in the Invitational division. Simeon Roberts (Greeneville, Tenn.) was runner-up by a mere .36 of a second, with Noah Charles (Johnson City, Tenn.) finishing 7th.

In a competitive field of 81 athletes in the Open 800 meters, where the top four were separated by a mere .67 of a second, sophomore Adam Bradtmueller (Sarasota, Fla.) came in 4th, with Roberts in 8th.

Heather Feuchtenberger (Elizabethton, Tenn.) was 5th out of 70 the Open 800 meters, getting that spot by only .24 seconds. Another freshman, Colbie Williamson (Clyde, N.C.), was 20th.

Freshman Symphony Buxton (Knoxville, Tenn.) finished 10th out of 43 entrants in the shot put with a distance of 39’ 7 ¾”, and Makayla Shaw (Jonesborough, Tenn.) was tops among four Bucs in the 3000 meters, coming in 12th. Not far behind Shaw were sophomore Mia DePillo (Fort Wayne, Ind.) in 14th, and frosh Hannah Sokol (Kingsport, Tenn.) in 16th and Lindsay Bruce (Knoxville, Tenn.) in 18th.

Other women’s results included Nicki Smith (Urbandale, Iowa) finishing 23rd out of a field of 57 in the 400 meter hurdles. Lamisha Simmons (Hollywood, Fla.) led the Bucs’ contingent in the 200 meters by crossing the line 41st out of 203 entrants.

The team of freshman Vicki Franse (Clinton, Tenn.), Simmons, frosh Aliyah Hill (Snellville, Ga.), and Feuchtenberger was 8th out of 41 entrants in the 4 x 400 relay.

In other men’s results, Ben Johnson (Nashville, Tenn.), who broke his own school records in the javelin and the hammer throw on Friday, was 7th in the Invitational discus throw, with a distance of 150’ 8”. Sophomore Jordan Scott (Friendsville, Tenn.) leapt 6’ 2” to finish 9th in the Open high jump. The team of Haydn Borghetti-Metz (Rogersville, Tenn.), Scarr, Bradtmueller, and Ashton Wilson (Gray, Tenn.) was 16th out of 47 entrants in the 4 x 400 relay.