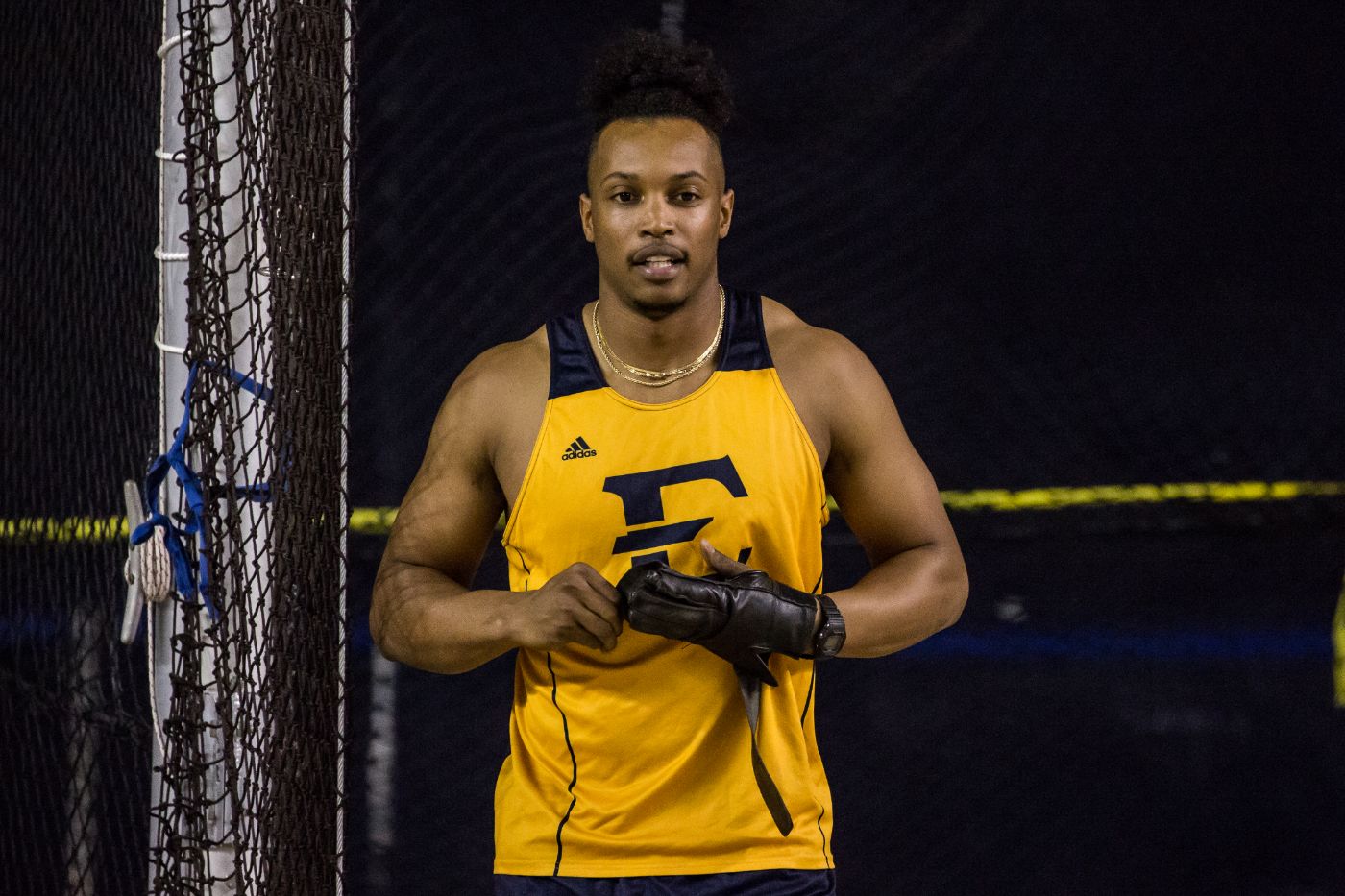 The Southern Conference on Wednesday named Johnson its Field Athlete of the Week for March 28, five days after he re-set two of his own ETSU records at the Weems Baskin Invitational in Columbia, S.C.

It’s the first Outdoor AOTW award in Johnson’s career. He won the honor in consecutive weeks during the Indoor season (January 31 and February 6).

This week’s recognition comes after he established new Buccaneer standards in the hammer throw and the javelin, each in the last of his six allotted attempts.

“Congratulations to Ben on winning the Athlete of the Week award,” said ETSU head coach George Watts. “He continues to perform at a high level every time he competes. His improvement from last year to this year has been inspirational. Although I’ve said this a lot, this year it’s been amazing to see how far he’s come in a short amount of time.”

Johnson also set the ETSU record in the discus (164’ 8”) at the 2017 SoCon meet, where he was the top-scoring male and earned him the Most Outstanding Field Performer award.

In the 2018 indoor season, Johnson became the first ETSU male athlete to qualify for the weight throw at the National Championships, and was the SoCon’s only representative in the event.