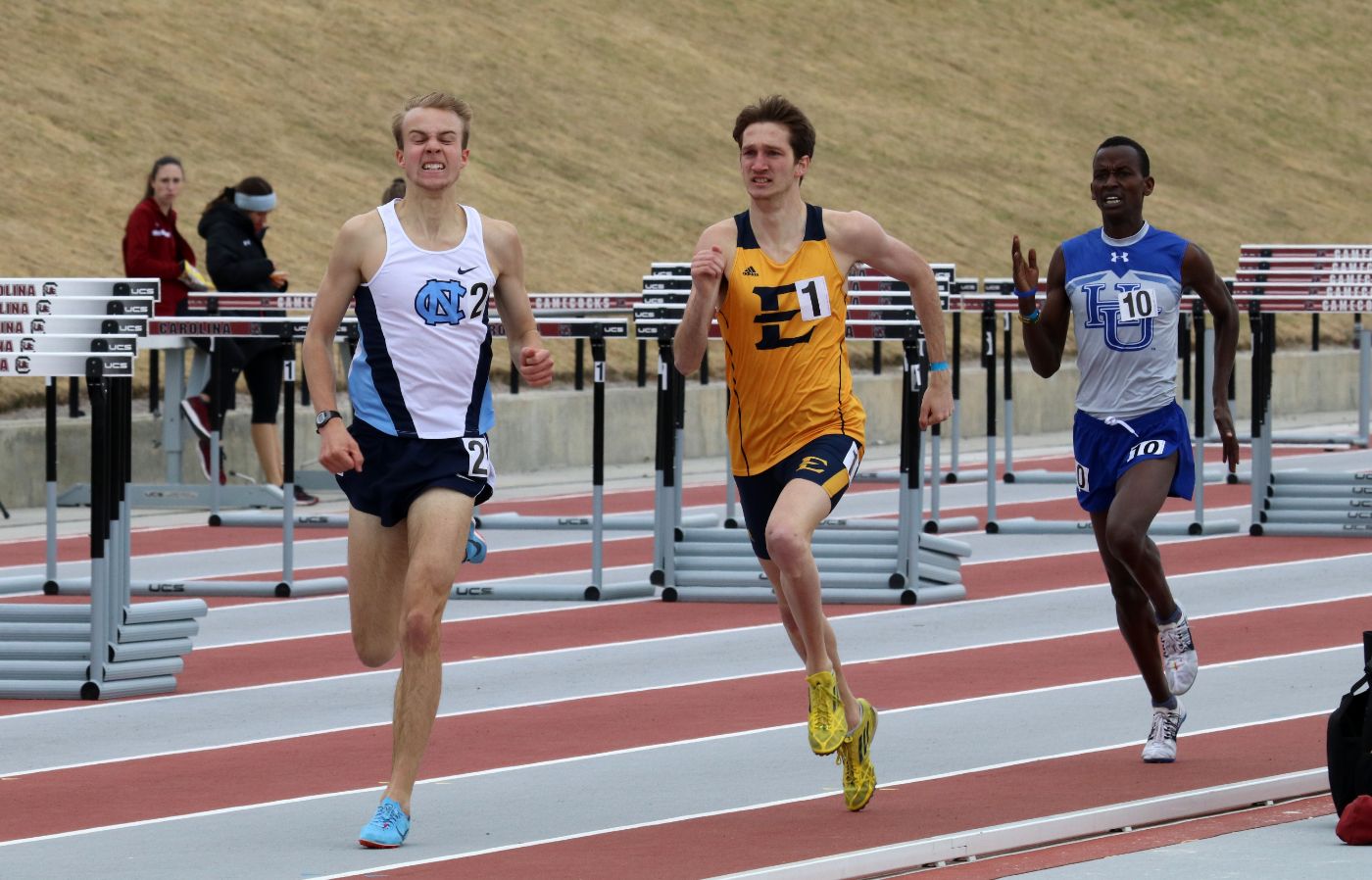 CHARLOTTESVILLE, Va. (April 20, 2018) – ETSU appeared in only two events on Friday’s first day of the Virginia Challenge, but got two personal records and national-caliber times at Lannigan Field in Charlottesville, Va.

Simeon Roberts (Greeneville, Tenn.) was 4th among collegiate athletes in the mens 3000 meter steeplechase, setting a new PR in the process. The senior’s time of 8:52.36 trimmed more than a second off his old best of 8:53.55, set at the Raleigh Relays on March 30, and is the 18th-best in the nation this season.

Noah Charles (Johnson City, Tenn.) likewise set a new career best while finishing 10th among collegiates on Friday. His time of 8:59.18 was better than 15 seconds quicker of his prior mark of 9:14.41, also set in Raleigh three weeks ago. It’s the 46th-best time in the nation.

The Bucs are set to appear in five of 36 scheduled five events on Saturday.