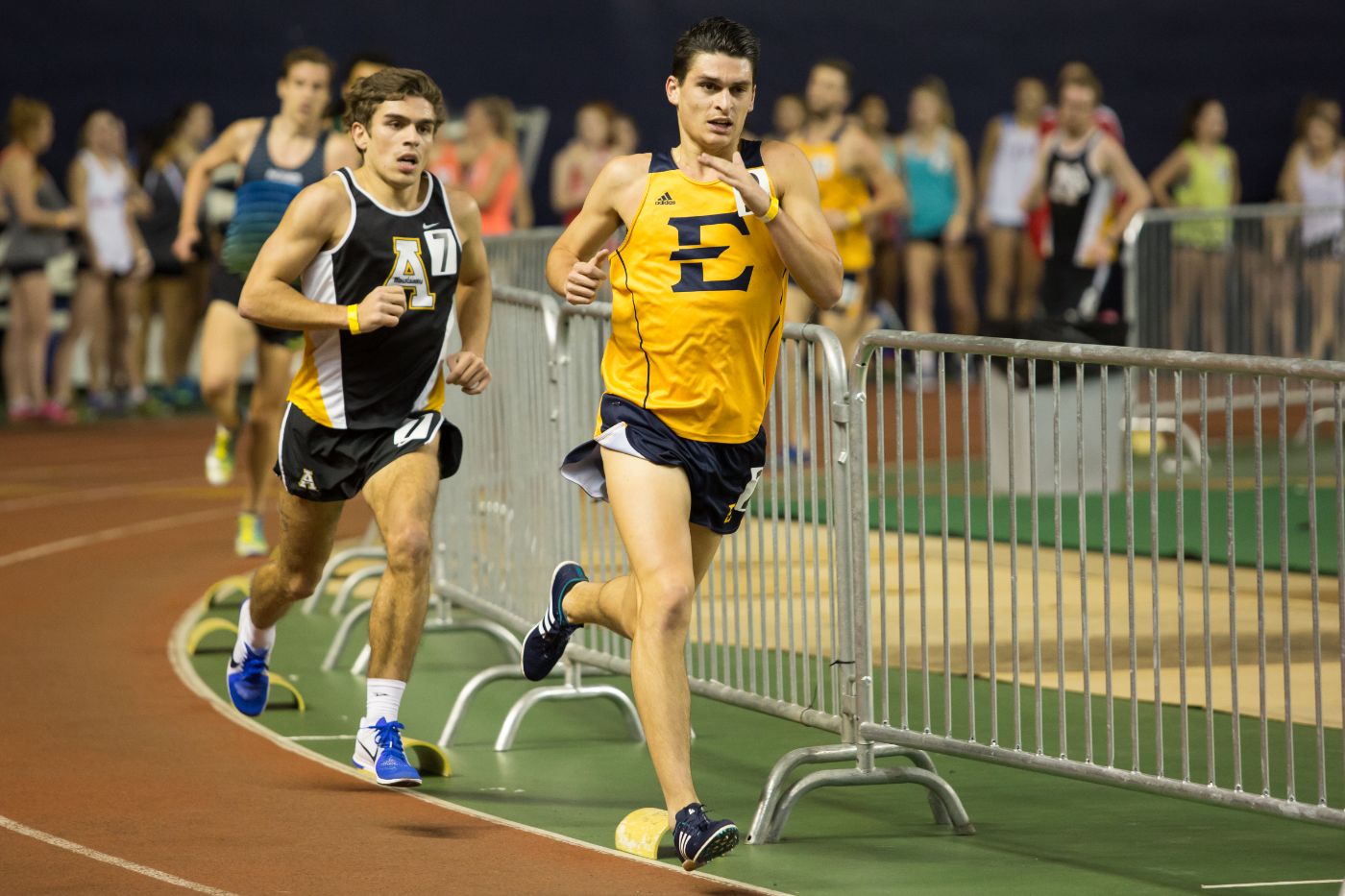 CHARLOTTESVILLE, Va. (April 21, 2018) -- ETSU’s small squad continued to turn in big results in the second and final day of the Virginia Challenge in Charlottesville, Va.

The Bucs are competing in only seven events on the weekend, a far cry from 35 in last weekend’s Catamount Classic. But ETSU got a pair of personal best performances Friday, and the pattern of success continued Saturday.

The Bucs’ day started well when Macy Carrier (Bluff City, Tenn.) pulled away for a nine-second win in the women’s 3000 meter steeplechase. Her time of 11:06.55 eclipsed her old personal best, set at the 2016 SoCon Championships, by nearly six seconds.

Shortly after Carrier’s victory, Adam Bradtmueller (Sarasota, Fla.) and Matt Scarr (Wamberal, NSW, Australia) finished 1-2 in a competitive men’s 1500. Bradtmueller’s 3:52.79 was within just .07 of a new PR in a race in which the top seven runners were separated by less than a second. Indeed, Scarr was just .28 behind Bradtmueller and .14 ahead of the 3rd-place runner, Parker Jones of Notre Dame.

Freshman Jessica Lord (Morristown, Tenn.) set a new personal best in her brief college career with a time of 2:14.09 in the women’s 800.  She finished 4th while chopping 4.52 seconds off the PR she had set at the Catamount Classic only one week ago