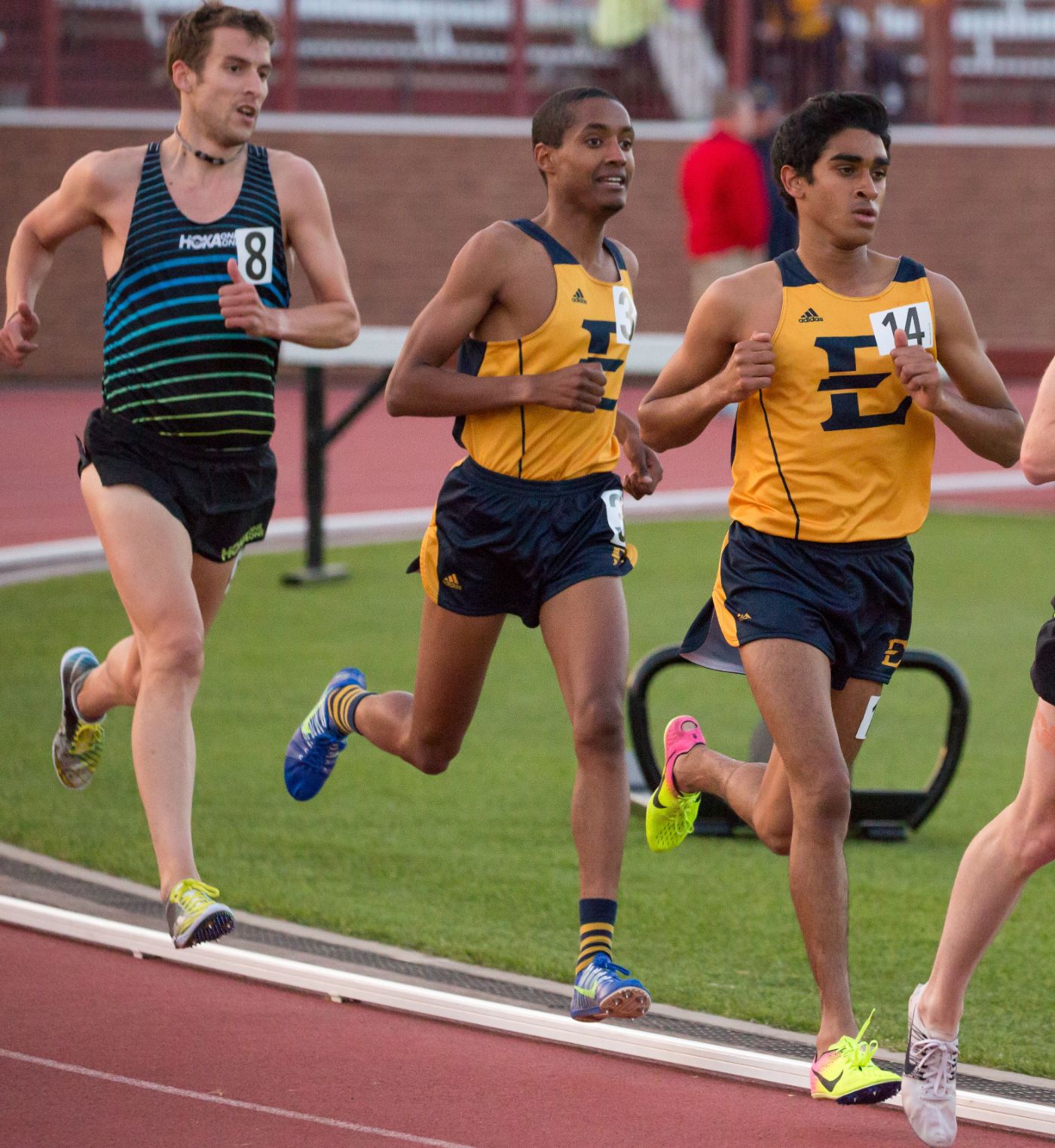 CULLOWHEE, N.C. (May 10, 2018) – Wins are what everyone is seeking, obviously, at a conference track meet. But team points are also important, and ETSU got some of both in Thursday’s first day of the Southern Conference Championships in Cullowhee, N.C.

The Bucs ended the day with three victories and the men’s team 2nd in the team standings with 53 points. The women’s team is 4th with 22 points.

Ben Johnson (Nashville, Tenn.) put ten points on the board by winning the men’s javelin, with a throw of 205’ 11 ¾”. Earlier Thursday he scored six six points with a 3rd-place finish in the hammer. The women added four more hammer points when Margaret Hayden (Ballymore, Eustace, Kildare, Ireland) finished 6th and Symphony Buxton (Knoxville, Tenn.) was 8th, both with new personal bests.

On the women’s side, Macy Carrier (Bluff City, Tenn.) put points on the board with a 5th-place finish in the last steeplechase of her college career.

Karon Delince (Phenix City, Ala.) added a point by finishing 8th in the men’s long jump. Later Thursday, the freshman turned in the top qualifying time in the 200 meters, with a personal-best time of :21.28, and was 4th in the preliminaries of the 100 meter dash. The 100 final is at 2:20 pm EDT on Friday, an hour before the 200 final.

Atkins took a step closer to her third straight SoCon titles in the women’s 100 meters and the 100 meter hurdles. In the dash prelim, she was 3rd, just ahead of Kiana Davis (Ooltewah, Tenn.). In the hurdles, Atkins turned in the fastest qualifying time by better than a half-second. Easley also advanced with the 6th-best time.

Atkins and Davis were 2nd and 3rd in the 200 preliminary, and Lamisha Simmons (Hollywood, Fla.) advanced along with them by finishing 7th.

The Bucs put four runners into the final of the men’s 1500 meters. Ben Varghese (Kingsport, Tenn.) put up the top time of 3:54.56), Roberts was 6th, Bradtmueller was 7th, and Matt Scarr (Wamberal, NSW, Australia) grabbed the 9th spot. The final is scheduled for Friday at 1:20 pm.

Scarr turned in the top preliminary time in the 800 meters, and Haydn Borghetti-Metz (Rogersville, Tenn.) advanced with the 6th-best time. The final on Friday is at 2:40 pm.

Lindsey Stallworth (Knoxville, Tenn.) took the 9th qualifying spot in the women’s 1500. The final is tomorrow at 1:30 pm.

Nicki Smith (Urbandale, Iowa) is squarely in the field in the women’s 400 meter hurdles, coming in 4th on Thursday. The final tomorrow is scheduled for 3:10 pm.

The Bucs placed four on the the SoCon's All-Freshman teams. Delince got a spot on the men's team, while Buxton, Jaden Finch (Glen Aubrey, N.Y.) in the hammer and Sydney Hawks (Pearisburg, Va.) in the javelin made the women's squad.

Day 2 in Cullowhee starts for ETSU at 10:00 am with the final three events in the heptathlon, where Marabeth Clark (Maryville, Tenn.), Jazmin Lacy (Smyrna, Ga.) and Kendra Whitehurst (Atlanta, Ga.) are competing. Friday’s first field event is the men’s shot put at 11:15.