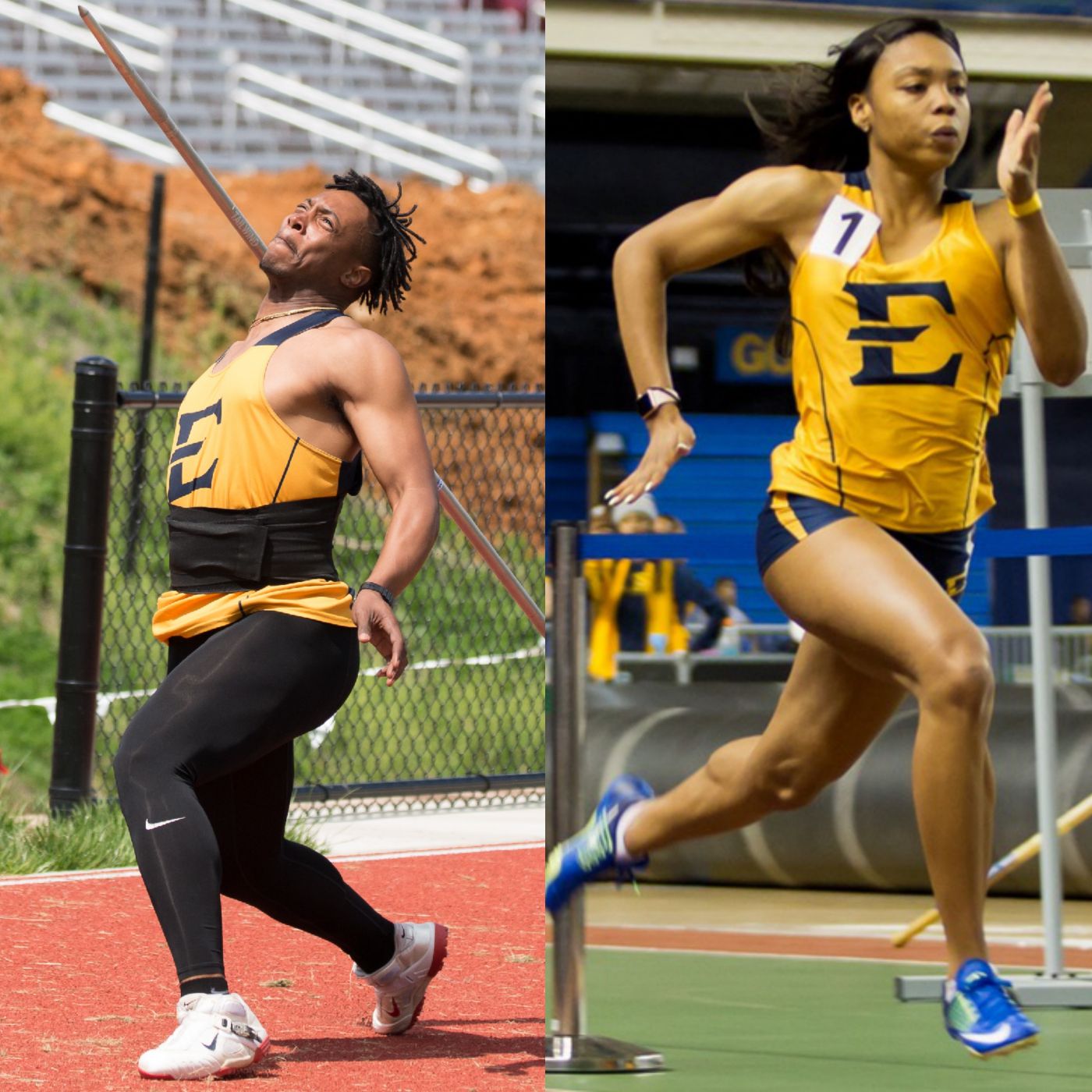 For Kyra Atkins (Greer, S.C.), it was the preferred route.

The ETSU junior clinched a spot in the women’s 100 meter hurdles in next month’s NCAA Outdoor National Championships with an 11th-place finish in the East Preliminary meet Saturday at USF Track & Field Stadium.

The top 12 in Saturday’s quarterfinal round – the top three in each of the three heat races, and the three next best times -- earned a spot at the national meet starting June 6 in Eugene.

Atkins was 5th in a deep 2nd heat that produced three of the top six results of the day. Her time of :13.38 was a mere one-hundredth of a second outside the top ten and four-tenths ahead of the final qualifying spot.

Atkins went to Tampa as the three-time defending Southern Conference 100mH champion and seeded 27th in the 48-woman field. She had reached the quarterfinals with a wind-aided :13.21 in the first round on Friday.

"I'm very happy for Kyra. She kept her composure and qualified out of lane eight," said ETSU head coach George Watts. "It'll be a great opportunity to gain valuable experience and hopefully take it a step further at the NCAA Championships."

This will be the first trip to the national meet in three tries for Atkins, who saw her season end in the East prelim meet each of the last two years.

The national semifinal round of the 100mH is scheduled for Thursday, June 7 at Hayward Field.

ETSU came within less than a foot of another Buc going to Eugene.

The close call ends a year in which Johnson re-wrote the ETSU record book. He set, and re-set, new standards in the discus, javelin, and hammer -- breaking the latter mark Thursday at the East Prelim. Over the indoor and outdoor seasons, Johnson earned five SoCon Athlete of the Week awards and was Athlete of the Month for March and April.

Johnson also qualified for the Indoor National Championship meet in College Station, Texas, where he finished 13th in the weight throw on March 10.

"I know Ben is disappointed, but he had an outstanding year," Watts said. "He has another year where he can set the standard very high and be a national-level elite thrower."