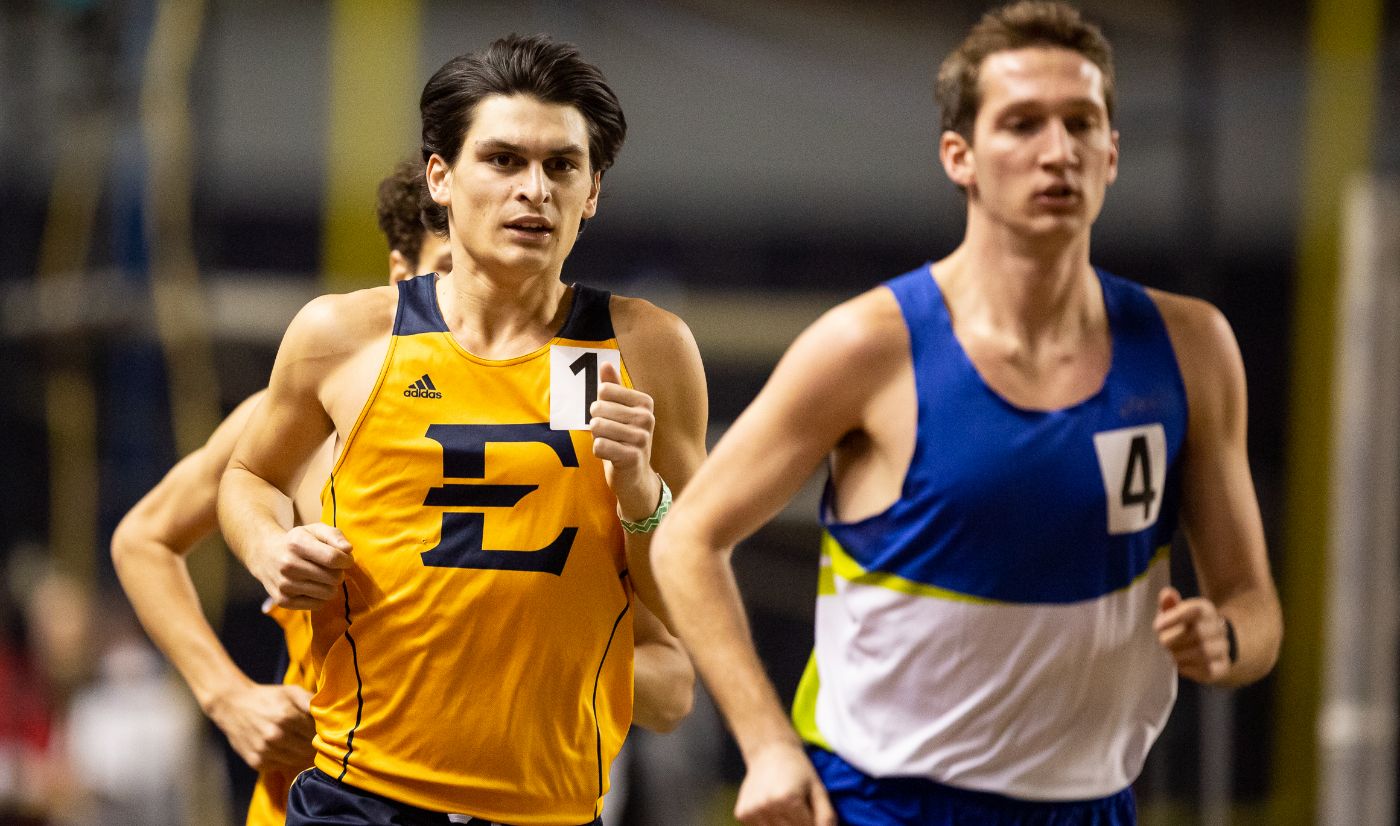 JOHNSON CITY, Tenn. (Jan. 11, 2019) – The ETSU Track and Field Invitational officially began the indoor season for the Blue and Gold on Friday, as numerous Bucs competed at home inside the ETSU/MSHA Athletic Center.

A handful of Bucs qualified for finals in sprinting events, the field side saw some high finishes and senior Adam Bradtmueller (Sarasota, Fla.) took gold in the 5000m run to highlight Day One of ETSU’s season-opening home meet.

ETSU Director of Track and Field George Watts said today’s opening meet served as a learning experience for the team heading into tomorrow and the rest of the season.

“Although we did not compete close to our full teams, I was pleased with our first day efforts at the ETSU Track and Field Invitational,” Watts said. “Other than the normal nerves and some rust to knock off, we're never quite sure what we'll get at our first track and field meet each year.

“Normally, our upperclassmen are a little more relaxed than our freshmen, but we hope all of them will have a positive experience and give the coaches an idea of their fitness level. We look forward to day 2 and seeing how our kids respond in the finals and other open events.”

On successful prelims: “We had a victory, some personal bests and several people advancing to tomorrows finals. It was great to see seniors Kiana Davis and Lamisha Simmons advancing in one of their primary events and freshman Lanaya Martin qualifying for two finals."

On field and multi-performers: " Overall I thought we did a nice job throughout the event areas. Oftentimes our field event athletes struggle with their technique early in the season, but after today I feel they have a good base going forward. Early in the season we try to run all of our kids in one of their secondary events to go along with their primary discipline. I felt we had success in both scenarios.”