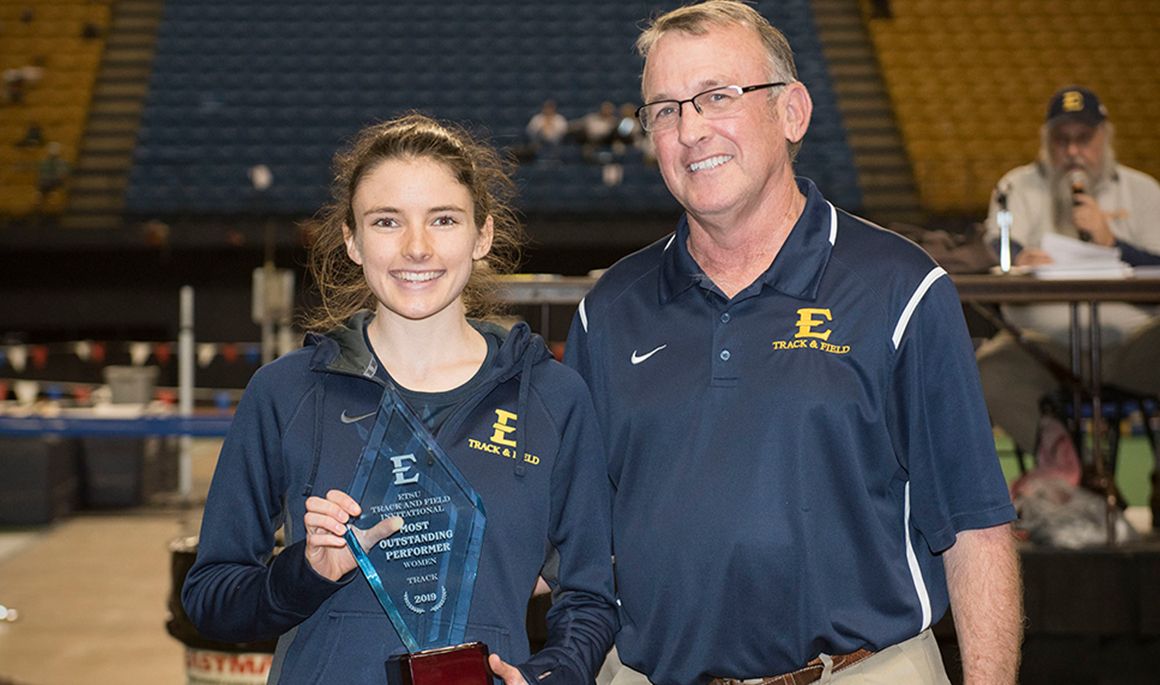 The Bucs had four event winners on the track side, completing a strong second day in the home meet. One of those winners, redshirt freshman Lindsey Stallworth (Knoxville, Tenn.), hoisted hardware at the end of the day as she earned the ETSU Track and Field Invitational Women’s Track Athlete of the Meet award.

“I was happy to see our team have a solid performance on Day Two of the ETSU Track and Field Invitational,” said ETSU Director of Track and Field George Watts. “I felt like we did a good job of meeting our expectations for this meet.  We had four wins today and I feel like we maxed out in most of our events. Lastly, I want to thank  our dedicated officials who work tirelessly throughout every home meet weekend and do a first-class job. We truly could not do it without them.”

On 60m dash win by Davis: "Kiana Davis had her best season opener to win the 60m dash and have the fastest split of our 4x400m relay participants.  Kiana appears ready to have a fantastic senior year."

On Simmons doing it all: "Lamisha Simmons had a solid meet by placing in the 60m dash, 60m hurdles and running a leg on our A team 4x400m. Lamaisha always gives you her best effort — and today was no exception.

On Lanaya Martin's debut: "As I mentioned yesterday, freshman Lanaya Martin also made the finals in the 60m, 60m hurdles and gained some valuabale experience in her first collegiate competition. It was an impressive first meet."

On Stallworth's Win: "Lindsey Stallworth ran a smart relaxed race to win her first 3000m race ever and really seems prepared to have a fine indoor season."

On Buxton in throwing events: "I'm pleased with Symphony Buxton's throw in the shot as she had a solid first meet in the throws."

On Varghese's dominant 3K: "Ben Varghese had a great opener in the 3k winning by over 20 seconds and showing why he was an NCAA qualifier in cross country this past Fall. The sky is the limit for Ben."

On Wes Pectol's ETSU debut: "Fifth year transfer and med student Wes Pectol backed up his 800m performance with a win in the mile run. I've been very impressed with the progress he's made while balancing his medical school studies. Wes is a Greeneville High School grad, and I think it's so cool that he is representing ETSU in track while attending medical school."

Up next for ETSU is the Gamecock Inaugural in Columbia, S.C. on Jan. 18-19. The meet is hosted by the University of South Carolina.