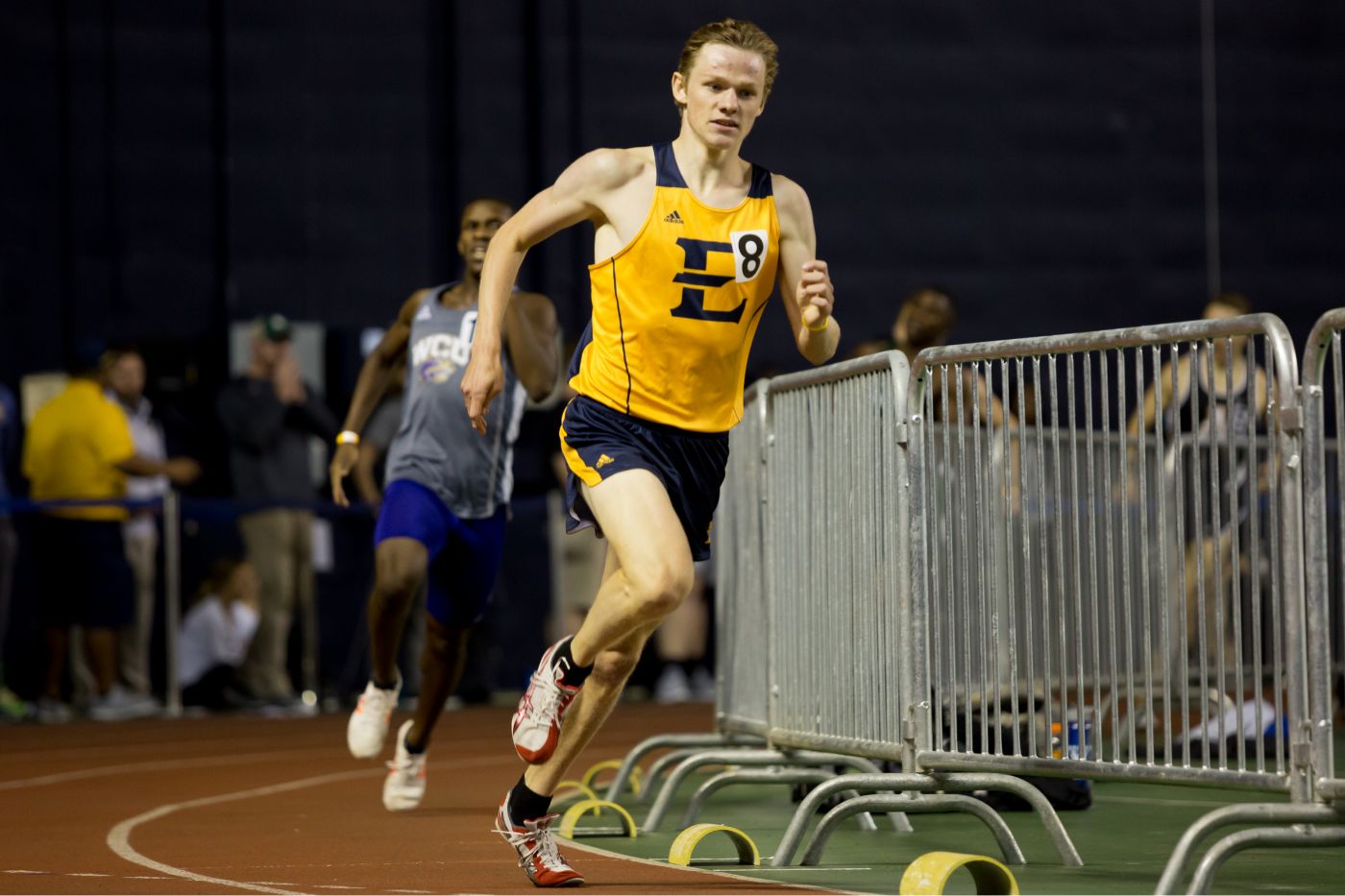 LEXINGTON, Va. (Jan. 26, 2019) – Seven wins and a haul of personal records made for a memorable meet for ETSU Track and Field Saturday at the VMI Team Challenge in Lexington, Va.

As a unit, the ETSU men’s and women’s teams each finished third place with seven individual victories. The men tallied 86 points while the women racked up 82 points for the bronze.

The sophomore duo of Ben Varghese (Kingsport, Tenn.) and Lindsey Stallworth (Knoxville, Tenn.) won running events for the third straight week, while redshirt senior Ben Johnson (Nashville, Tenn.) earned a pair of wins in throwing events. Three other Bucs picked up their first wins of the season at VMI.

"We continue to have some decent performances as we progress through the first half of the season," said ETSU Director of Track and Field George Watts. "We've yet to compete a full team — especially on the women's side. We have a lot of work ahead of us as we try to get some athletes healthy and get more reps under their belt. We had several wins and other top three finishes today, and it's always a plus when you get used to winning."

Standout performances for the men: "Especially impressive was Ben Johnson in both throws, Ben Varghese leading a sweep in the mens mile and a one-two finish in the mens 3000m run by Matt Scarr and Adam Bradtmueller."

Standout performances for the women: "Lindsey Stallworth continues to sparkle as she remains undefeated by winning the 3K with another personal best. Jessica Lord turned in nice a winning performance and running an indoor best along the way. Other strong performances included Lamisha (Simmons) finishing second in the hurdles and Genevieve (Schwarz) earning a third place finish with another personal best in the 3K. Jaden Finch and Margaret Hayden finished off the meet with personal bests in the weight throw."

On what lies ahead: "We look forward to hosting our second home meet next weekend where we hope to have a few more people competing as we move closer to the conference championship."

The Bucs return home next week for their second home meet of the season — the Buccaneer Track and Field Invitational. The two-day meet will run on Feb. 1-2 inside the MSHA/ETSU Athletics Center. The final day of the meet will serve as ETSU’s senior day.