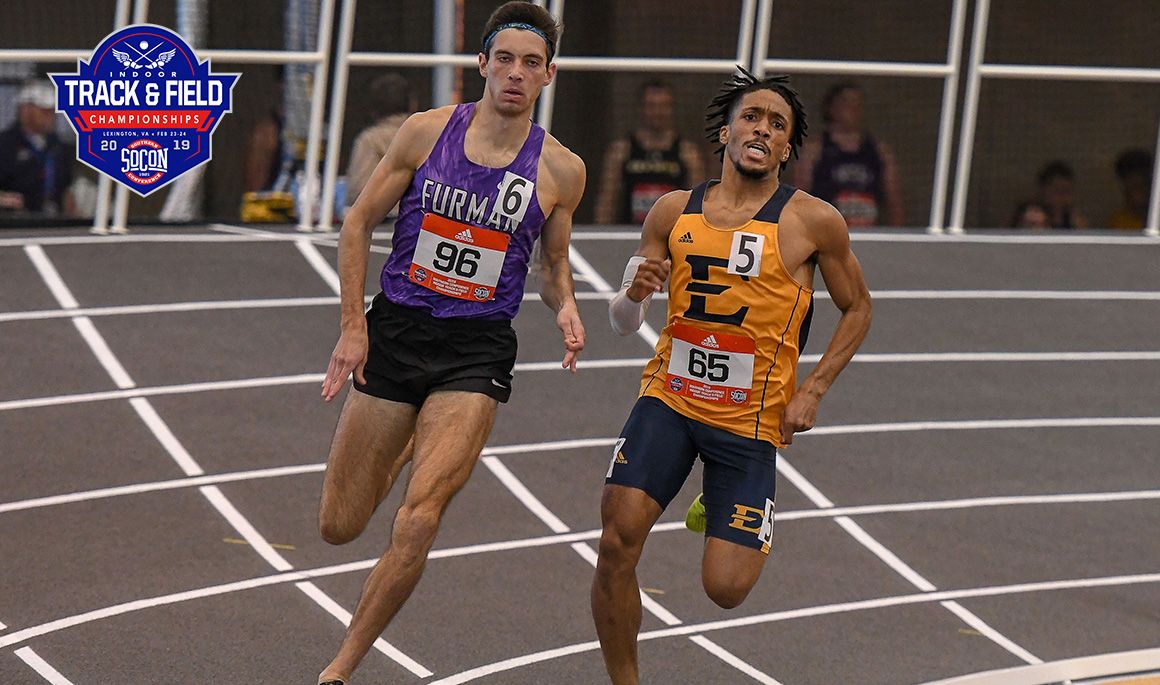 LEXINGTON, Va. (Feb. 24, 2019) – The ETSU Track and Field team wrapped up the Southern Conference Indoor Championships on Sunday, tacking on one more championship victory on the final day of the meet.

The Bucs finished third place on the women’s side with 104 points, while the men placed fourth with 89 points — missing third place Furman by only one point.

“I'm mostly pleased with the final outcome of the conference championships,” said ETSU Director of Track and Field George Watts. “We came away with five individual championships led by Ben Johnson's two wins, a fair number of podium finishes and personal bests.

“Freshman Khiara White winning the women's long jump on her last attempt was arguably the most dramatic and exciting performance of the meet for the Bucs. It was fun to watch Ben Varghese in the 3K and the men's DMR team win the last two events of Saturday evening. Most impressively, the men won all three events they contested that day.”

On the women’s finish: “Although we went into the meet somewhat banged up on the women's side, we still managed to exceed the form charts to finish third. Two thirds of our women's team at the meet were freshmen and sophomores, so I'm excited about the future.”

On the men’s finish: "Our men's team is somewhat shorthanded in numbers, and even so just missed out on a 3rd place finish by two points. Although we had several opportunities to get a two-point swing, I can't fault them too much for their performance.”

On getting to the next level: “We had 14 of 16 men score and 17 of 23 women score. That's slightly better than 75 percent of the combined teams. That's a good percentage, but in order to win a championship, we need close to 100 percent for both teams and a chance to field a larger contingent of men.”

Words of gratitude: “I was really pleased with the team unity and show of support from the team members not competing in the meet. We had quite a few kids make the trip up to Lexington to cheer on their teammates. We had parents and alum in attendance, and I can't thank them enough for their constant support of our athletes.”