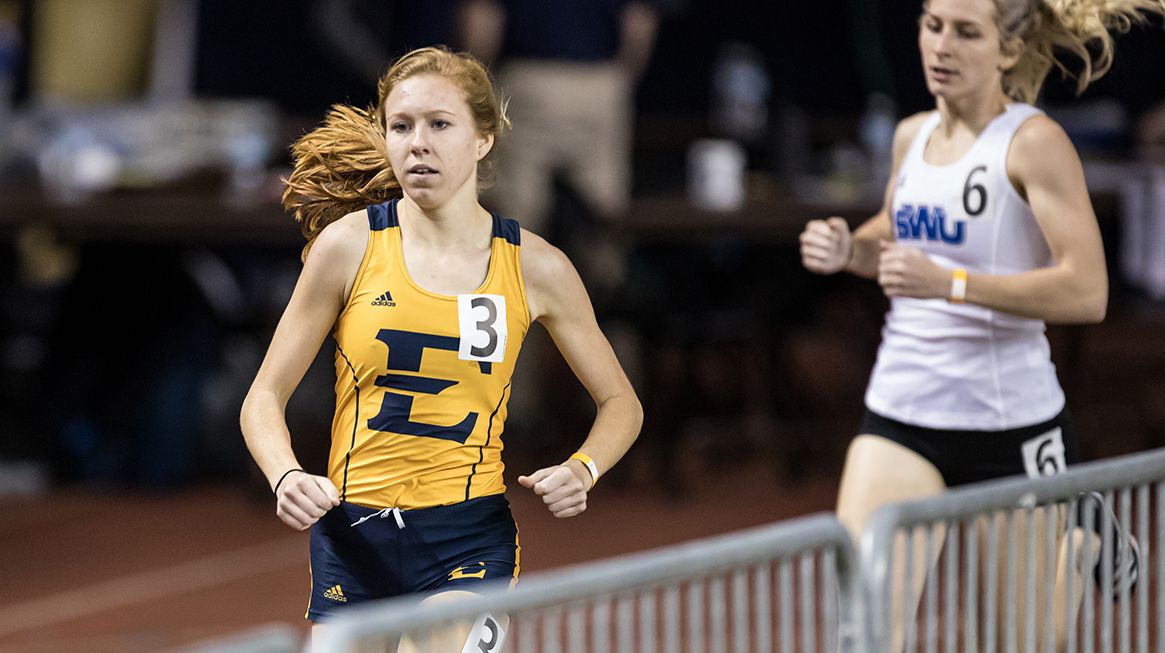 Six Bucs qualified for finals in sprinting events, the field side grabbed a couple top three finishes while Heather Feuchtenberger finished with the only gold for the Bucs in the 800m run to highlight Day One of ETSU’s season-opener.

“I liked the attitude and approach of both teams, I saw a lot of kids supporting their teammates and excitement for the start of the season,” said ETSU Director of Track and Field George Watts. “Overall, I’m just very pleased with the team’s competitive effort today.”

On the women’s team: “Our women had one of our better first days of a first meet in quite some time.  We have finalists in all three sprints as well as the hurdles.  We had strong performances in the weight throw and the high jump to highlight the field events."

On the men’s team: "We didn't have nearly as many men competing today , but I'm satisfied with the business-like approach they showed today.  Like their female counterparts I think the men throwers had a good day as well.”

On Feuchtenberger’s win in the 800m run: “Anytime you have a winner then I think that becomes the highlight of the day.  Heather showed a lot of poise in the win.”