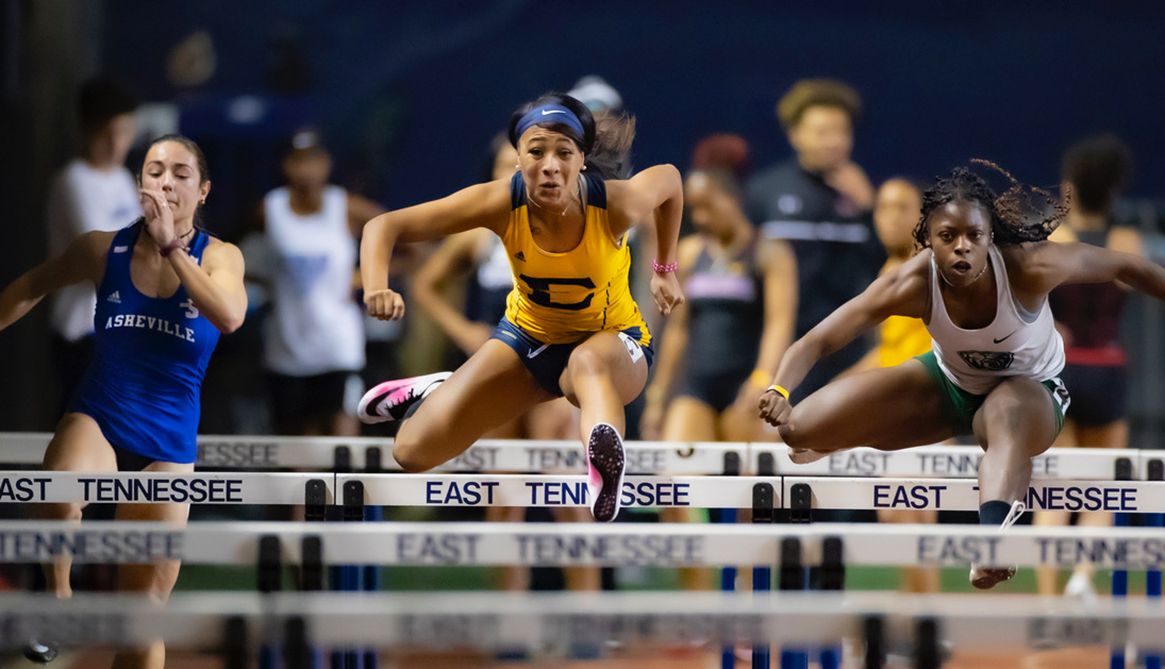 JOHNSON CITY, Tenn. (Jan. 31, 2020) – The ETSU Track and Field completed day one of the Buccaneer Track and Field Invitational on Friday, highlighting the home meet with a sweep in the 4000m distance medley relay while receiving some strong individual performances.

The opening day was highlighted through some collective team efforts in relays, as both the men and women’s 4000m DMR teams took home gold for the first wins for ETSU in the meet. Kennedi Johnson continued her strong start to the season, posting the fastest time in both the prelims and semis of the 60m hurdles on her way to tomorrow’s finals.